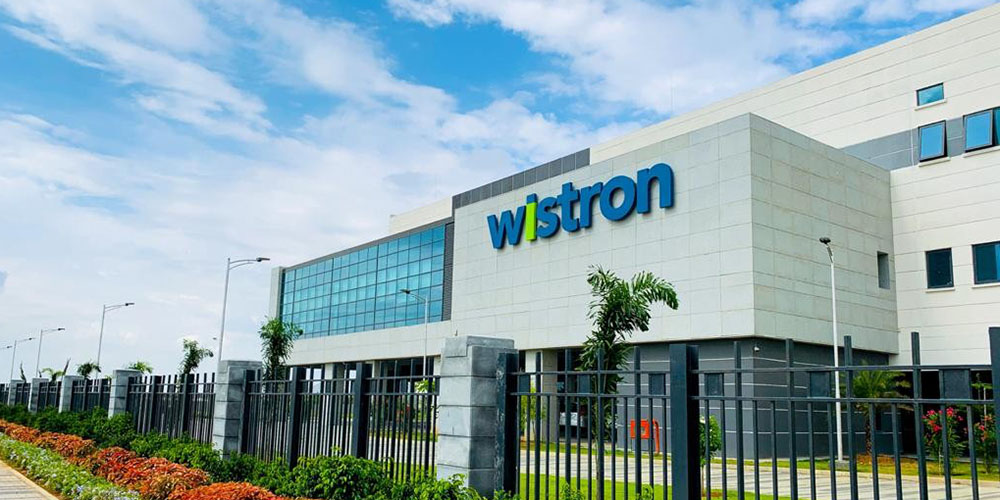 Indian iPhone production has begun at a new Wistron plant, initially with test production before mass production begins next month. Wistron has also begun recruiting 10,000 staff for its newest plant.

Taiwan-based Wistron Infocomm Manufacturing (India) Pvt Ltd, one of the main contract manufacturers of Apple devices, is expected to start commercial production of the popular iPhone at its Narasapura plant in Kolar district in the coming days. In preparation for this, the company has already started hiring activities […]

The manufacturing facility in Kolar is expected to generate around 10,000 jobs. As per the Karnataka Industrial Policy, 70 per cent of jobs should be given to locals. Accordingly, at least 7,000 people from Karnataka are expected to get jobs here. The company is believed to have already recruited about 2,000 people so far.

Narasapura is home to Wistron’s third Indian iPhone plant, which started production on earlier models around the start of the year.

Wistron says that its third Indian iPhone plant is now ramping up for full-scale production after an earlier successful trial. Wistron was Apple’s first iPhone assembler in the country, and initially began production with the iPhone SE — still sold there — before adding the iPhone 6S and iPhone 7

India’s importance to Apple as a manufacturing center has grown considerably since the first Foxconn plant back in 2016. The goal at that stage was simply to make older and lower-end iPhone models for local sale. Apple’s primary production capabilities remained firmly centered in China.

Things have changed rather dramatically since then. Apple’s increasingly uneasy relationship with China has highlighted the risks of being overly dependent on a single country for the vast majority of production.

The substantial tariffs imposed by the Trump administration on Chinese-manufactured products made diversification of manufacturing a much more urgent matter. Apple reportedly responded by asking suppliers to price up the cost of moving 15-30% of production out of China.

The combination of all these factors meant that Apple ramped up its efforts, with talk of shifting up to a fifth of iPhone production from China to India over the next five years, with most of the production destined for export.

Up to $40 billion worth of iPhones could be made in India. Only $1.5 billion worth of phones are sold locally, meaning that the vast majority of production would be destined for other countries.