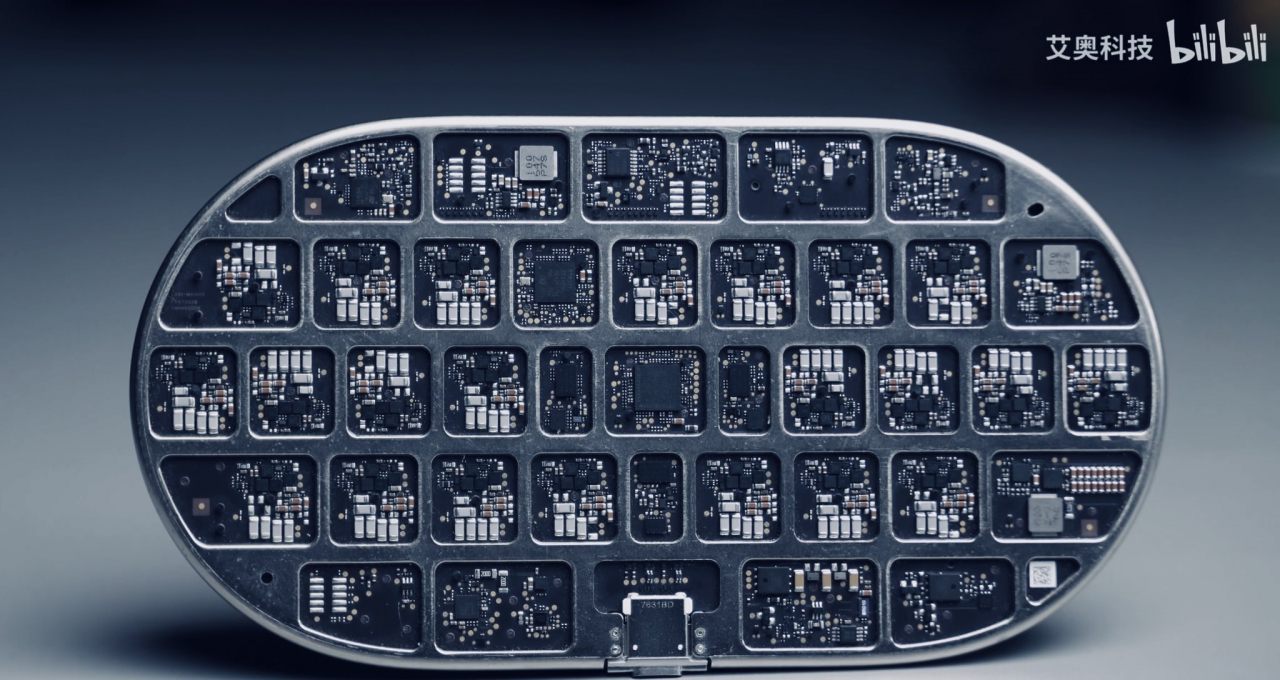 After first announcing its multi-device smart wireless charger back in 2017, Apple officially canceled AirPower in March of 2019. Now a video has surfaced that shows a teardown of an alleged AirPower prototype revealing an intricate design.

iClarified (via Mr.white) reported on the video uploaded to bilibili showing a detailed teardown of the alleged AirPower’s multiple layers.

In the video, we get a look at what appear to be 14 wireless charging coils in total, tightly packed and layered across the surface area of the device that was aiming to charge Apple devices anywhere you placed them on the mat.

Another interesting aspect of the design is the keyboard-esque metal frame segmenting the dense amount of electronics packed into the wireless charger.

We also get a look at the Lightning port on the back of the alleged AirPower unit.

Officially, Apple said it “concluded AirPower will not achieve our high standards.” Several reports suggested that specifically, the problem was overheating issues and we also heard that the project was too expensive. If this is indeed an AirPower prototype, the complicated design clearly illustrates why this would be much more expensive to produce than your average multi-device wireless charger.

Early this year, Apple analyst Ming-Chi Kuo predicted that Apple would release a “smaller wireless charging mat” in the first half of 2020. That hasn’t happened so far this year, and details weren’t clear on how that charger might be different from the canceled AirPower.

Meanwhile, other companies are still working away at a wireless charger that offers the benefits of what AirPower aspired to. Aira FreePower is one example with an 18-coil matrix. Nomad’s upcoming Base Station Pro is going to use the tech.