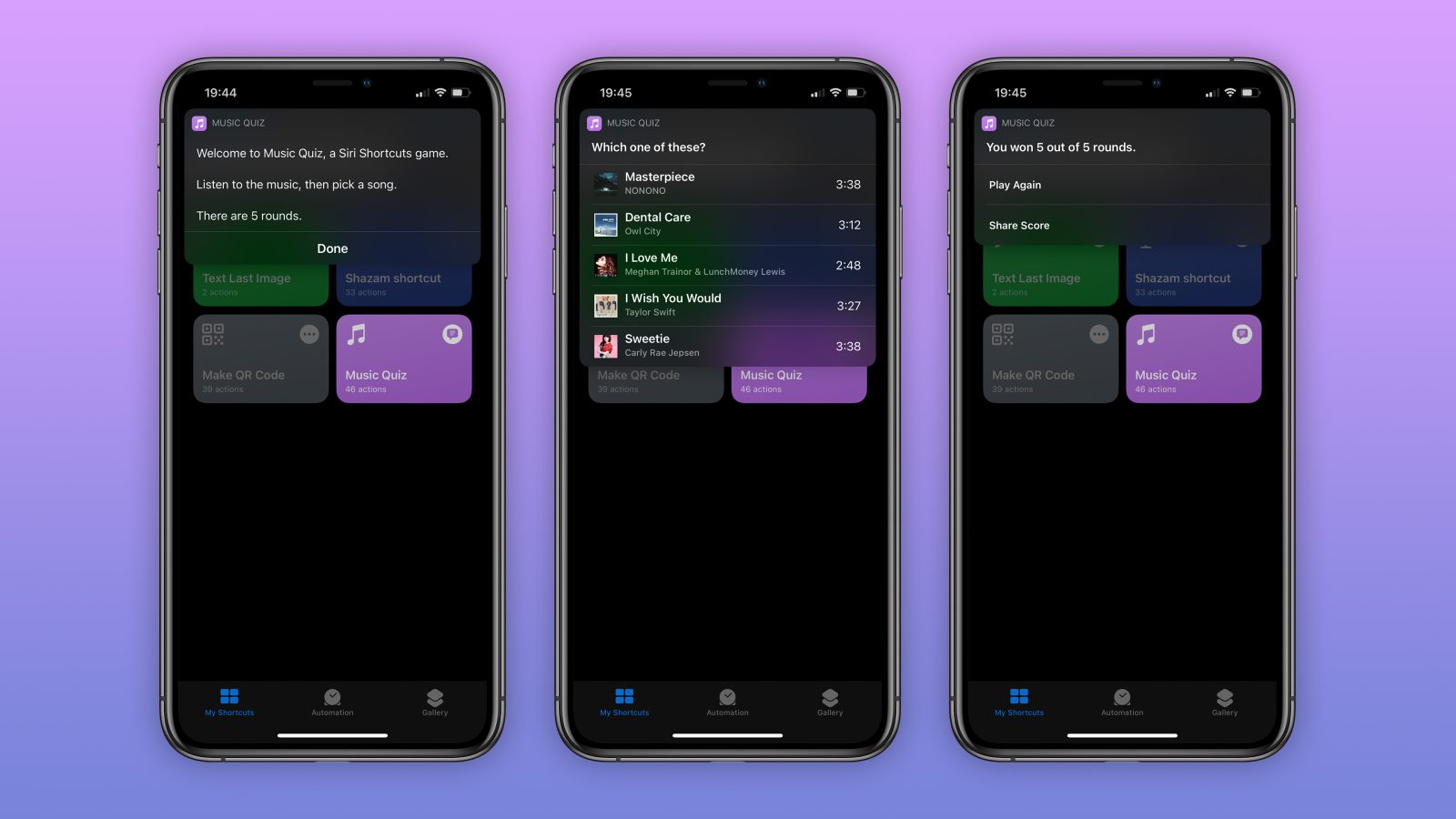 If you once had an iPod with Click Wheel, you might remember a mini game called Music Quiz, which consists of correctly guessing which song is being played. With iOS 14, Apple has quietly revived this game as a complex shortcut — and it works just like the old version running on iPods.

On the iPod, Music Quiz plays a number of songs in shuffle mode, and it provides five different options for you to choose which song is playing. The shortcut version of this mini game on iOS 14 is quite similar, as it also plays random songs with five different answer options.

Music Quiz on iOS 14 is part of the “Starter Shortcuts” folder, which offers four different shortcuts that demonstrate what users can do with the app. In order to find and play Music Quiz on your iPhone or iPad running iOS 14 or iPadOS 14, just follow the steps below:

Since the mini game works only with the system’s native Music app, it requires songs purchased from iTunes, synced from a computer, or from Apple Music. Once you run Music Quiz, all you need to do is turn up the volume on your iPhone or iPad to listen to the songs and guess them correctly.

The game has five rounds, and it shows the five different answers on the screen with the name of the songs, artists, and album artworks. You can keep playing more rounds or even share your score on social networks.

The most interesting aspect, however, is the fact that the Music Quiz mini game was built entirely with Apple Shortcuts, which demonstrates how powerful the app is. Expert users can edit the mini game’s shortcut to explore how it was built and also modify some of its aspects.

What do you think of Music Quiz being available on iOS 14 as a shortcut? Do you remember the mini game on iPod? Let us know in the comments below.