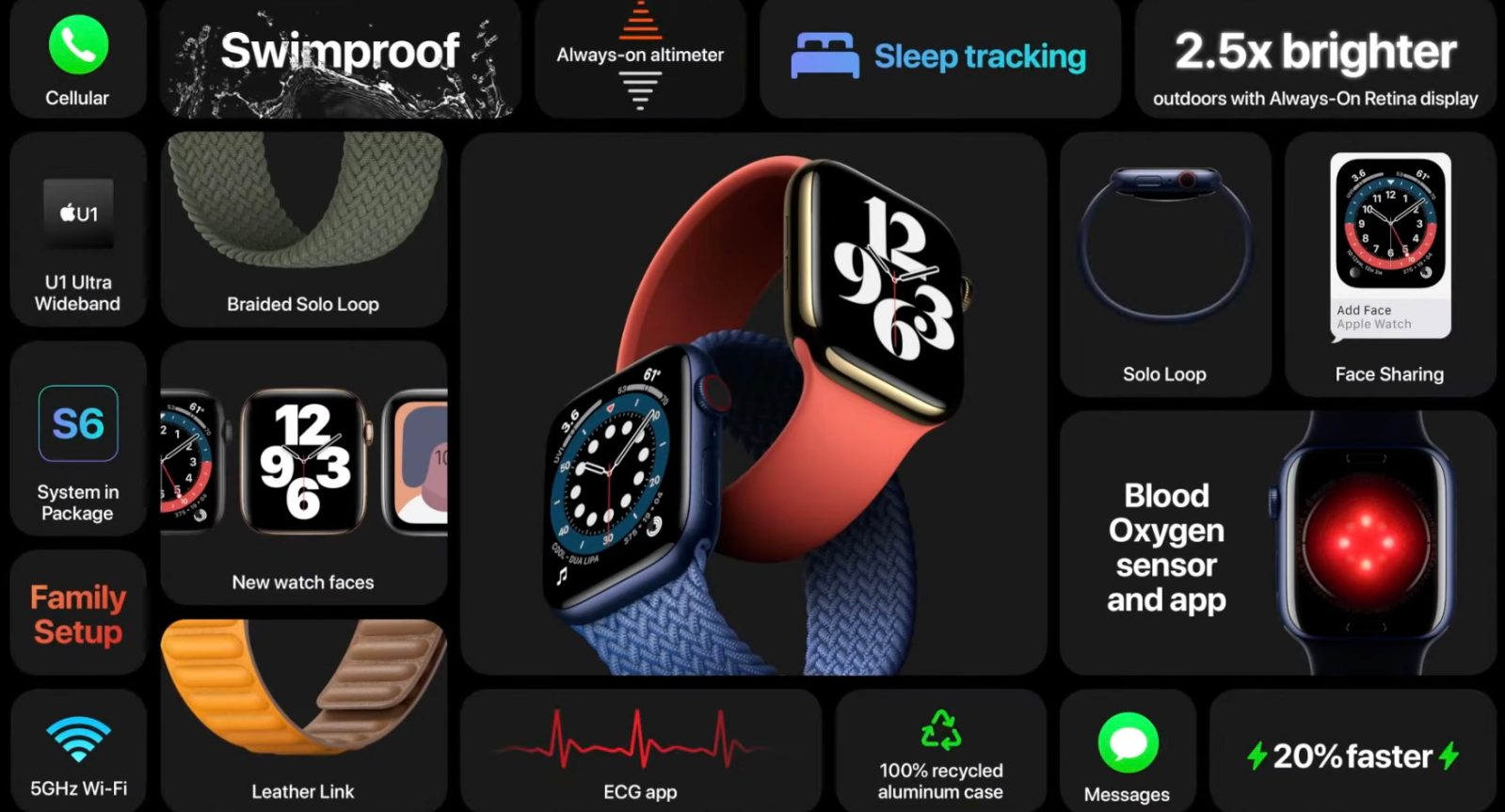 During today’s event, Apple showcased a variety of new Apple Watch faces, and based on the iOS 14 and watchOS 7 golden master releases to developers, these new watch faces are not exclusive to the new Series 6. This means at least Apple Watch Series 4 and Series 5 can access these new faces.

There are seven new Apple Watch faces in total, including Stripes, Chronograph Pro, GMT, Artist, Memoji, and Count Up for tracking lap times.

The Apple Watch Series 6 is the first Apple Watch to support 5GHz Wi-Fi, which was an omission that had started to frustrate some users.

Apple also indicates that the new Apple Watch Series 6 will charge 20% faster than the Series 5. This is especially notable given that many Apple Watch users will be looking for faster charging in conjunction with sleep tracking.

In addition to the Apple Watch Series 6 itself, Apple today also unveiled new Apple Watch band choices, including the Solo Loop and the Braided Solo Loop. These bands feature a seamless design with no clasps, buckles, or overlapping parts.

One possibility is that the fit between the Series 3 design and the new Solo Loop and Braided Solo Loop isn’t perfect but that in the real world, they actually will work together. We’ll have to wait until we get some hands-on time to confirm.

A few other tidbits regarding new Apple Watch bands: