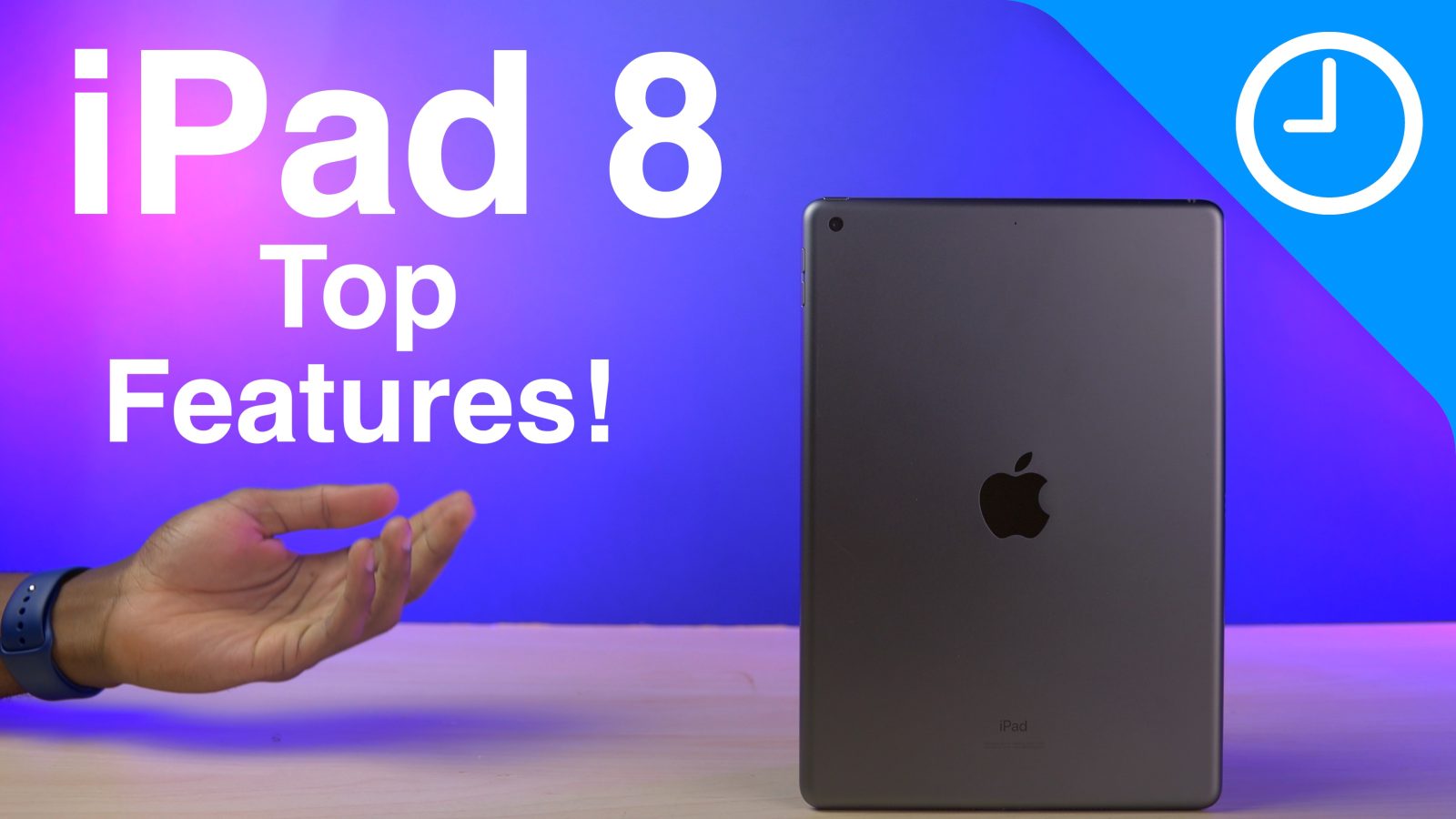 The 8th generation 10.2-inch iPad brings some minor updates for this year. While it may not be the most exciting iPad of this year. It’s still probably the best value iPad you can get and the best iPad for most people. Here are its best features.

Performance is the hallmark feature on the 8th generation iPad, as this model has gotten upgraded to the A12 Bionic chip. This is the same chip found in the 3rd generation iPad Air and the 5th generation iPad Mini, as well as the iPhone XR and XS. If you’ve ever gotten to use any of those devices, expect this iPad to perform similarly for a lot of tasks.

In my usage, the iPad 8 does perform substantially better than the 7th generation does. Applications load up a tad faster, gaming performance is a lot better, and general multitasking performance has seen an increase. Is it on-par with the iPad Pro or the upcoming Air? Absolutely not. But for the $329 price-point, this is probably going to be the best performing option you can buy.

LumaFusion is one of the best options for editing video on iOS. And when using it on the iPad 8, I had a perfectly smooth experience. When scrubbing through the timeline, I can jump from one point in the project to another and playback the clip with no dropped frames or hesitation, which is nice to see. It only took me 06:30.31 minutes to export a 10-minute 4K video with some transitions and effects, which is very impressive for this sub-$400 iPad. It is definitely going to be a reliable option if you need to whip up a quick edit on the go.

Gaming on the iPad 8 has also been a great experience. I tested multiple titles, varying in graphical intensity. The iPad 8 was buttery smooth throughout it all. I didn’t think I would enjoy gaming on the iPad 8 as much because of the lack of ProMotion. Surprisingly though, I fount it quite adequate to game on the iPad. And not all games fully support the iPad Pro’s 120Hz refresh rate, so that’s something to consider.

The Apple Pencil is noticeably more responsive than on previous models. You don’t really feel that slight delay the same way you could on the previous iPad model. And this is something that’s extremely important for artists, religious note-takers, or if you’re playing some kind of game using the Apple Pencil. It can be annoying to have that delay and that’s not something I’m experiencing on the iPad 8. It’s been great for me to take notes or even scroll through Twitter occasionally.

And of course you’ve got all of the awesome iPadOS 14 features. You can draw in any text field with Scribble, copy handwritten notes as text, and generally speaking, there’s more precision when drawing or writing. If you’re a student who’s constantly needing to take notes or are looking for an inexpensive iOS device for illustration, this is the best way to go. If there’s anything I want for the next generation iPad, though, it’s to update the Apple Pencil or design the iPad 9 to support Apple Pencil 2.

One of the best selling points of the entry-level iPad is battery life. And this year the A12 Bionic has brought even more improvements to the 8th generation iPad. With this processor upgrade, there’s been an improvement in general battery efficiency. Apple is claiming here that you can get up to 10-hours of use out of the iPad 8. And I can definitely attest to that.

Battery life has been excellent for my daily usage. I can easily end the day with 30 – 40% battery depending on how hard I push it. And once again, when you put the price into perspective; you’re paying $329 for a device that you can take off the charger in the morning and use all day if you’d like. That’s a pretty good value proposition in my eyes.

Overall, there aren’t many shiny additions to this 8th generation iPad, but it still offers an incredible value proposition for the average user. It can handle every-day productivity tasks with ease and is going to last a lot longer than its competition because of the tight hardware/software optimization. Right now Amazon is selling the 32GB iPad 8 for below its going rate, which is a steal. I’d highly recommend jumping on that deal as soon as possible if you’re in the market for a new iPad. Let us know your favorite feature of the new iPad in the comments below!