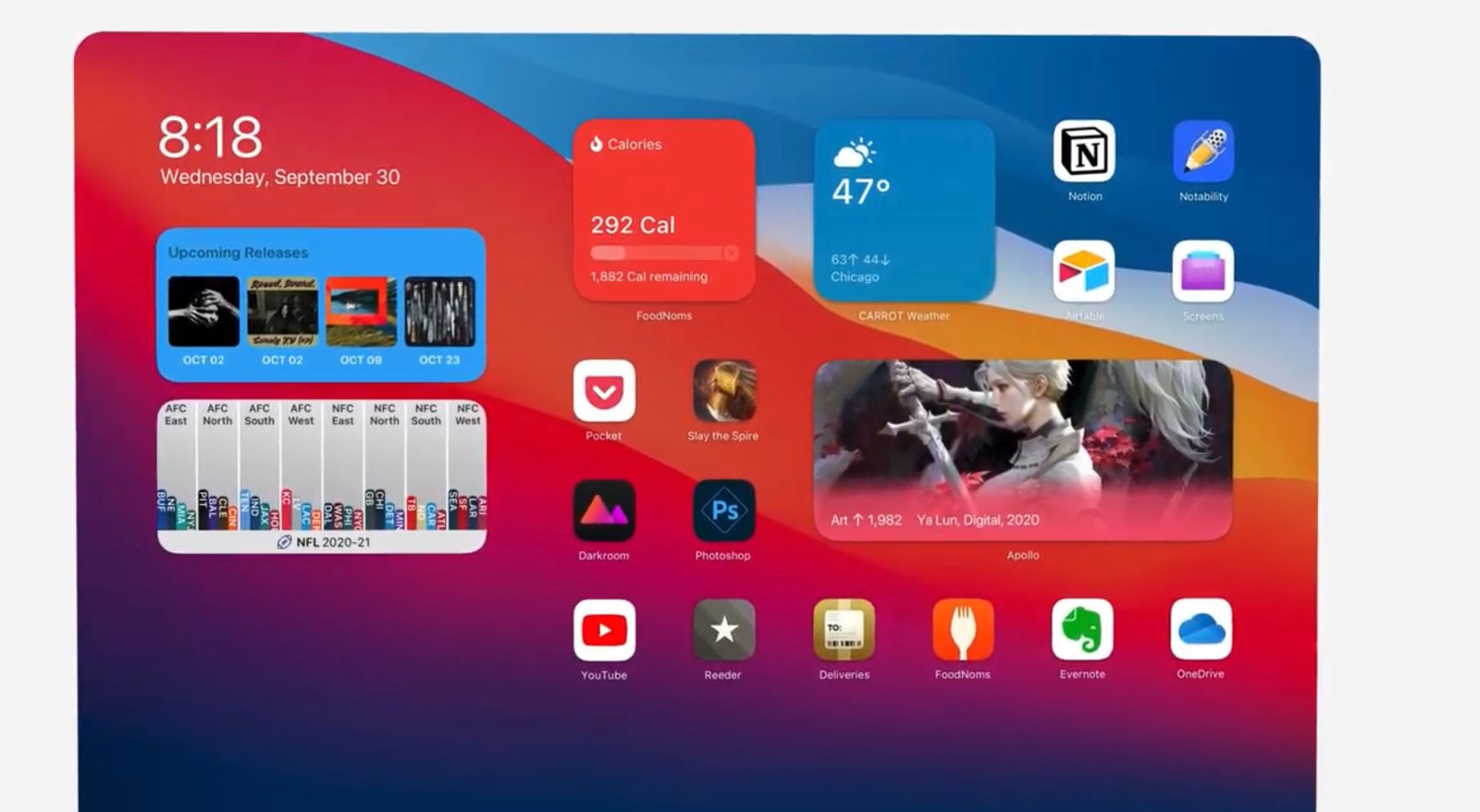 iOS 14 home screen widgets have proven to be immensely popular, and while they are also available in iPadOS 14, there’s one major limitation. On iPad, widgets can only be added to the Today view sidebar, but a new concept imagines what the iPad home screen might look like if that were to change.

While iOS 14 widgets can be added directly to your home screen and mixed-and-matched with apps on multiple pages, that’s not the case in iPadOS 14. On the iPad, the new widgets can only be added to the Today view, which appears along the left-hand side of the first homepage screen.

Matt Birchler’s new concept imagines what “proper widget support” on iPad could look like. In this scenario, you would be able to add widgets directly to your iPad’s home screen and intermingle the widgets with traditional app icons.

Fun fact, did you know that depending on your iPad size, mode, and orientation, your icons will be either 38, 46, 58, 62, 64, 68, 76, 88, 96, 102, 118, or 137 points apart in the UI? It’s true! This idea that the icon grid is in any way fixed and can not change is not backed up by how the home screen already works. My solution actually reduces the variance in spacing that we have today, somewhat ironically making the grid more consistent than it is today.

Here’s a video look at how iPad home screen widgets could work:

The desire for home screen widgets on the iPad is clearly there, with over 90% of respondents to a 9to5Mac poll saying that you should “absolutely” be able to put iPad widgets anywhere you like. Perhaps it’s coming in a future iPadOS update, such as iPadOS 15, but for now, it’s not possible.

Another missing feature on the iPad with iPadOS 14 is the App Library. On iPhone, the App Library houses all of your downloaded applications, meaning that you don’t have to keep every app on your home screen. Whether or not this also comes to the iPad with a future software update remains to be seen.

What do you think of this concept? Should you be able to put iPad widgets on the home screen? Let us know down in the comments.