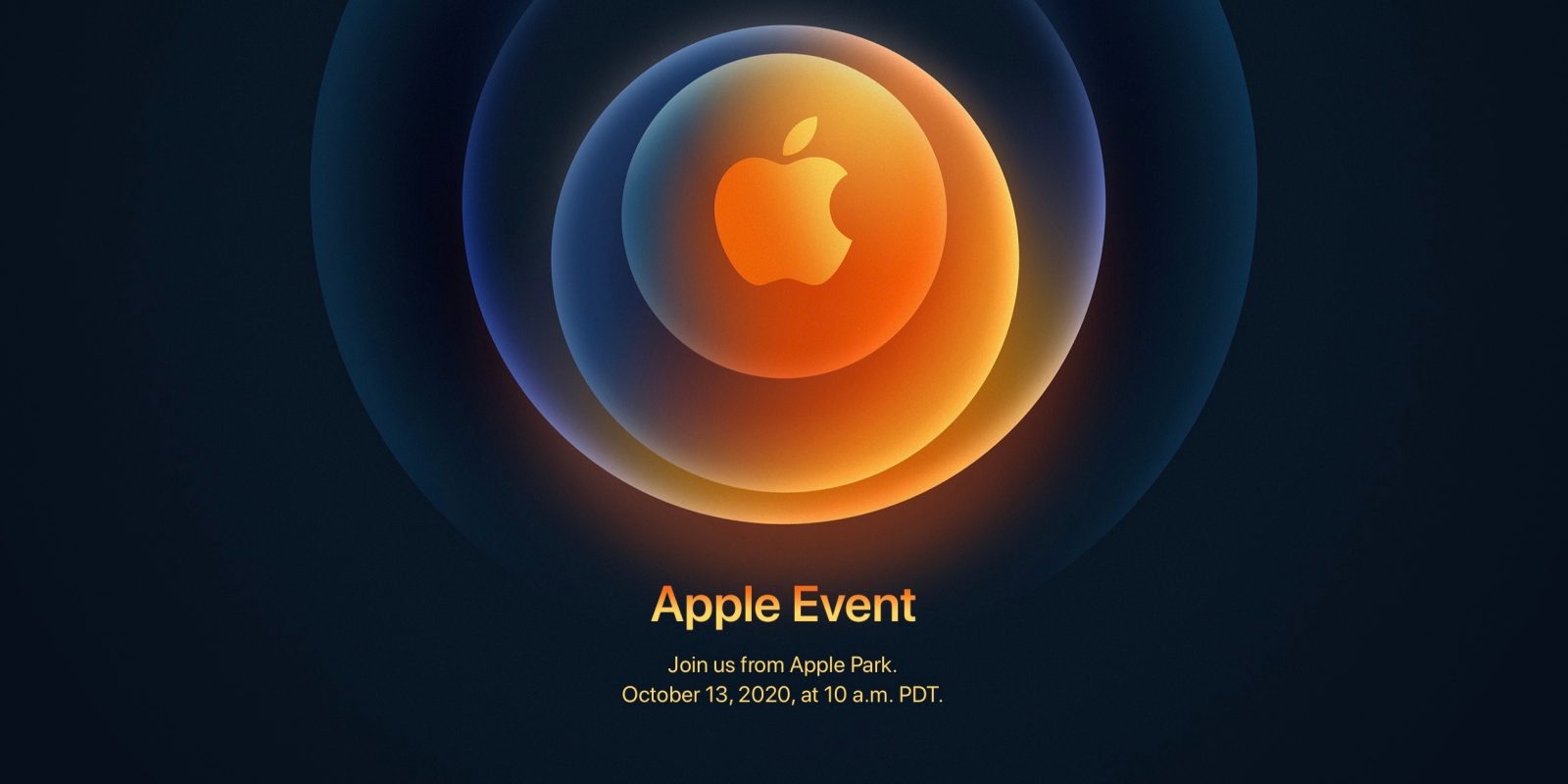 Apple today has officially announced its highly anticipated iPhone 12 event for October 13 at 10 a.m. PT. Much like WWDC 2020 and the September “Time Flies” event, the iPhone 12 announcement event will be completely virtual and streamed directly from Apple Park. Apple is teasing the event with the “Hi, Speed” tagline.

This event will mark the second Apple event within the last month. On September 15, Apple held a virtual event to announce its latest Apple Watch SE and Apple Watch Series 6 hardware, alongside a new iPad Air and the 8th generation iPad, Apple Fitness+, and the Apple One services bundle.

The “Hi, Speed” tagline is a clear hint at the iPhone 12 and its expected 5G connectivity and A14 processor. The circular rings also resemble the Siri interface amid rumors of a smaller HomePod. Beyond that, the invite does not provide any other hints at what Apple could announce at the event.

Apple’s October event will be live-streamed across Apple’s website, in the Apple TV app, and likely on YouTube. We’ll have more details on this process, including instructions on how to watch, when event day rolls around.

What to expect from the iPhone 12

In terms of branding, there has been growing evidence of the likely names for this year’s iPhone lineup:

While Apple will announce the iPhone 12 lineup during its October event, that doesn’t necessarily mean that all four models will be available in October. Reports currently indicate that Apple is planning a staggered release schedule for the iPhone 12, with some models potentially not being available until November.

You can catch up on with everything we know so far about the iPhone 12 in our full guide right here.

Outside of the iPhone 12, other possibilities for the October event include Apple’s AirPods Studio over-ear headphones, AirTag item trackers, a new Apple TV and Siri Remote, and news about the Apple Silicon transition for the Mac.

What are you most excited to see at Apple’s iPhone 12 event this year? Let us know down in the comments!