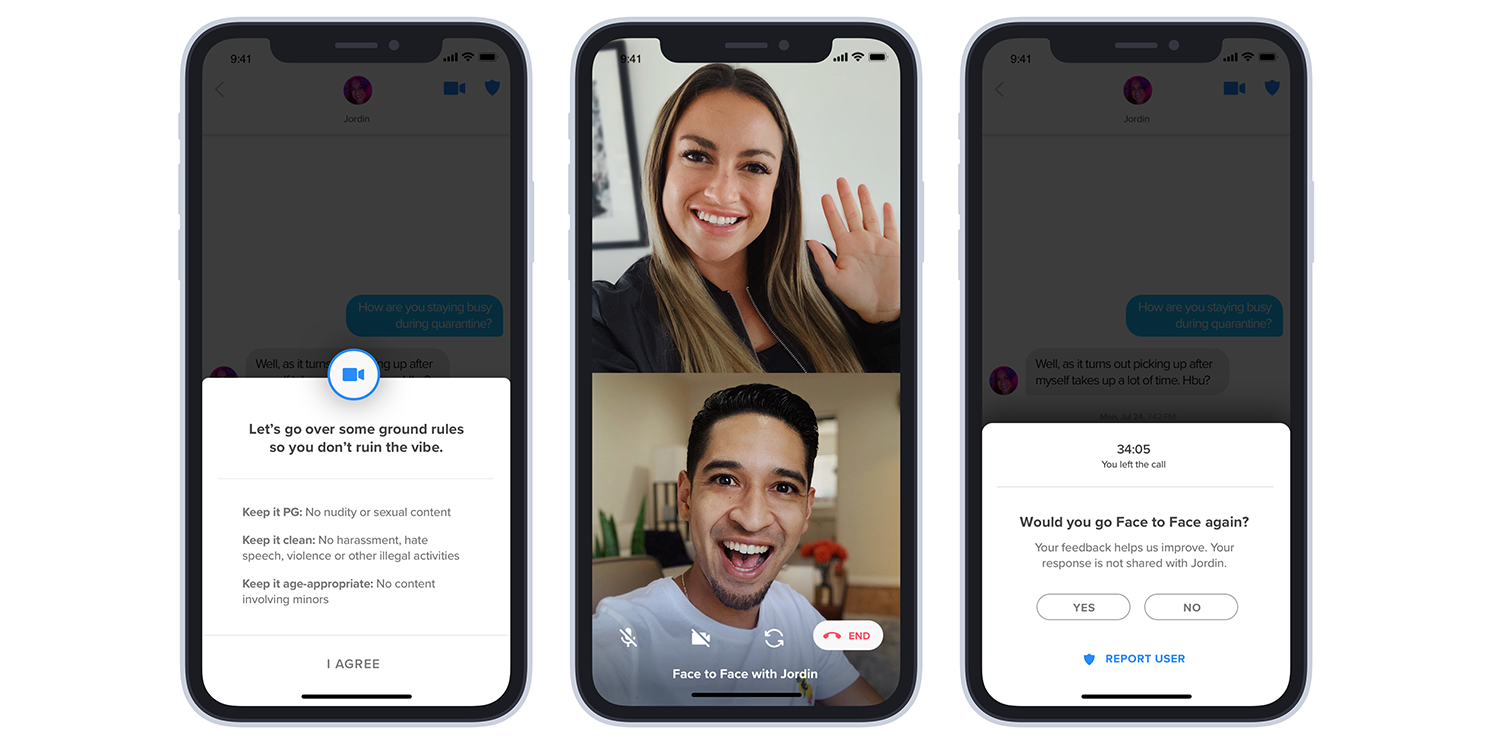 Dating has to be pretty tricky at a time when it’s either risky or illegal to meet face to face, so it’s no surprise to see Tinder video chat starting to roll out globally after an earlier test …

TechCrunch reports that the new feature is known as Face to Face.

Face to Face, an opt-in-only feature that Tinder  launched earlier this year that lets users video chat with each other without exchanging personal information and only when they’re facing the cam, is now expanding globally.

It doesn’t take much imagination to see just how badly this could go wrong, and Tinder is well aware of the potential risks of allowing singles in lockdown to make contact with strangers via video.

Tellingly it has touted how it’s not the company’s video team but its Trust and Safety team that built this one.

“We’re excited to share that our Face to Face feature is rolling out to our global community after receiving positive feedback from our members who have had early access to it,” said Rory Kozoll, Head of Trust and Safety Product at Tinder. “This adds to our growing list of features built focused on member safety throughout their dating journey, like Photo Verification, Safety Center and our offensive message detection technology” […]

Tinder noes that both parties need to be opted into the feature, and you have to have matched already in the regular part of the app before a chat can be initiated.

And even then you can choose to ignore video chats when they come in, as you might a regular phone call.

And, if you are getting creepy people saying inappropriate things to you and calling you too much, and you don’t want to turn the feature of altogether, you can report people by scrolling to their profile and following the “report” instructions.

As you can see in the images above, the app also warns users about the ground-rules for video chat.

Engadget reports that it is currently going live in 14 countries, with more to follow.

The service is now rolling out across the US and UK, along with Brazil, Australia, Spain, Italy, France, Vietnam, Indonesia, Korea, Taiwan, Thailand, Peru and Chile.