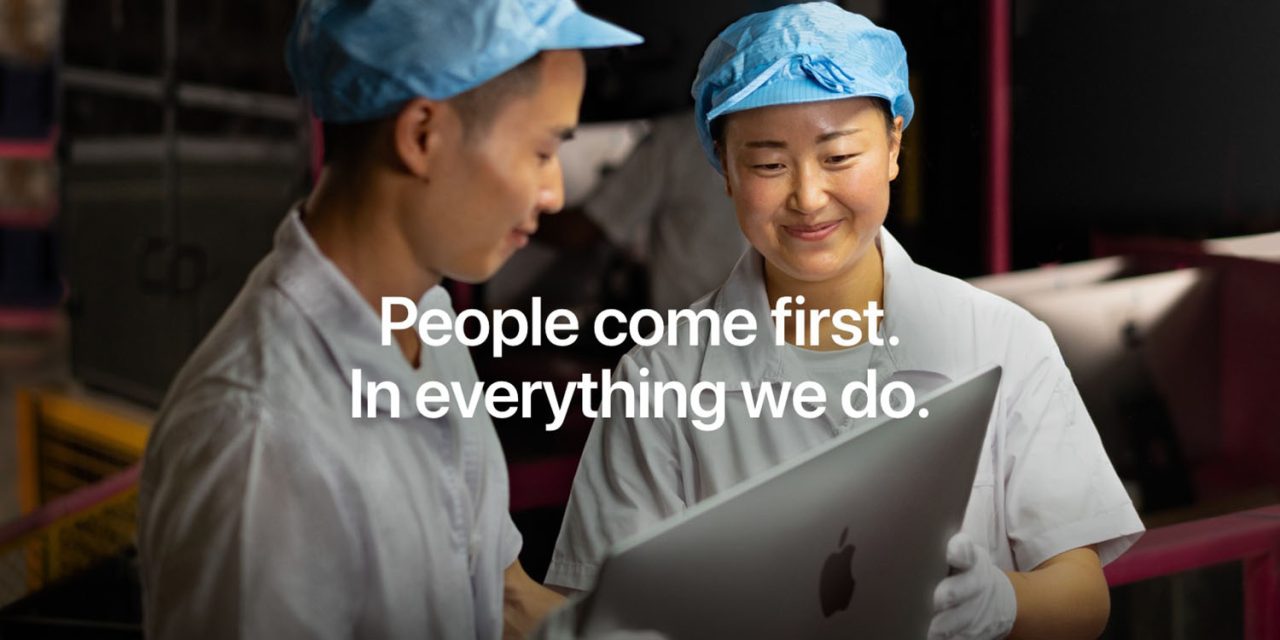 Unnamed congressional staffers have accused Apple of trying to water down an anti forced labor bill that would place obligations on US companies to ensure their supply chain was not involved in such abuse. The bill aims to end the use of forced Uighur labor in the Xinjiang region of China.

The Uyghur Forced Labor Prevention Act passed 406 to 3 in the House in September and has now reached the Senate. We learned last month that Apple enlisted a lobbying firm to engage with Congress, but no explanation was offered at the time

US companies are legally obliged to disclose the use of lobbying firms when attempting to influence legislation, but are not required to state the outcome they are hoping to achieve.

A report in The Washington Post claims that Apple is trying to weaken provisions in the bill.

Apple lobbyists are trying to weaken a bill aimed at preventing forced labor in China, according to two congressional staffers familiar with the matter, highlighting the clash between its business imperatives and its official stance on human rights.

The Uyghur Forced Labor Prevention Act would require U.S. companies to guarantee they do not use imprisoned or coerced workers from the predominantly Muslim region of Xinjiang, where academic researchers estimate the Chinese government has placed more than 1 million people into internment camps. Apple is heavily dependent on Chinese manufacturing, and human rights reports have identified instances in which alleged forced Uighur labor has been used in Apple’s supply chain.

The staffers, who spoke on the condition of anonymity because the talks with the company took place in private meetings, said Apple was one of many U.S. companies that oppose the bill as it’s written. They declined to disclose details on the specific provisions Apple was trying to knock down or change because they feared providing that knowledge would identify them to Apple. But they both characterized Apple’s effort as an attempt to water down the bill.

“What Apple would like is we all just sit and talk and not have any real consequences,” said Cathy Feingold, director of the international department for the AFL-CIO, which has supported the bill. “They’re shocked because it’s the first time where there could be some actual effective enforceability.”

It seems scarcely credible that Apple would attempt to in any way weaken anti forced labor legislation. The company has on many occasions expressed its horror at the idea of such practices.

“Forced labor is abhorrent,” Cook said in a congressional hearing in July. “We would not tolerate it in Apple,” he said, adding that Apple would “terminate a supplier relationship if it were found.”

However, there is one potential explanation.

In July, campaign groups called on Apple to err on the side of caution by ceasing using production facilities based in the Uyghur Region of China. The bill as it is currently written might make that the only way that US companies could ensure compliance.

One provision in the bill requires public companies to certify to the Securities and Exchange Commission that their products are not made using forced labor from Xinjiang. If companies are found to have used forced labor from the region, they could be prosecuted for securities violations.

If Apple cannot easily avoid using downstream suppliers based in the region, it may be that it is trying to dilute the provision to something more along the lines of a requirement to conduct audits, investigate claims, and to take all reasonable steps to prevent the use of forced labor.

Apple’s best PR bet here is complete transparency: state exactly which provisions it opposes, and why.