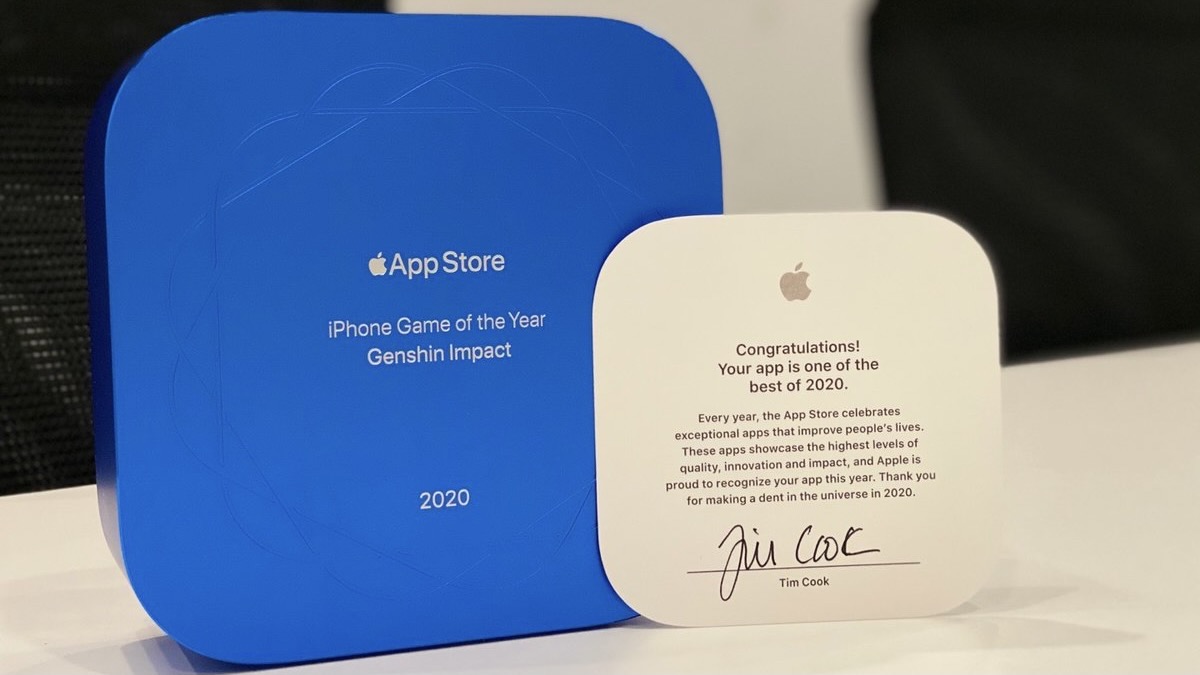 Apple this week officially announced its 2020 App Store Best award winners, recognizing outstanding apps and games for iPhone, iPad, Apple Watch, Apple TV, and Mac. This year, Apple also the winners with a physical award. Here’s what it looks like in the real world.

This is the first year that Apple has awarded its App Store Best winners with a physical award. The company says that the award features the App Store logo set into 100% recycled aluminum, with the name of the winner engraved on the opposite side.

A report from Digital Trends earlier this week also described the award, though it did not provide any pictures of it:

It was conceived and crafted by the same design team that makes the company’s products, dreamed up during one of their regular Tuesday afternoon sessions. It is handmade of the same metal that goes into the company’s products: 6R01, Apple’s own custom grade of aluminum that is made up of a 100% recycled mix of excess aluminum from Mac products’ manufacturing process.

Apple reportedly produced 15 of these awards to give to the 15 app winners, plus an extra or two to keep around Apple Park. This comes after Apple commemorated the winners of the Apple Music Awards with physical awards as well.

Now, the winners of the 2020 App Store Best awards have started receiving their physical trophies in the mail. Here’s a video look from Andres Canella, co-founder of Wakeout!, Apple’s best iPhone app of 2020:

Fantastical, which won Mac app of the year, also shared several images of its App Store Best award in a blog post. Along with the award itself, winners also received a note signed by Apple CEO Tim Cook.

Check out more images of the App Store Best awards below and be sure to check out our full coverage of the winners this year right here.