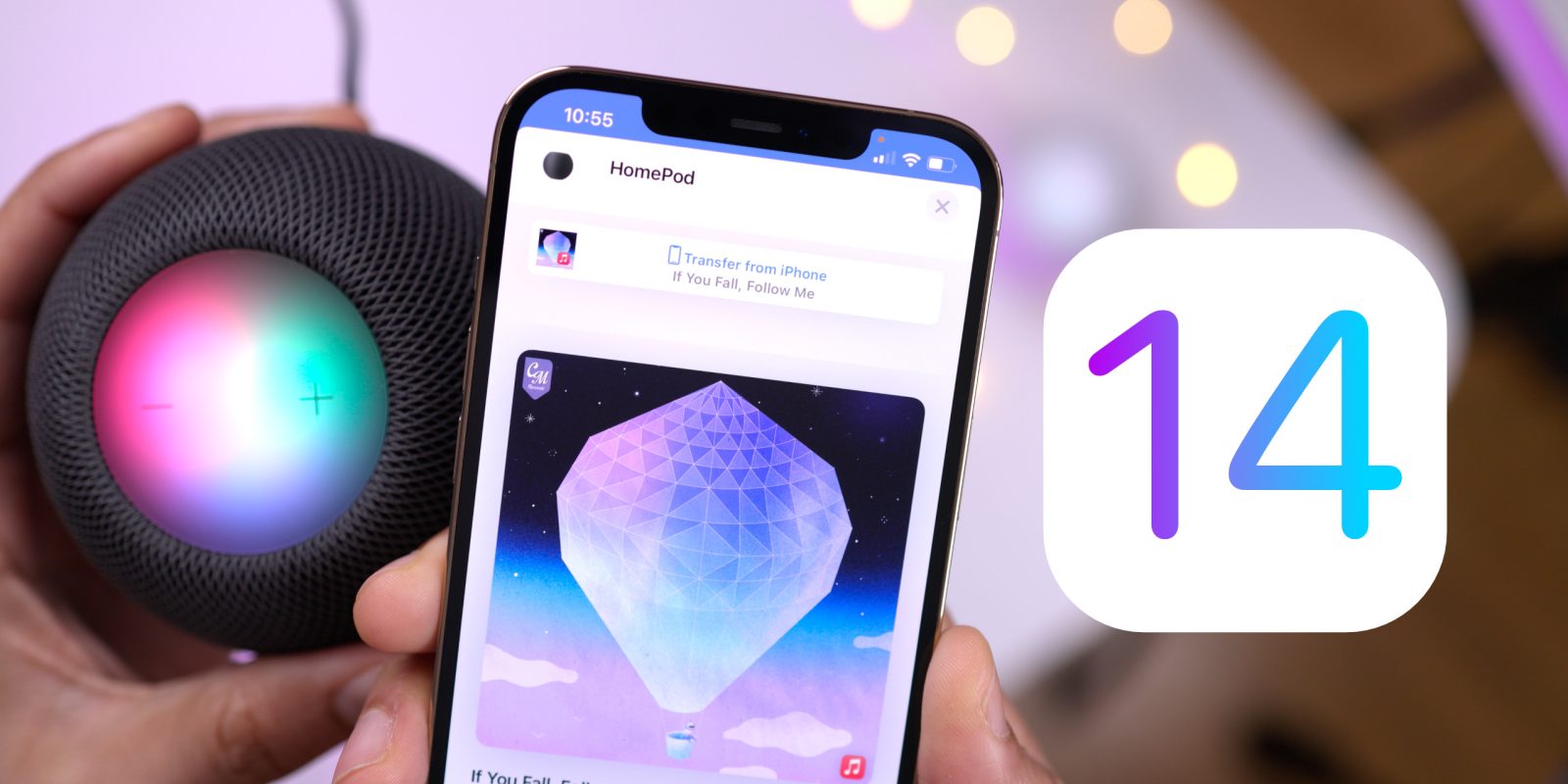 The initial iOS 14.4 beta includes a new feature that was first demonstrated during Apple’s iPhone 12 event. The new feature specifically relates to the HomePod mini and its U1 Ultra Wideband chip that allows for spatial awareness. An iPhone equipped with the U1 chip can interact with Apple’s diminutive smart speaker in new ways on iOS 14.4. Watch our hands-on walkthrough as we explore the updated Handoff experience and other iOS 14.4 beta changes and features.

The biggest new change is, of course, the new Handoff experience that comes to the HomePod mini. Unlike the full-sized HomePod that’s been available for a few years, the new HomePod mini comes equipped with new technology, such as Apple’s U1 Ultra Wideband chip. The U1 chip allows for spatial awareness, so an iPhone with this chip can benefit from richer nearby interactions with other products equipped with the U1 chip, such as the HomePod mini.

Apple decided to elevate the Handoff experience, which previously relied on precise placement of your iPhone near the HomePod. Compared to the more boolean interaction of the old method, the HomePod mini and iPhone 11/12 running the latest iOS 14.4 betas are able to create intuitive spatial interactions with one another.

With the previous Handoff interaction, users would simply hold their iPhones near the top of HomePod to transfer audio or phone calls to or from the device. A small banner notification would appear at the top of the iPhone’s screen indicating that Handoff was successful. No longer is Handoff relegated to a small banner notification at the top of the iPhone, but now users can enjoy a full card interface that pops into view as the iPhone moves closer to the HomePod mini.

How the new Handoff experience works

A visual notification appears on the iPhone end in the form of a banner. The banner shows the name and location of the HomePod mini, along with a HomePod glyph, miniature album artwork, artist, and track title.

Users have the option of simply tapping the banner to manually invoke the full-sized Handoff interface, or moving the iPhone closer to the HomePod mini, which will cause the Handoff interface to pop open automatically. The new Handoff experience works with the Music app and other types of media sources, such as YouTube. Phone calls are also Handoff-eligible with the new and improved experience.

Music can be transferred both ways — from the HomePod mini to the iPhone, or from the iPhone to the HomePod mini. A Transfer to iPhone or Transfer from iPhone button appears at the top of the Handoff interface, but functionality has been hit or miss for me thus far.

The updated U1-enabled Handoff experience is still early, but it shows promise. More importantly, it’s one of the first user-facing features that take advantage of the U1-chip found in today’s iPhones. Although Apple said during its iPhone 12 keynote that the new Handoff experience would ship to customers by the end of the year, it’s unlikely that it will able to make good on that promise considering that this is just the first iOS 14.4 beta. Nevertheless, it’ll be fun to watch this feature grow over the next few 14.4 beta releases.

The return of the Set Wallpaper action in the Shortcuts app was one of my favorite new features in iOS 14.3, and Apple has not only kept it around in iOS 14.4, but it’s actively improving on it. In the iOS 14.4 beta, users can now toggle Perspective Zoom for wallpaper using a handy on/off switch. This option gives users the ability to enable or disable the parallax effect that appears on wallpaper set by Shortcuts.

Finally, VoiceOver received a new Direct Touch Apps feature, which will allow VoiceOver users to control an app directly without requiring more interaction. A similar feature already exists for direct typing input on the keyboard within apps, but this seems like it will take that one step further, lending VoiceOver users more flexibility within selected apps.

From my brief hands-on time with Direct Touch Apps, it doesn’t appear that the feature is fully baked, as selecting an app in Settings → Accessibility → VoiceOver → Rotor Actions → Direct Touch Apps, doesn’t stick. We’ll follow up once additional betas are released with more details.

The new Handoff experience is the standout feature in the initial iOS 14.4 beta. Here’s hoping that more Apple devices begin to adopt the U1 Ultra Wideband chip because it’s what makes interesting new features like this possible. What do you think?