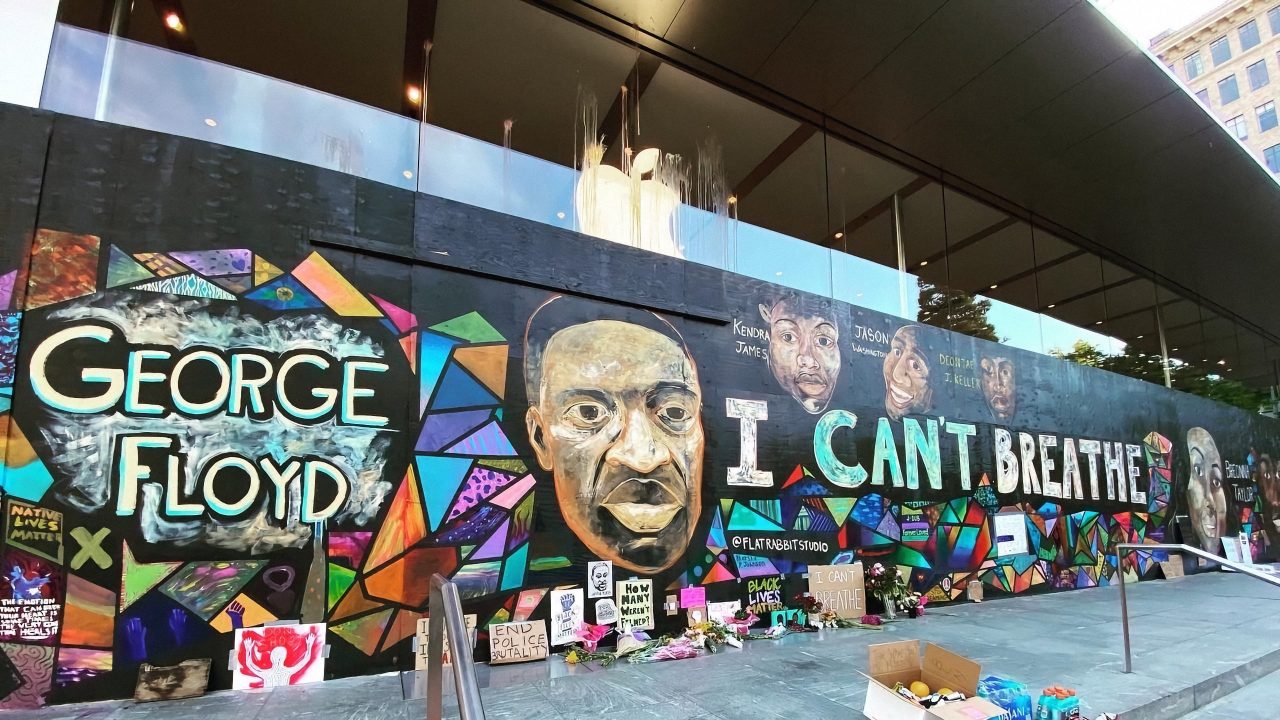 Apple says it is planning to preserve the panoramic George Floyd mural surrounding Apple Pioneer Place in Portland, Oregon. The artwork, which has become emblematic of Black Lives Matter activism in 2020, will be donated at a later date.

Apple Pioneer Place reopened on May 27 after COVID-19 shutdowns that began in March. On May 30, the store closed again after an evening of protests and vandalism throughout Portland following the killing of George Floyd. The store was looted and severely damaged along with more than a dozen other locations around the country. The closure came just one day before the first anniversary of the store’s floor-to-ceiling renovation.

A plywood barrier around the store soon became a work of art thanks to muralist Emma Berger, who painted a portrait of George Floyd and the words “I can’t breathe.” Other community members joined in, adding their own messages in solidarity with Black Lives Matter. Berger later added portraits of Breonna Taylor and Ahmaud Arbery.

Since June, the memorial site at Apple Pioneer Place has drawn widespread media attention, and community members have continued to leave signs, flowers, and candles on the steps in front of the store. The mural has transformed from a simple message into a culturally significant tapestry that captures the spirit of 2020’s racial equity protests.

While numerous other Black Lives Matter murals at Apple Stores across the world were removed earlier this year, Apple hasn’t touched its Pioneer Place location until now. The Oregonian’s Mike Rogoway says that Apple will put protective plywood over the murals today and announce long-term plans for the artwork in early 2021.

No reopening date for the store has been announced at this time, and Apple hasn’t said which organization it will donate the mural to.

In a June letter titled “Speaking up on racism,” Tim Cook expressed his support of racial equity. The company launched a $100 million initiative to spark change.