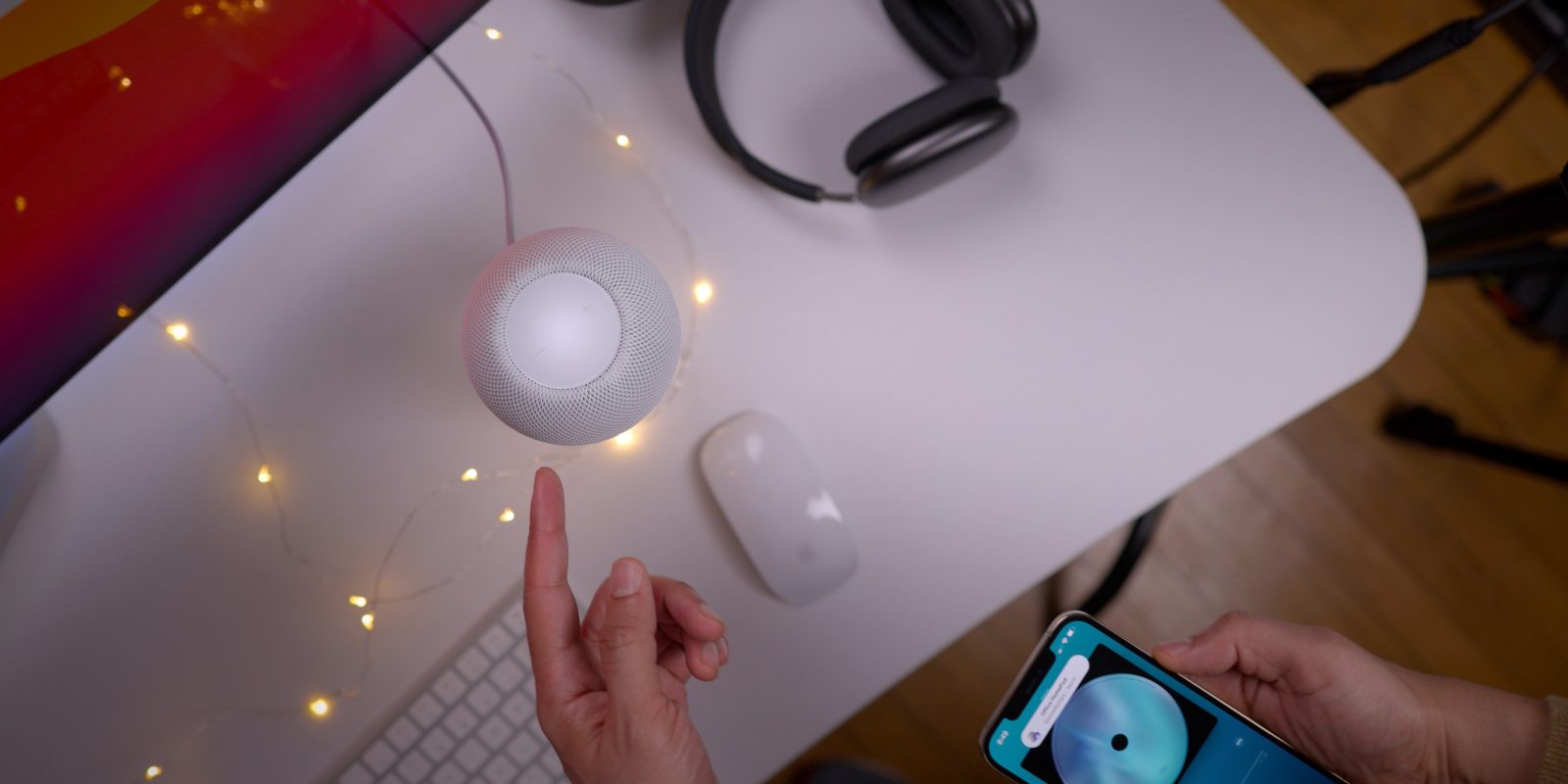 Apple released HomePod Software version 14.3 for the HomePod and HomePod mini earlier this month, and we’ve now learned that it includes a small but notable change for the latter of Apple’s two smart speakers. With version 14.3, HomePod mini can now be powered by an 18W charger for the first time.

This change was first spotted on Reddit and picked up by The 8-Bit. As a refresher, the HomePod mini features an integrated power cable with USB-C connectivity on the end.

Apple includes a 20W USB-C wall adapter in the box with HomePod mini, but when the first orders arrived last month, many people were quick to try it with an 18W charger instead. Originally, this caused the HomePod mini to display a red/orange circle on the top display, but HomePod Software 14.3 appears to have added support for 18W chargers.

This is notable for several reasons. First, it means that you can now take the 20W USB-C adapter that comes with HomePod mini and use it elsewhere. Apple included an 18W USB-C adapter with the iPhone 11 Pro last year, so it is far more prevalent in many households than the just-released 20W adapter. The iPad Pro also previously included an 18W power adapter.

This also means that HomePod mini can now be powered by third-party power bricks and portable battery banks, effectively turning it into a portable AirPlay speaker.

We’re still investigating to learn more, and at this point, it appears that this is a “your mileage may vary” type situation. Some 18W chargers still cause the HomePod mini to display an orange light on the top, so it’s likely that a certain power profile is required for full functionality.

Have you tried to use any 18W power adapters with your HomePod mini? Let us know down in the comments!