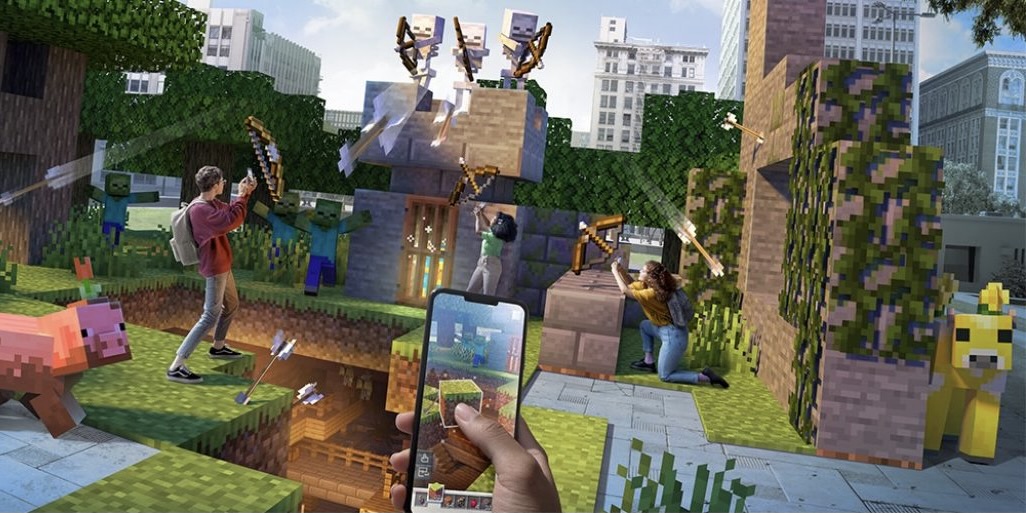 Minecraft Earth was unveiled back in early 2019 and some of the first gameplay was shown off at WWDC 2019 before launching in November that year. The idea was really neat, bringing Minecraft’s collaborative, creative play to the real world with AR but the reality of 2020 and the pandemic has forced the end of the game.

Minecraft shared the news on its blog today (seems to be pulled for now) that Minecraft Earth will shut down on June 30, 2021 with the primary reason being COVID-19 and how it has changed life:

Minecraft Earth was designed around free movement and collaborative play – two things that have become near impossible in the current global situation. As a result, we have made the difficult decision to re-allocate our resources to other areas that provide value to the Minecraft community and to end support for Minecraft Earth in June 2021.

However, there is one last update launching today with users being able to play until June 30:

That said, we still have one update left. Today we are releasing the final build of the game, containing some changes to make your time in Minecraft Earth as fun as possible. We hope these adjustments will allow you to explore, craft, and build more – while staying safe indoors. Starting with today’s update, we are:

*Removing real-money transactions
*Drastically reducing ruby costs
*Including all completed, unreleased content currently in our pipeline
*Reducing time requirements for crafting and smelting
*Replacing unused crafting & smelting boosts with radius boosts of the same level
*Granting a set of Character Creator items to players who sign in between January 5 and June 30

As for Minecraft Earth purchases, here’s what to expect with the shutdown:

All players with paid ruby balances will be granted Minecoins, which you can use on the Minecraft Marketplace to purchase skin and texture packs, maps, and even minigames. Plus, if you’ve ever made a purchase in Minecraft Earth, you will receive a free copy of Minecraft (the Bedrock version) so you can get a fresh start while grabbing some goodies from the Marketplace!

The Minecraft team finished up with a thank you to everyone who played and created:

That being said, we want to take a moment to thank all of the players and creators that are bringing new adventures, mobs, and free in-game items for the community to enjoy while we finalize our timeline for sunsetting the game. Your feedback and creations brought this game to an entirely different level, from the regular build challenges you absolutely smashed to the incredible builds you shared on social media. We’re eternally grateful for the amazing talent in the Minecraft community. This was not an easy decision, and we’re doing everything we can to make sure you get the most out of Minecraft Earth before it sunsets.