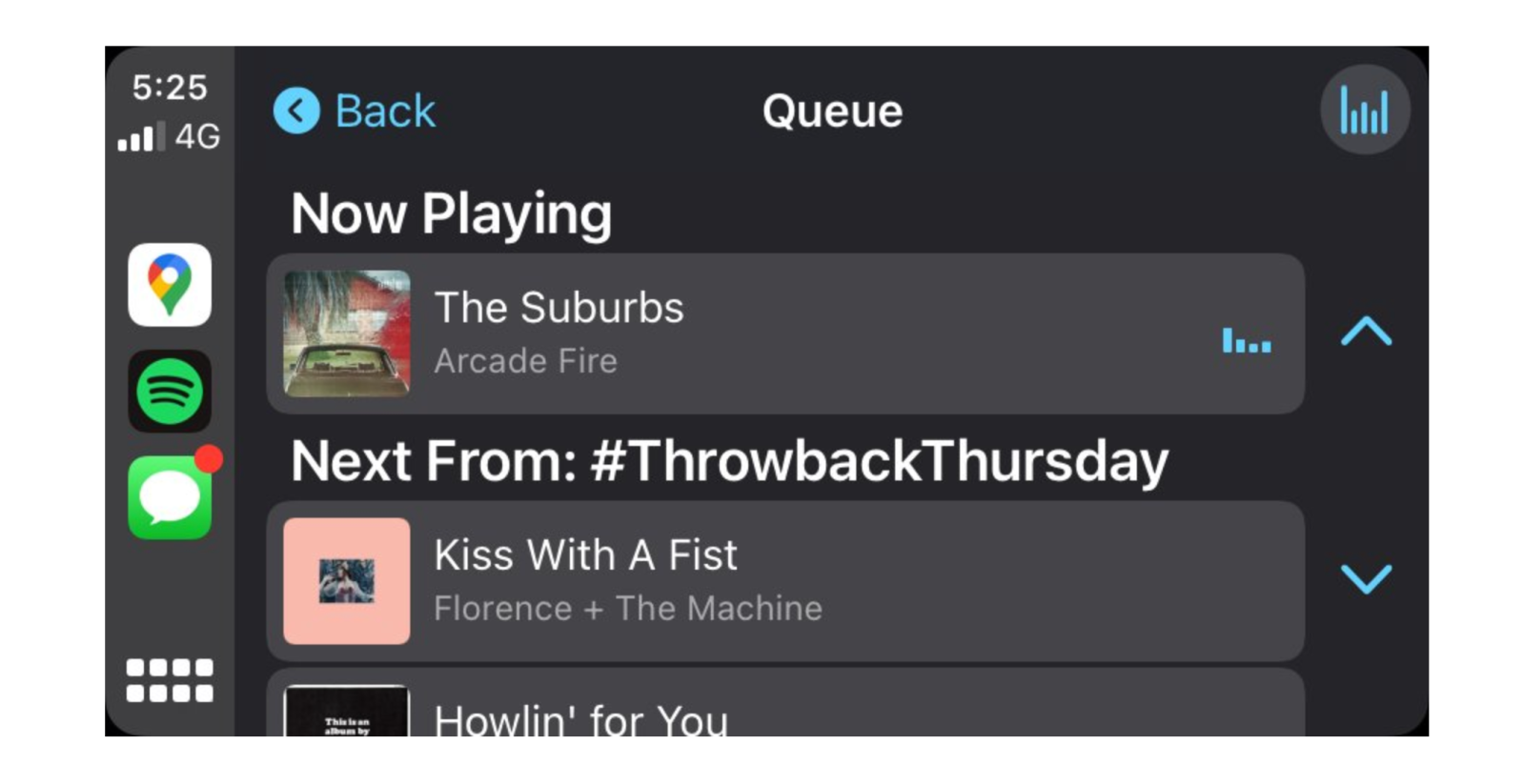 The biggest change in the latest beta version of Spotify is support for a queue system, as first spotted by users on Twitter. This helps bring the CarPlay experience in Spotify in line with Apple Music. The new interface allows users to quickly view what is next in the queue without having to use their iPhone, with a dedicated “Go to queue” button directly on the now playing interface.

Alongside this new queue system, Spotify has also made some other visual changes to its CarPlay application. There are still four tabs along the top for quick access to Home, Recently Played, Browse, and Library. There is also colorful album artwork and accents on the now playing screen. The Home tab offers quick access to daily news, personalized playlists, and more.

As it stands right now, there’s no word on when Spotify will roll out this redesigned CarPlay experience to everyone. The company has a history of rolling out updates at a slower pace than users would like, but hopefully the new CarPlay experience comes sooner rather than later.

Are you beta testing Spotify for iOS? Spot any other changes in CarPlay or on your iPhone? Let us know down in the comments!