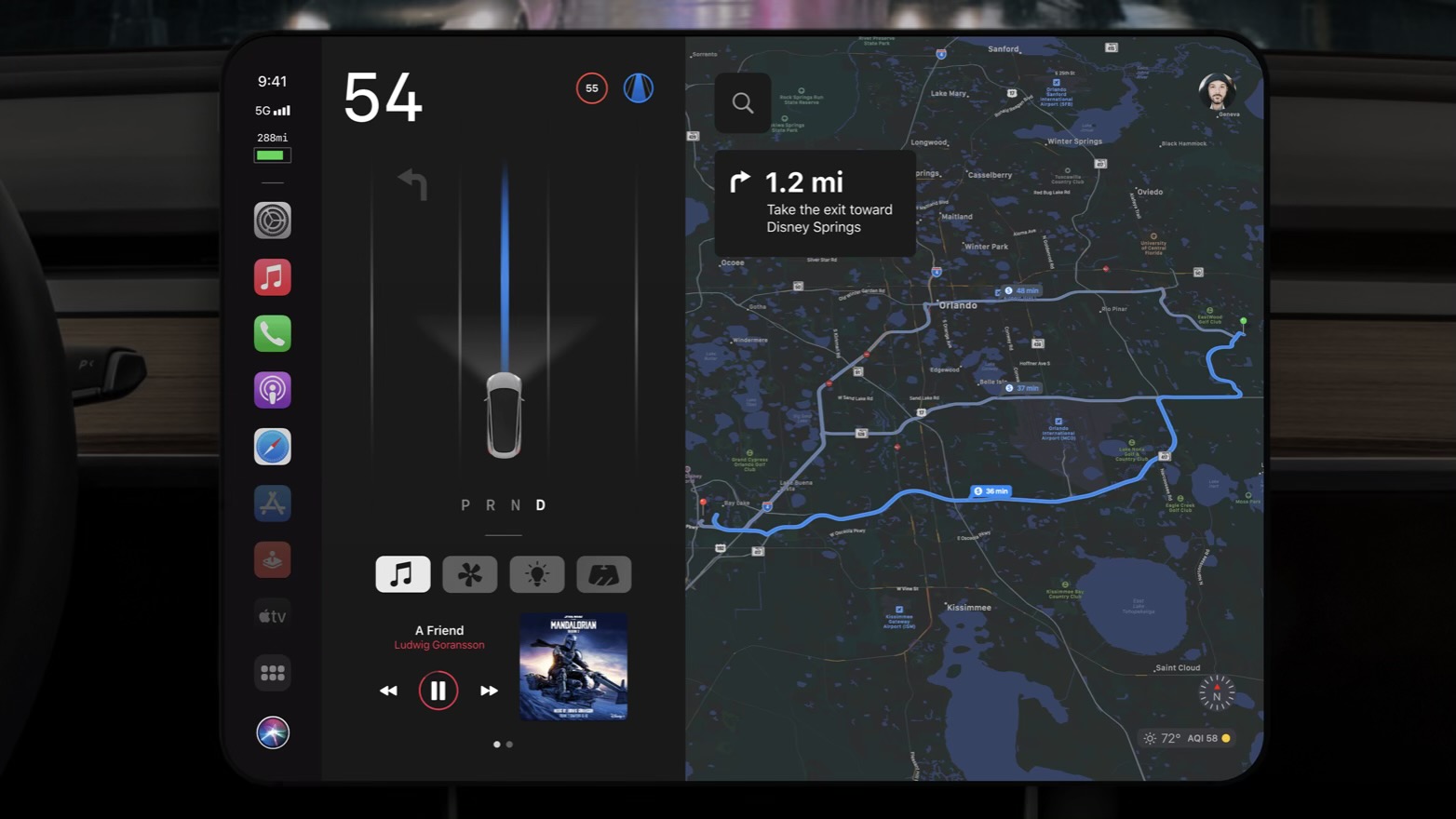 Even though it looks like we’re still more than several years out until Apple Car might reach the world, excitement is building as we learn more details. Now a graphic designer has created a sharp Apple Car concept that imagines what it would look like with a large 15-inch center console screen like Tesla uses with its Model 3 and Model Y.

Graphic designer John Calkins shared the “ Autos” Apple Car concept on Behance yesterday. It’s based around the idea what “if Apple made the Model 3”? While Apple has already been confirmed to be in talks with auto manufacturers like Hyundai and Elon Musk himself has shared that Tim Cook turned down a meeting about buying Tesla years ago, this is still a fun experiment in imagining what an Apple Car interior could look like. After all, Tesla arguably makes the most compelling center console/media experience in the auto industry.

Apple Car Concept: What if Apple made the Tesla Model 3?

John’s concept is sort of like imaging CarPlay on steroids – in a really great way. The Model 3 uses a 15-inch center mounted touch screen, so this is like bringing a MacBook Pro to a car and blending a the rest of the necessary auto interfaces with what we have with CarPlay now.

This Apple Car concept uses a dock on the left hand side like CarPlay features now, but with this screen size, it feels more like macOS Big Sur mixed with a larger iPad Pro.

Car and driving visualizations and overall layout are inspired by Tesla’s existing experience here but with Apple’s polish and attention to detail.

Check out the video and images below and see the full concept from John on Behance.