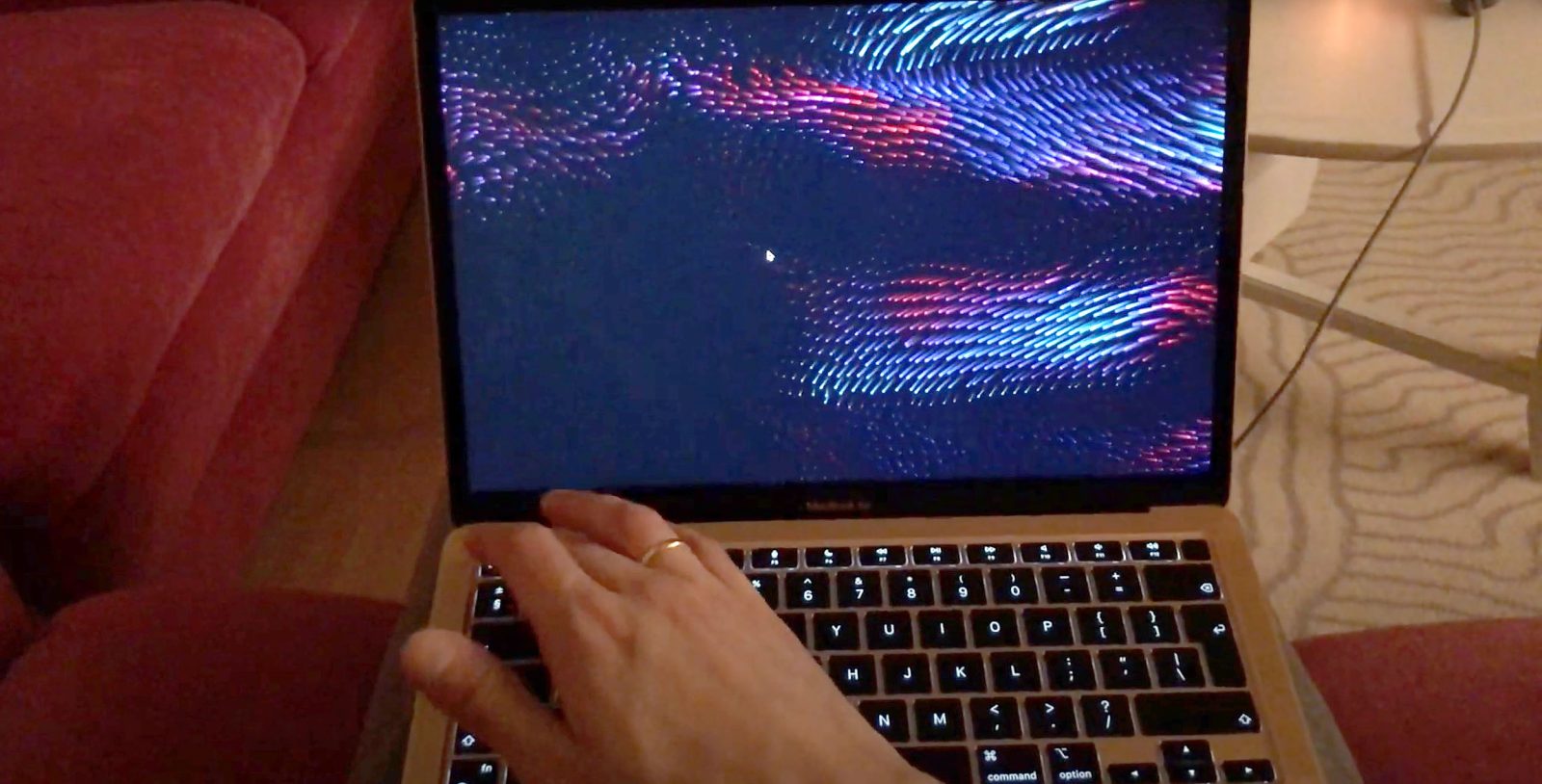 An apparent M1 Mac Fast User Switching bug is resulting in user reports that the screensaver takes over and leaves them temporarily locked out of their machines. The bug can be seen in the view below.

A growing number of user reports online suggest some of Apple’s M1 Mac models are susceptible to a Fast User Switching bug that spontaneously activates the screensaver and leaves the user unable to dismiss it.

In macOS Big Sur, Fast User Switching allows users to quickly switch between user accounts without having to completely log out. Based on posts in the MacRumors forums, Apple Community forums, and on Reddit, however, a screensaver can sometimes take over the screen of Apple Silicon Macs without notice, rendering the desktop workspace completely unavailable.

While the screensaver appears on the screen, the mouse pointer is still on top and moving, but nothing else works, and users have to close and re-open the lid on their MacBook Air or MacBook Pro, or light press the Power/Touch ID key or use the Alt-Command-Q key combination to get back to the login page.

As mentioned, there are several ways of escaping from the lockout, and you can also disable Fast User Switching if you’re willing for forgo the feature for now.

However, at least one user has said they’ve experienced the same thing on a non-M1 Mac.

I’ve had the same issue on the 16″ Macbook Pro, so I think it’s more likely a big sur bug, than an M1 issue.

We’re currently looking ahead to Apple’s next M1 Macs, with the third quarter of the year expected to see the launch of 14- and 16-inch models. Two separate reports on these indicated a number of changes, including some surprising ones:

I outlined my own views on the likely accuracy of each element and what each may mean in practice.