Poll: Is the move to Apple Silicon time for a touchscreen Mac? 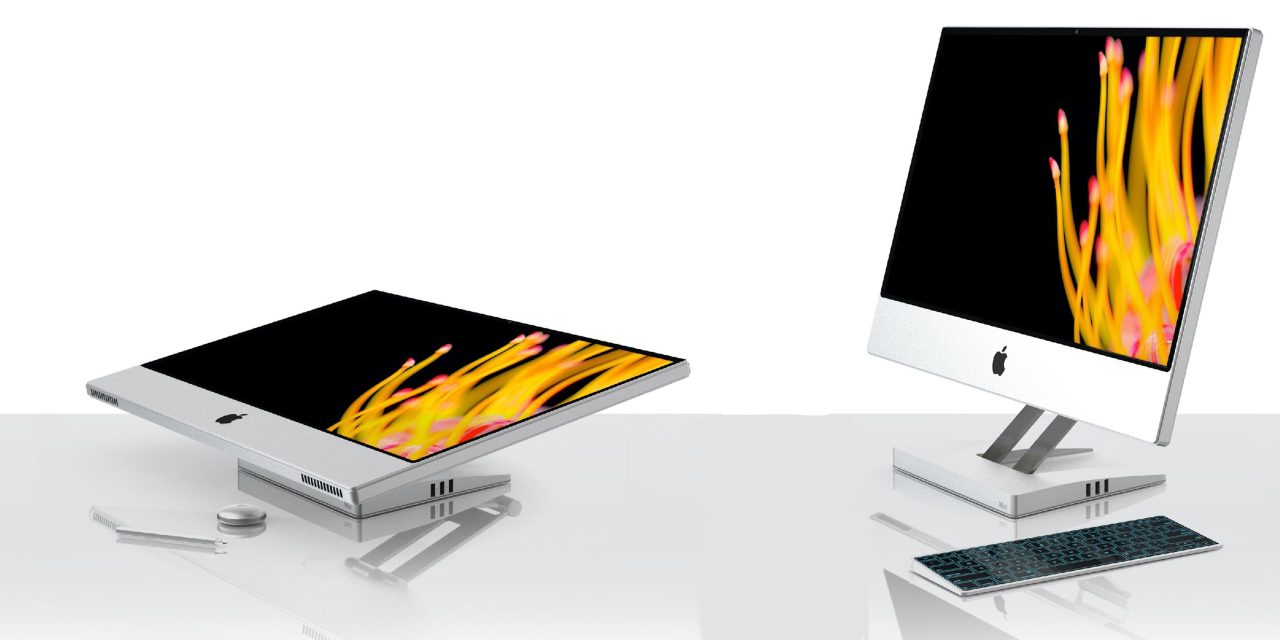 If there’s one topic that won’t go away no matter how many times Apple dismisses it, it’s the idea of a touchscreen Mac.

While it’s natural to think that Riccio will be working on the Apple Car or Apple Glass, it’s likely that those teams are already well on their way and equally likely that Riccio has had a hand in building them. Rather, I think Riccio’s new project is a lot closer to the type of work he excels at making: screens.

In addition to the iPad, Riccio also played a big role in the evolution of the Mac’s display. In one of his few appearances on a public stage, Riccio had this to say when the 27-inch 5K iMac debuted in 2014: “The Mac enables people to do amazing things and for many people, it’s the most important creative tool that they use. And what we really love doing is making it better.”

And I think that’s exactly what he’s going to be doing in his new role at Apple. Now that the Mac transition is in full swing and will likely be all but completed by the end of 2021, Apple can turn its attention to the next big thing: a touchscreen Mac. A MacBook that’s as thin as an iPad but as powerful as an M1 MacBook Air would be an instant gamechanger for both product lines and would pave the way for another 10 years of relevancy. It wouldn’t just be a MacBook that you can touch, but something entirely new.

I think Simon is wrong for two reasons. First, that would be way too small a role for Riccio. You don’t move from SVP of all hardware engineering to work on a single project which would be significant but not a game-changer for the company. Taking Apple into an entirely new product category could justify his leadership, so both the Apple Car and Apple Glasses are plausible contenders, but not a touchscreen Mac.

Second, Apple has not only consistently rejected the idea of a touchscreen Mac, but it has continued to do so almost to the present day.

Back in 2017, I summarised Apple’s position after extensive tests.

Steve Jobs first explained why Apple had rejected the idea of a touchscreen Mac.

“Touch surfaces don’t want to be vertical. It gives great demo, but after a short period of time you start to fatigue, and after an extended period of time your arm wants to fall off. It doesn’t work, it’s ergonomically terrible.”

Jony Ive said last year that Apple had rejected a touchscreen Mac ‘many, many years ago.’ Phil Schiller later expanded on this, saying that Apple had actually tried it.

“Our instincts were that it didn’t, but, what the heck, we could be wrong—so our teams worked on that for a number of times over the years. We’ve absolutely come away with the belief that it isn’t the right thing to do. Our instincts were correct.”

Apple is not above changing its mind, of course, and has done so a number of times over the years – not least the decision that it was time to abandon Steve’s idea that iPhone screen sizes had to be small enough to fully support one-handed use. But Apple has continued to reject the idea of a touchscreen Mac, Craig Federighi doing so as recently as a couple of months ago.

The Big Sur aesthetic borrows from the iPhone and iPad – buttons are bigger, with more space, which numerous commentators pointed out would make them perfect for manipulating with your fingers – but not because of some secret plan to change the way the Mac works, Federighi says.

“I gotta tell you when we released Big Sur, and these articles started coming out saying, ‘Oh my God, look, Apple is preparing for touch’. I was thinking like, ‘Whoa, why?’

“We had designed and evolved the look for macOS in a way that felt most comfortable and natural to us, not remotely considering something about touch.

“We’re living with iPads, we’re living with phones, our own sense of the aesthetic – the sort of openness and airiness of the interface – the fact that these devices have large retina displays now. All of these things led us to the design for the Mac, that felt to us most comfortable, actually in no way related to touch.

Personally, I think Apple is right. Even when I’m using my 12.9-inch iPad Pro with the Magic Keyboard – an ergonomic form factor very similar to a Mac – I find it way more comfortable to use the trackpad than to touch the screen.