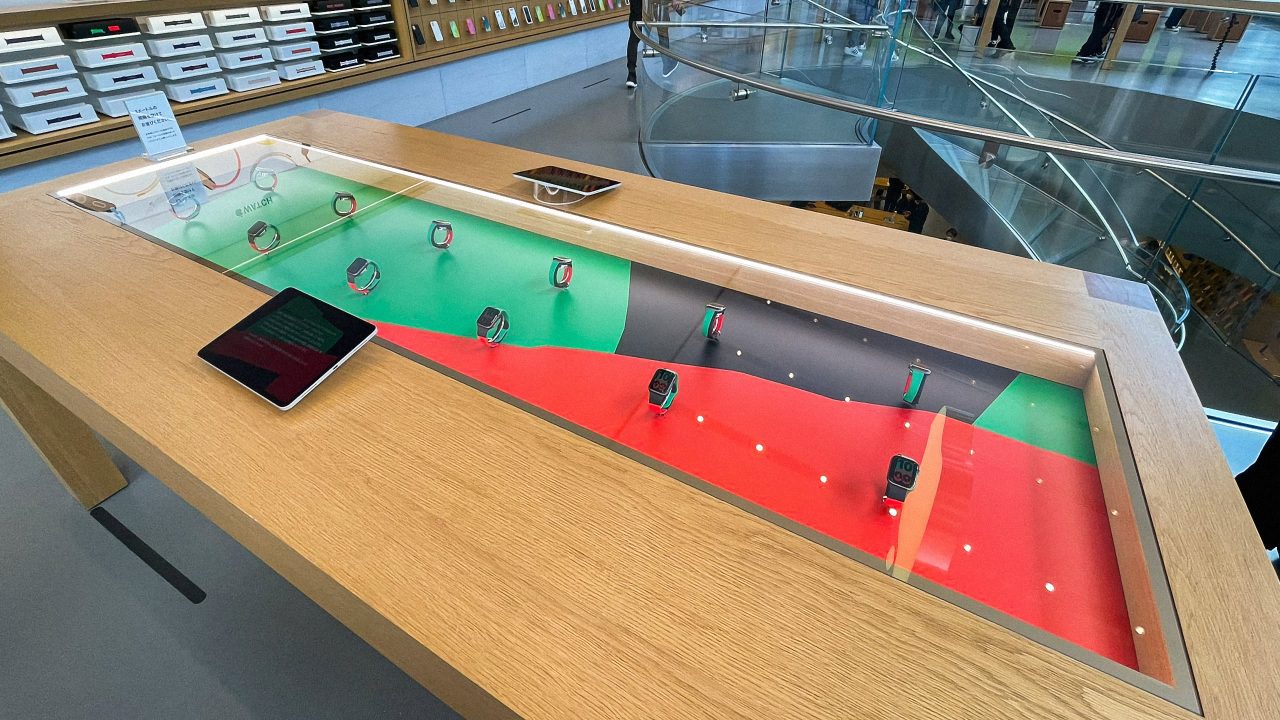 Apple is celebrating Black History Month in Apple Stores across the world with displays highlighting the Apple Watch Series 6 Black Unity Collection. The collection of limited-edition watches and bands became available in stores on February 1.

A bright backdrop referencing the colors of the Pan-African flag fills the Apple Watch Display Table in stores. To debut the new collection and Unity watch face, Apple has dedicated the entire glass-topped table to Black Unity. Demo iPads introduce customers to the designs and Apple’s mission with a message echoed on Apple’s website:

The Black Unity Collection is inspired by the Pan-African flag, a symbol of unity and connectedness among the African Diaspora. The flag represents the enduring sacrifices made by generations of men and women whose vision of a more equitable world guides our commitment to overcoming the challenges and indignities that remain today. Apple supports organizations dedicated to advancing racial equity and justice.

While many Apple Stores in the U.S. remain temporarily closed or open for Express storefront pickup only, 9to5Mac reader Daiki Shimizu stopped by Apple Omotesando in Tokyo to photograph the display. If you’d like to see the collection in person, make sure to check if walk-in customers are currently accepted at your local store.

The Apple Watch Black Unity Collection is just one part of Apple’s initiatives for Black History Month 2021. A six-week series of Today at Apple sessions in collaboration with It’s Nice That will shine a light on creativity’s role in fighting inequality. The sessions will be hosted by Apple Store Creative Pros, moderated by curator and writer Kimberly Drew, and led by guests Tré Seals, Shan Wallace, and Joshua Kissi.

On Instagram, Apple today began the Hometown series, which will highlight more than 30 Black photographers and their hometowns through the month of February.