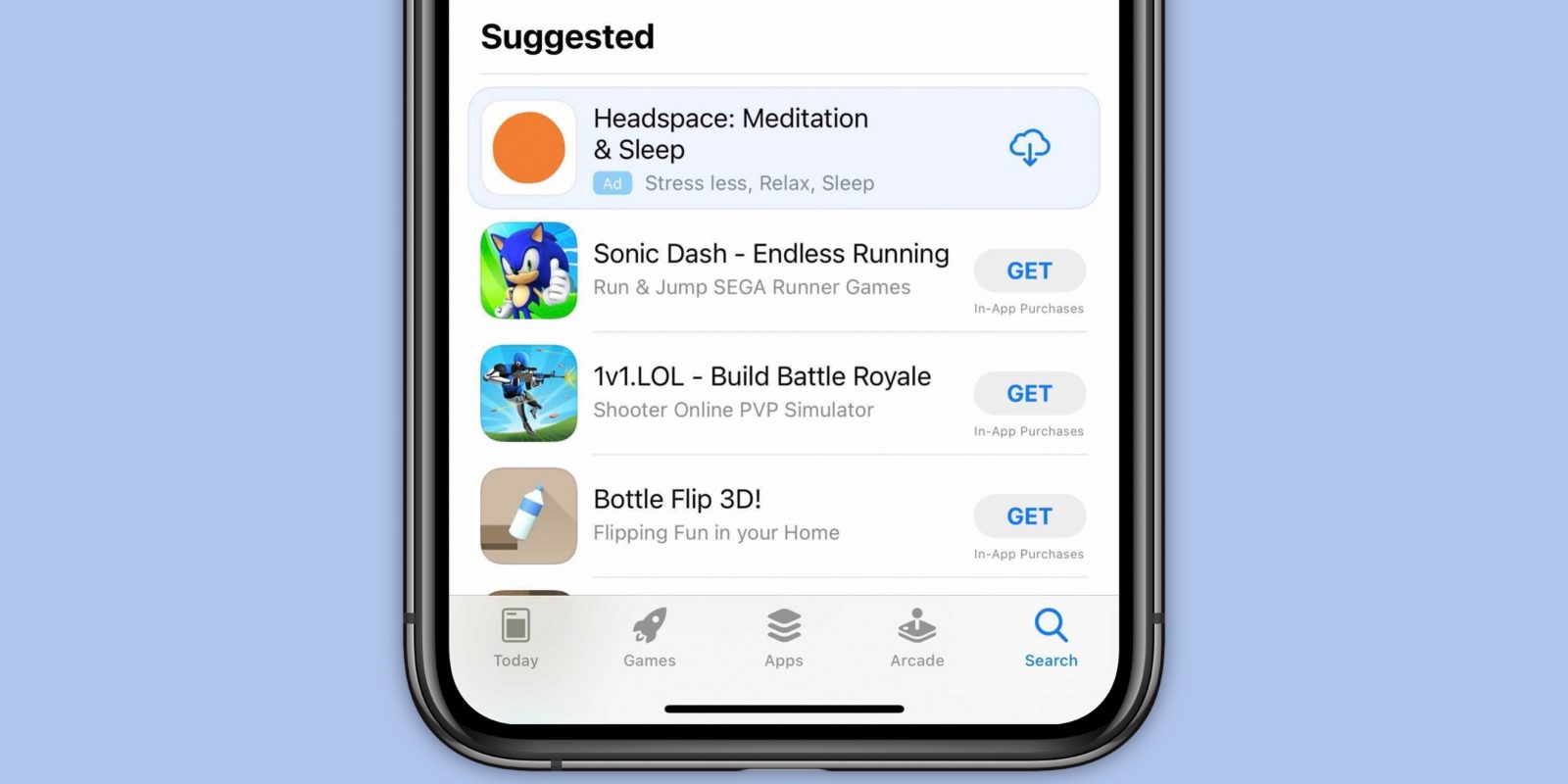 As part of the iOS 14.5 beta, it appears Apple is testing new ways to monetize the App Store. Building on the existing App Store Search Ads program, users are now seeing a new sponsored ad slot appearing on the Search tab as a “suggested” item.

Previously, Apple only showed ads in the App Store when users searched for an app with advertisers bidding on keywords, similar to Google Search ads. This new ad type is naturally more prominent as it displays to the user before they search anything at all.

As the new sponsored ad slot is only showing up on iOS 14.5 beta seeds right now, it is possible that Apple may not be ready to roll out this ad slot officially when iOS 14.5 is released for everyone. It may simply be using the beta period to gauge user engagement, average CTA statistics, and such.

How much sponsored advertising customers see on iOS is already a controversial subject, given that Apple already charges a tidy premium for buying the hardware in the first place. Recent changes include the addition of promotional banners for Apple services like TV+ and Fitness+ in the Settings app. App Store Search ads are the most blatant form of this of course, as Apple directly earns money on the impressions it generates for advertisers.

However, Apple’s in-house advertising schemes are even more in the spotlight because of the upcoming App Tracking Transparency policies. Some groups argue that Apple is using ATT as a way to establish itself as a leading supplier of advertising on the iOS platform and sabotaging all competing ad networks in the process. For example, one competing ad network where developers can promote their apps to a wider audience is Facebook. Last month, Facebook CEO Mark Zuckerberg said that Apple has an “incentive to interfere” with its business.

App Store Search ads allow app developers to target iPhone and iPad users down to relatively fine-grained demographics, with Apple drawing on all of the information associated with the user’s Apple ID. Targeting can be disabled by navigating to Settings -> Privacy -> Apple Advertising -> Personalised Ads.