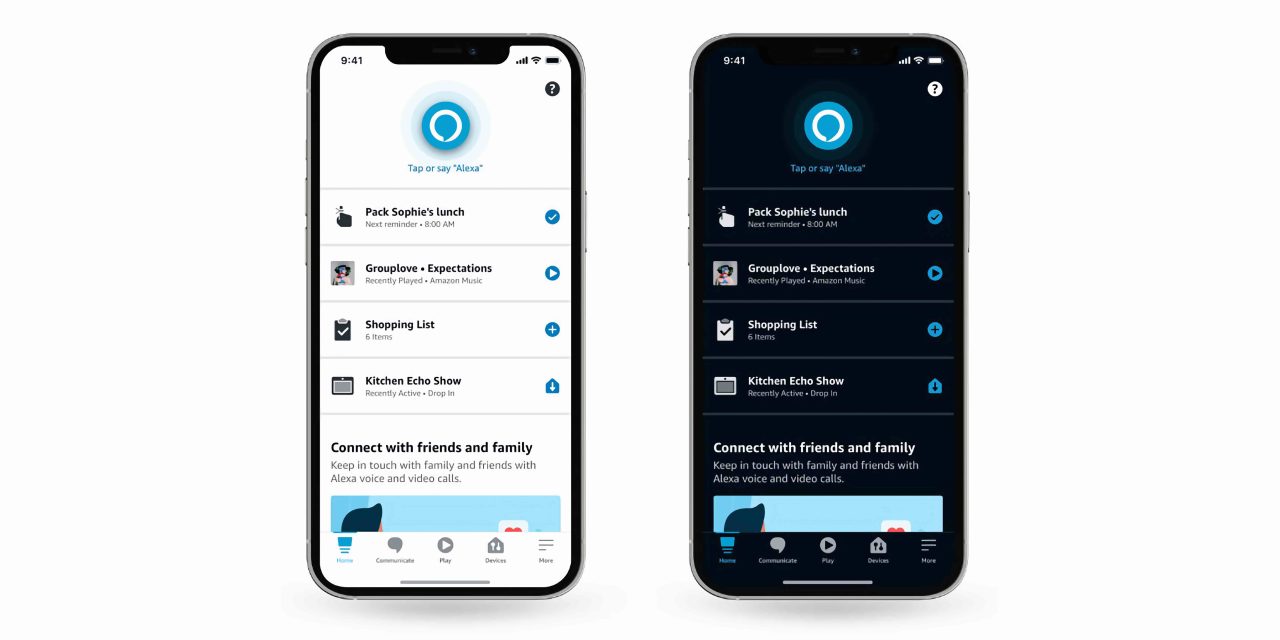 Reported by Stephen Aquino for Forbes, the two valuable changes came with Amazon Alexa version 2.2.401007.0 for iPhone and iPad today. Amazon only lists “Various bug fixes and performance improvements” for the build but it features a switch from the previous darkish blue default UI to now respecting the iOS system setting for dark/light mode. Stephen notes this will be appreciated by some with visual impairments.

The other big change is official support for Apple’s Dynamic Type feature. That allows users to set a system wide text size that works across iOS apps. Here’s how Stephen describes the benefits of this support:

The accessibility benefits are twofold: The Alexa app is more accessible for users who need considerably larger text, and they needn’t have to adjust text size in the app itself any longer because Dynamic Type bows to a user’s global setting. This is not only a feature of convenience for visually impaired users, it also helps those with fine-motor and/or atypical cognition. Having to tediously go through every app on one’s device(s) to alter text size requires a lot of excess tapping, as well as increases cognitive load for people who may have trouble remembering where and how to tweak the setting.

The Amazon Alexa app is a free download from the App Store for iPhone and iPad.