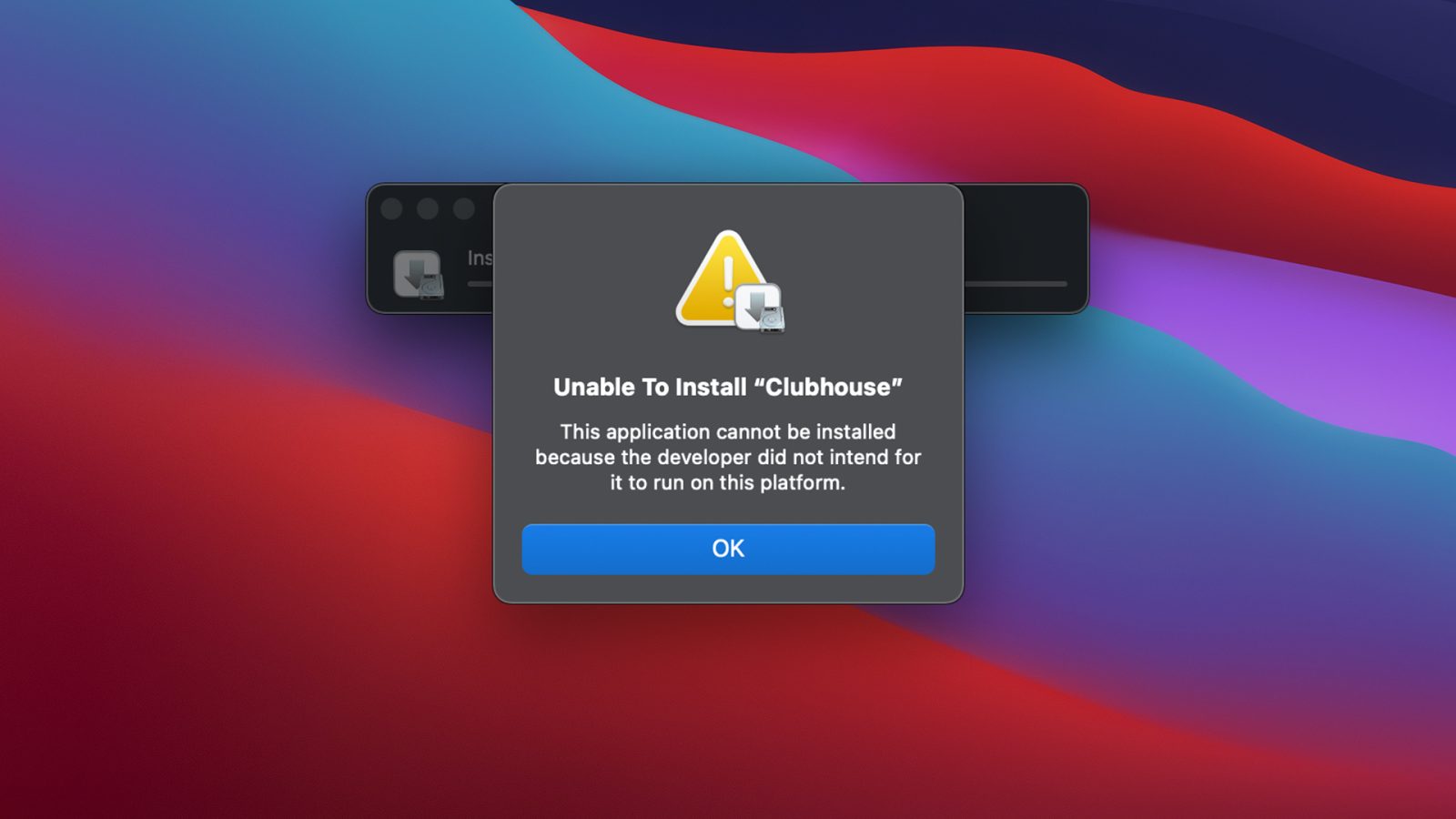 9to5Mac reported last month that Apple was implementing a new method to stop users from sideloading unsupported iOS apps on M1 Macs, which was actually enabled for some time with a server-side change and then reversed moments later. Following the macOS Big Sur 11.2 release last week, Apple seems to have officially blocked the side load process of iOS apps on M1 Macs.

Thanks to tools like iMazing, it was possible to download the IPA files of iOS apps you have purchased from the App Store and then install them manually on M1 Macs, which allowed users to run apps like Facebook, Instagram, YouTube, and even Netflix on macOS. Unfortunately, this seems to have annoyed some developers, which made Apple block this process permanently.

9to5Mac tried to side load different iOS apps on M1 Macs with both macOS Big Sur 11.2 and macOS Big Sur 11.3 beta, but it wasn’t possible to install them. As we reported, this is a server-side change related to the APIs that manage the DRM (Digital Rights Management) protections of the operating system.

macOS now shows a message saying that the app isn’t intended to run on a Mac.

This application cannot be installed because the developer did not intend for it to run on this platform.

The first time Apple blocked the side load process on M1 Macs the company was likely just testing the new restriction as macOS Big Sur 11.2 was only available as a beta release at the time. Now it seems that the blocking is for real.

At this point there’s no known workaround for side loading iOS apps on M1 Macs, so we’ll have to wait and see if Apple will once again reverse its decision or if someone else will be able to modify the operating system to install any iOS apps on compatible Macs.