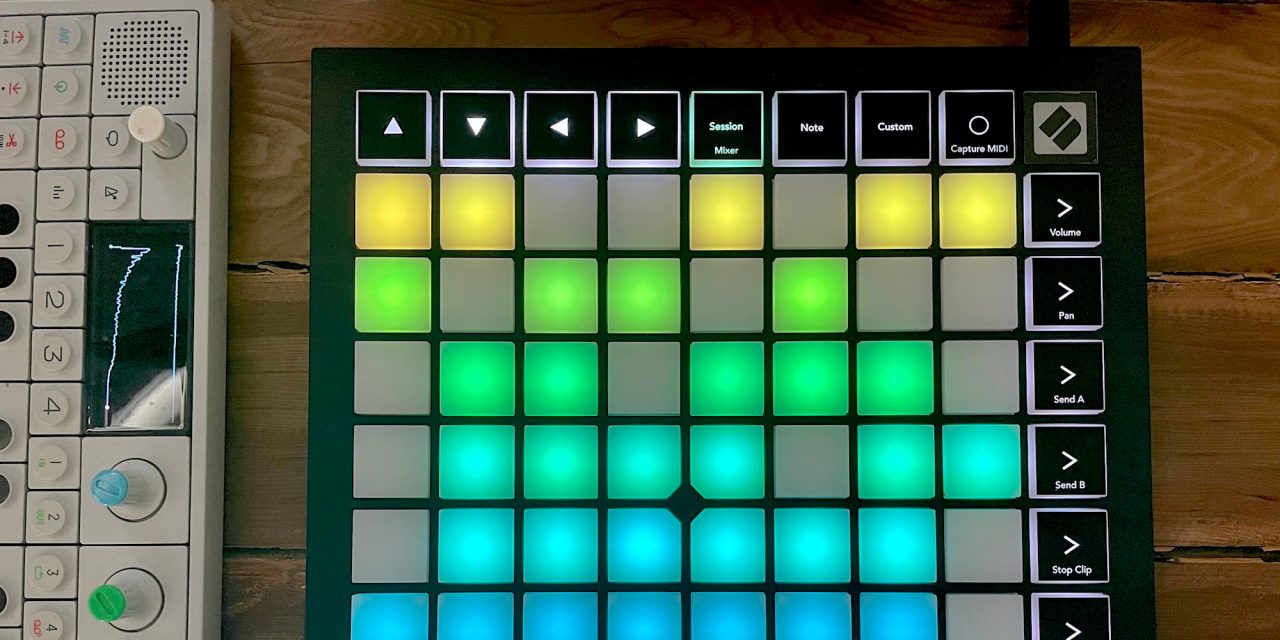 What Launchpad should I get? With basically every Launchpad out there now compatible with Logic Pro it’s time to look at which model is best for Apple’s flagship DAW and your personal needs. After discussing the overall value proposition for Novation’s Launchpad Logic Pro integration last time around, we are now diving in to some of the major differences between them to determine which best suits your needs.

What Launchpad should you buy?

Which is the best Launchpad for Logic Pro? What Launchpad should I get? And which models offer the deepest Logic Pro integration?

We already had a Launchpad X as Apple launched the Logic Pro integration here, but are still looking, along with some collaborators, at which model is best for what, and what Launchpad is going to be the best option for most folks.

It’s important to point out that all three of the current-generation Launchpads will indeed support launching scenes and cells just as you were intending, matching 8×8 RGB pads included. Where they differ falls largely to each machine’s overall footprint/pad size and the “other” hardware controls it offers — velocity and pressure sensitivity, basic hardware app controls, physical MIDI outputs, recording without having to touch your mouse/trackpad, and more. While the main draw here is certainly the ability to trigger, playback, record, and perform scenes and cells with the colorful pads, outside of your budget, deciding what Launchpad to buy will likely be determined by which of these extra app controls and playback/performance hardware features you desire.

Last time we took a look at which Launchpad models were compatible, the Launchpad X was essentially the top-of-the-line controller for Logic Pro Live Loops. That model is now joined by the Launchpad Mini MK3 while the Launchpad Pro MK3 has taken over as the flagship model, offering up everything the other two bring to the party with significantly more app control and playback/performance possibilities. While much of the previous-generation machines are also supported by Logic Pro, for the purposes of this comparison-focused diary entry we will be zeroing-in on Novation’s three aforementioned current-gen. offerings: Launchpad Mini MK3, Launchpad X, and Launchpad Pro MK3.

While capable of full cell and scene launching, as well as basic track controls, Launchpad Mini MK3 is both the smallest and most limited of the three. It measures out at just over 7- by 7-inches and is the only model of the three with “mini” pads, as opposed to the 9.5- by 9.5-inch, full-size pad layout on the mid-tier Launchpad X. While likely even more suitable for portable rigs, for me, that seemingly small, roughly 2.5-inch disparity between the two models is quite noticeable when you start smashing away on the pads, for better or worse.

This one is essentially for the most basic of hardware needs here: playing cells and scenes, and soloing/muting tracks. It does feature the ability to store three custom layouts, but you’re not going to get the fancy note and chord performance modes for playing your own parts, nor does it include on-board track arming, session recording, volume, pan, and send settings, or velocity-sensitive touchpads.

Much of the trade-offs here force Launchpad Mini MK3 users to get their hands on the mouse or trackpad — something that may or not defeat the purpose of buying a Launchpad in the first place. But it is also void of features like the quite powerful Chord mode — turns the pads into key-specific collections of chords and variations with user defined parameters and settings — that won’t be available to users whether or not they want use a mouse as part of the setup. The built-in velocity-sensitive and aftertouch-ready pads also fall into this category and are only available on the Launchpad X and Pro MK3 models, with or without touching your computer.

While the price is certainly alluring here, this one is really only for folks with the most basic of needs that don’t mind grabbing the mouse for more administrative tasks like flipping through tracks, arming them, recording directly into cells from the hardware, and more.

The Launchpad X lands in the mid-tier position here with a feature-set to match. This one is significantly more capable than the Mini MK3 when it comes to app and track control, but does lack some of the physical I/O and fancy on-board performance modes on the Pro MK3.

So far this one remains as the option of choice and the one I would recommend to most folks. However, that is only the case for those that aren’t looking to shed their reliance on a mouse or trackpad — these machines are after all at least partially designed to accomplish this — require additional hardware I/O, and don’t plan on making use of the Launchpad’s built-in sequencer/composition options.

Another sore spot for me personally is the lack of Chord Mode. Unfortunately, you would have to upgrade to the Pro MK3 to score Novation’s sweet standalone Chord performance/composition setup. While you probably won’t need this anyway if you’re only planning on using a Launchpad for scene and cell triggering, I for one have very much missed the option to implement this into my Launchpad Logic Pro setup — it is the main driving force behind the desire to score the flagship Pro model for me.

The Launchpad Pro MK3 is the big-boy flagship Logic Pro Live Loops controller at this point with significantly more real-estate for additional hardware controls. It does, however, offer up the same-sized and amount of RGB pads as the Launchpad X while reaching even deeper into your pocket. The additional $150 on the price tag nets you the same pads (although some of the 8×8 pads on the Launchpad X are repurposed for scene triggers etc, effectively leaving even more on the Pro model) but with additional mouse-free hardware control along with the Chord Mode and step sequencer.

Unless you plan on attempting a completely Launchpad-controlled Logic Pro setup, particularly desire the on-board Chord Mode, or are looking to also send/receive MIDI data to/from other external hardware (physical synthesizers, drum machines, etc.), the $350 price tag likely isn’t worth it. If you are indeed intending on making good use of these additional features, along with 4-channel step sequencer and the ability to create up to eight custom surface layouts, it is the best in the business for Logic Pro Live Loops users. As I mentioned above, the interesting and quite creative Chord Mode on its own is enough for me to consider the upgrade.

Some final thoughts on what Launchpad to get?

The introduction of physical Live Loops and Logic Pro control via Novation’s repurposed pads has been a treat to say the least, and hopefully this information will help some folks decide what Launchpad to get. At this point, it would appear as though the Launchpad X is the best bang for your buck if the additional Pro features aren’t going to get much use in your studio setup. It just feels like it’s in a far more affordable price range for most at-home music producers and offers up just enough functionality outside of the cell/scene triggering to feel like it doubles as a somewhat fully-fleshed out creative Logic Pro controller/composition tool on top of that.

Let us know below which model you went with and why. Is the Chord Mode and expanded I/O really worth the up charge on the Pro MK3? Or is the Mini model more than enough for your needs?

Hit up the first entry in our Logic Pros Live Loops Launchpad Diary right here and this breakdown of the latest Logic Pro 10.6 update as well.