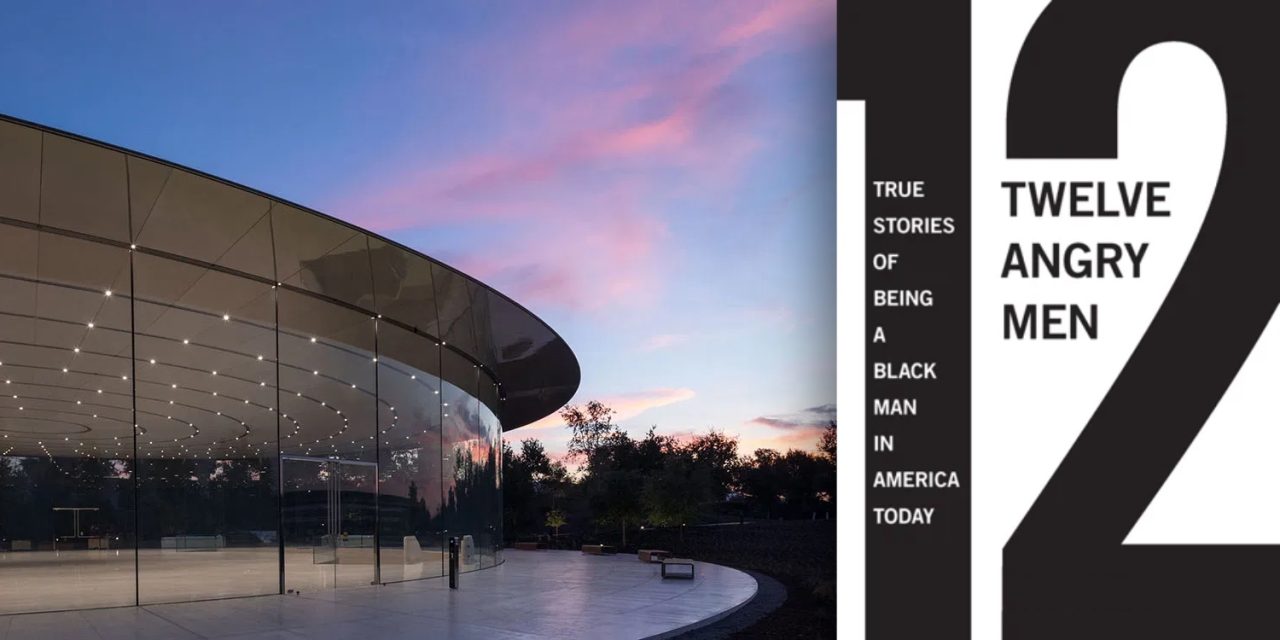 The Billie Holiday Theatre recently recorded a new version of their critically acclaimed work ’12 Angry Mend … And Women; The Weight of the Wait’ at Apple’s Steve Jobs Theater. Apple is streaming the play for free for four weeks through the Apple TV app.

Featuring stories from the critically acclaimed book 12 Angry Men: True Stories of Being a Black Man in America Today, the film explores narratives of unjust racial profiling and police action. The film will be available for free through the Apple TV app from March 26 through April 22nd.

Billie Holiday theater company has performed 12 Angry Men .. and Women’ before, most recently on YouTube. The Steve Jobs Theater version is similar but will include a new original story that covers the killing of Breonna Taylor.

The four week window of this new performance is exclusive to the Apple TV app. Note that this is free for anyone using the TV app, it does not require a TV+ subscription.

Apple users can also enjoy the composer’s cut of the performance through Apple Podcasts.

“Black Theater institutions have been the vanguards of stories rooted in equity and racial justice for centuries. The Billie Holiday Theatre’s production of 12 Angry Men…And Women at the Steve Jobs Theater embodies the spirit of that legacy, while innovating on how this story is told,” said Wendell Pierce, actor and Board Member, The Billie Holiday Theatre. “This is a necessary and timely work of art that centers around the systemic racial injustices in this country and our partnership with Apple makes it more widely accessible to audiences, sparking meaningful conversations that lead to change.”

This is the first time Apple has allowed a theatrical group to use the Steve Jobs Theater for a recorded event. Apple has previously used the venue as a music concert stage, including Billie Eilish in 2019. Of course, the Theater is mostly reserved for internal Apple employee presentations and Apple’s product media events.