Twitter users can now add GIFs and stickers to Fleets 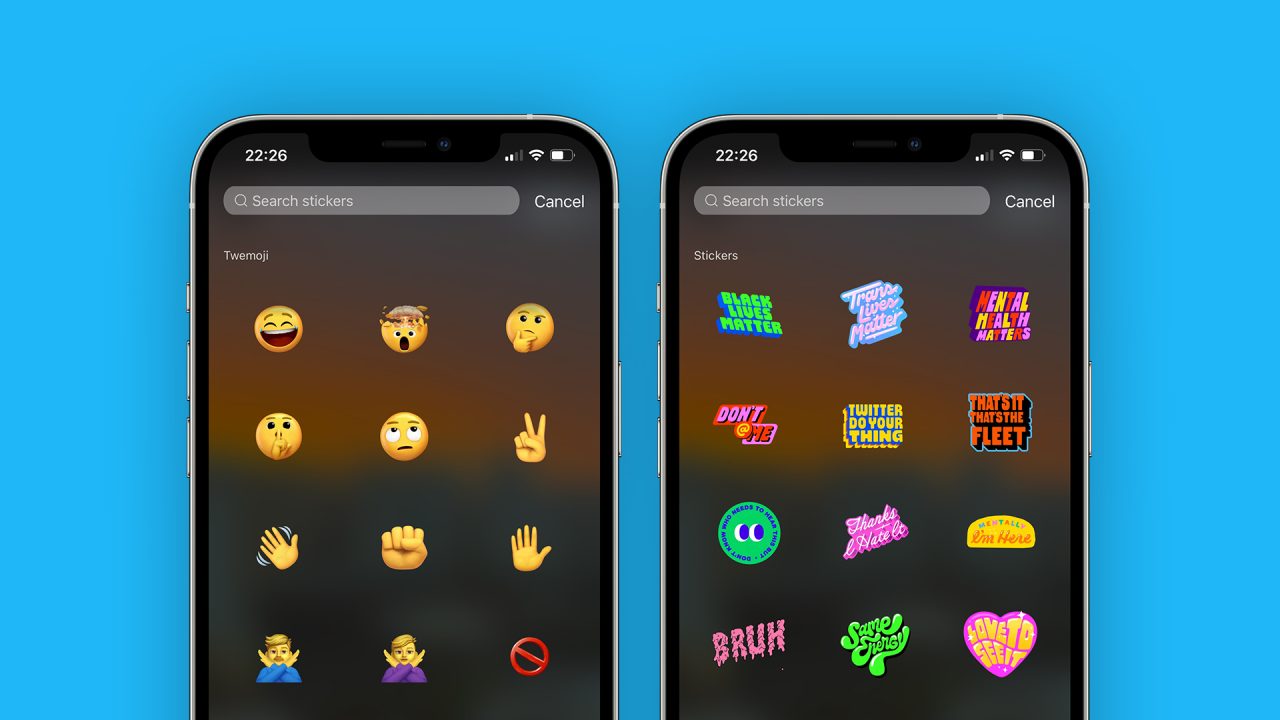 Twitter today announced some nice changes coming to Fleets, which are basically stories shown within the Twitter app for iPhone and Android. Starting today, users can now add GIFs and stickers to Fleets, which makes the feature even more like Instagram Stories.

The new option will appear right next to the buttons for adding text or changing the background. By tapping the Smile button, users will find a variety of stickers and GIFs, as well as a search bar that shows GIFs from Tenor and Giphy (via The Verge).

Your Fleets just got an upgrade. Now you can express yourself in the conversation with stickers. Add GIFs and Twemojis to a Fleet by tapping the Smile icon, on Android and iOS.

Among the new stickers, there is also something called Twemojis, which are basically animated versions of some popular emojis like the flame, heart, laughing face, thinking face, and facepalm. You can simply tap on a sticker or GIF and then drag it wherever you want on the Fleet screen.

Twitter says the new feature is being rolled out to all users through the latest version of the app for iOS and Android.

On a related note, Twitter also announced today that Periscope will be permanently shut down on Thursday, April 1.