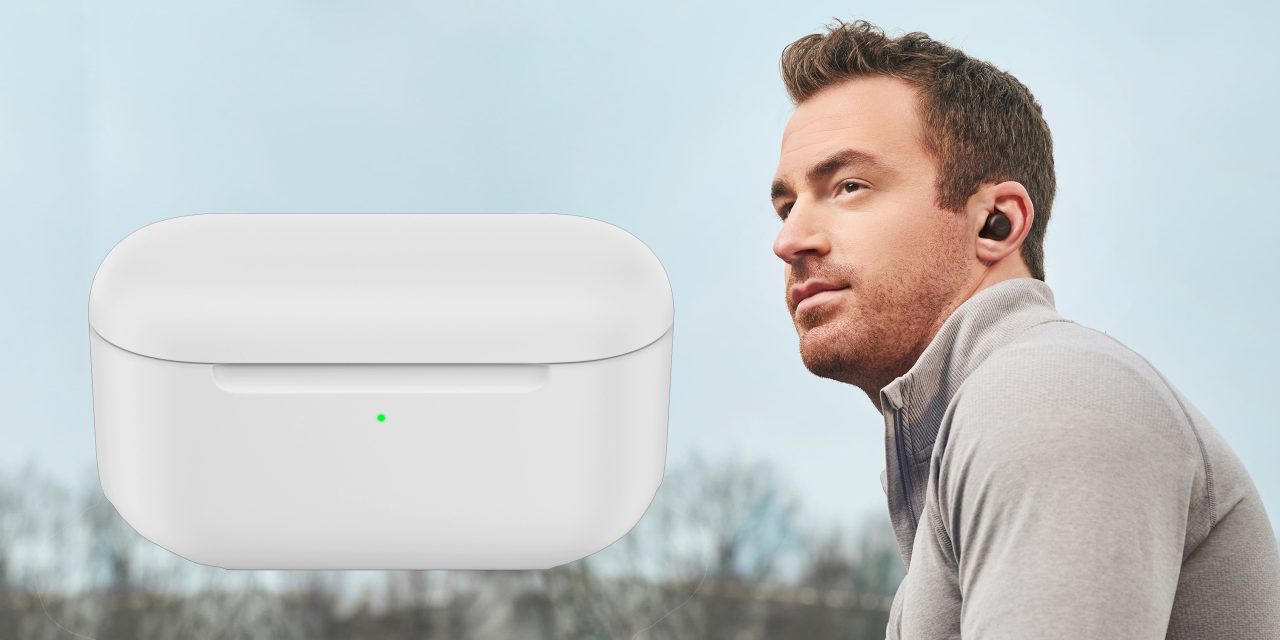 Amazon today introduced the second-generation of its Echo Buds while the Apple community awaits the introduction of AirPods 3. For the first-gen buds, Amazon only offered them in black, but this year they have added a white color… and the white case design very much borders on AirPods Pro/AirPods 3 territory.

Also just like AirPods, the new wireless charging case is an optional extra, priced $20 above the normal $119 price point. However, to be fair, that is where the similarities end, as the Echo Buds lack the stems that are currently AirPods’ trademark …

The Echo Buds case in white can easily be confused for the AirPods Pro case, although Amazon manages to also release its truly-wireless earbuds in black — a feat that Apple has yet to achieve.

With the charging case, Amazon promises up to 15 hours of battery life for music playback. This is a little below Apple’s estimated 24-hour runtime. In addition to an AirPods Pro-esque case, the Echo Buds use a new vented design like the AirPod Pros as well to help with comfort.

Apple is expected to catch up to the Echo Buds form factor with the next-generation of AirPods Pro. A report from Bloomberg said Apple would drop the stems in AirPods Pro 2, and feature a rounded shape casing. The new AirPods Pro are expected later this year or early in 2022.

What is more imminent is AirPods 3, the entry-level of the AirPods line. AirPods 3 will largely resemble the design of AirPods Pro — except they will lack the in-ear tips and are unlikely to feature active noise cancellation.

The AirPods 3 have been leaked and photographed all over the place, which is usually a good indicator that they are close to launch. However, Ming-Chi Kuo recently said they are not expected to enter mass production until the third quarter. It remains unclear if Apple will keep selling second-generation AirPods — perhaps at a discount — when the new models eventually do come out.

That being said, Apple’s “Spring Loaded” product event is coming up next week, and there’s a chance AirPods 3 could make an appearance. More likely, we expect the April event to feature the unveiling of the 2021 iPad Pro lineup.