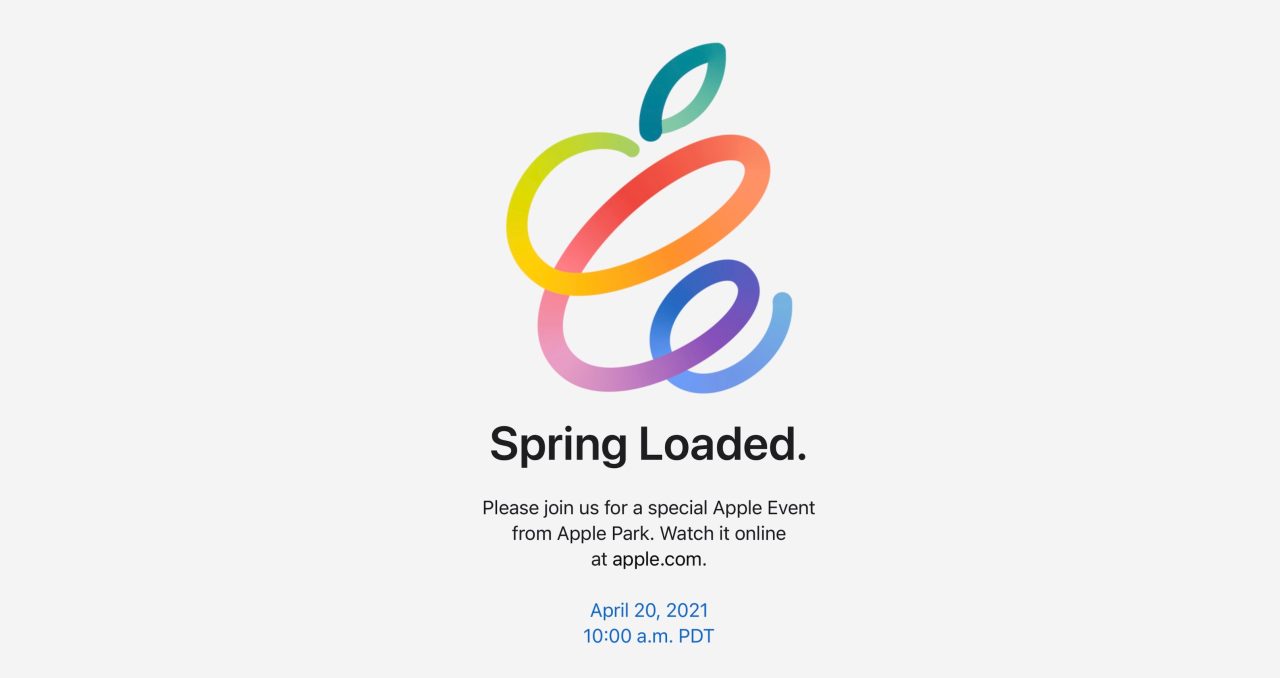 After holding three special events in three months last fall (September, October, and November), the April event will mark Apple’s first event of 2021. The event will once again be held remotely due to the ongoing COVID-19 pandemic.

This continues Apple’s trend of spring events. In 2019, Apple held an event at Steve Jobs Theater to unveil new Services initiatives such as Apple Card, Apple Arcade, and Apple TV+. Last year, Apple did not hold a March event due to the pandemic, but it did announce a new iPad Pro, Magic Keyboard, and MacBook Air via press releases in March, followed by the second-generation iPhone SE via a press release in April.

Apple’s April event will be live-streamed across Apple’s website, in the Apple TV app, and on YouTube. We’ll have more details on this process, including instructions on how to watch, when event day rolls around.

What to expect at Apple’s April event

There are multiple possibilities on what Apple could have in store for its April event this year. Most notably, we are expecting Apple to update the iPad Pro lineup, bringing mini-LED display technology to the 12.9-inch model and new processors to both models.

Other than the new iPad Pro, Apple is also rumored to be working on new AirPods, including AirPods 3 and AirPods Pro 2. An Apple TV update also continues to be rumored, but it’s unclear whether it will make the cut for the April event.

Apple is also in the midst of transition the Mac lineup to Apple Silicon processors. While the new 14-inch and 16-inch MacBook Pro models are not expected until the second half of the year, there is a possibility that a new iMac is unveiled during the April event. Apple recently discontinued the iMac Pro, while multiple 21.5-inch iMac models are also currently back-ordered or completely unavailable.

Finally, the April event could represent the long-await debut of Apple’s AirTags. These item trackers have been rumored for two years at this point, and they are currently believed to be scheduled for this spring.

Apple’s April event is likely to be a mix of products across various categories, so it will be interesting to see how Apple puts everything together. What are you most looking forward to seeing at Apple’s April event? Let us know down in the comments!