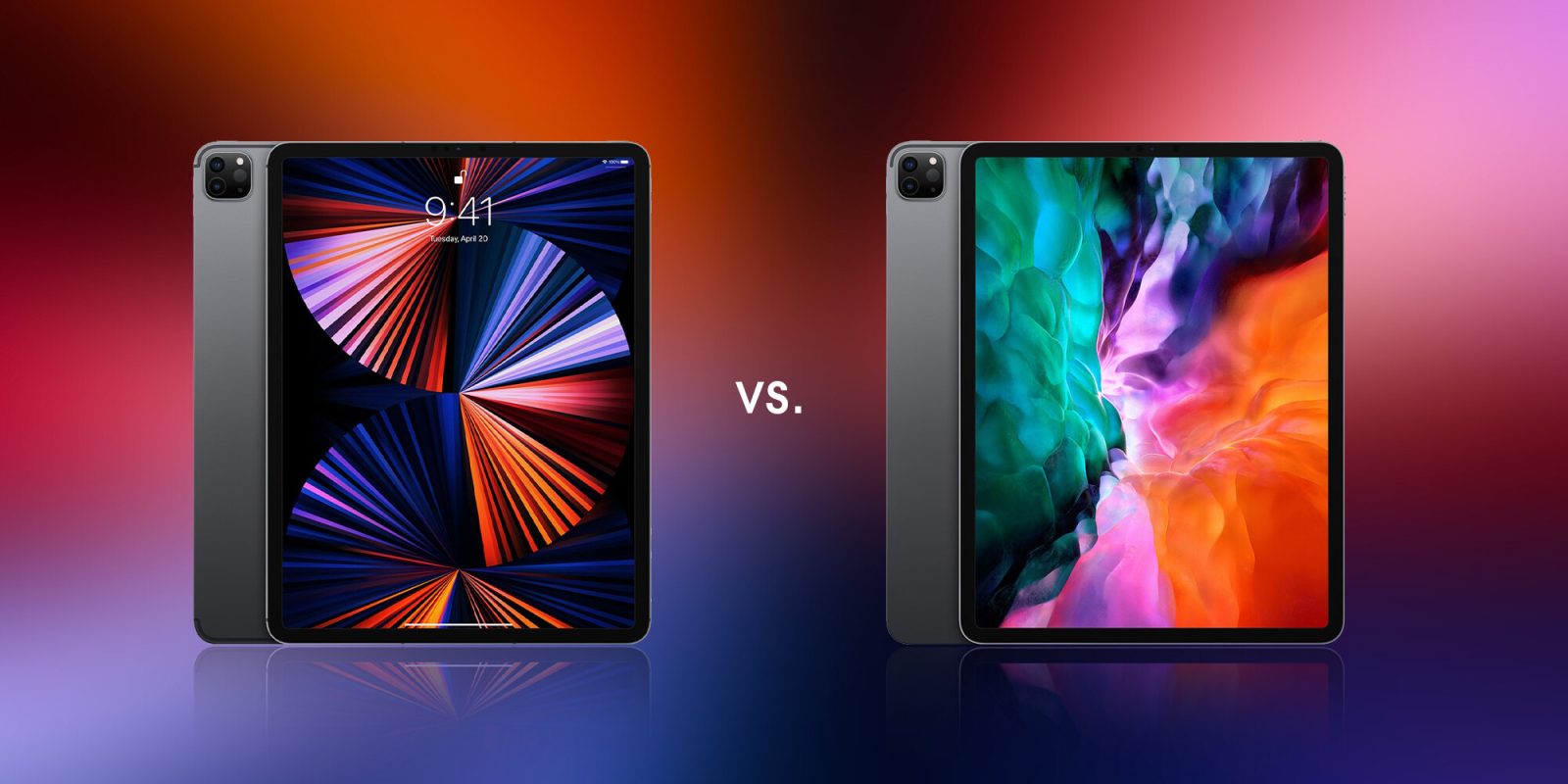 Apple debuted the 2021 iPad Pro lineup just over a year after the 2020 iPad Pro arrived. The new M1 11-inch and 12.9-inch iPad Pro bring a number of hardware updates and capabilities beyond the switch to the powerful Apple Silicon chip. Not sure about picking one up or just curious about the differences? Read on for a detailed look at the new iPad Pro vs. 2020 iPad Pro.

While the 2021 iPad Pro lineup definitely includes some notable improvements, it will be your personal workflow and needs that will determine if it’s worth buying. In this comparison, we’ll dive into all the main differences to help you figure out what’s the best fit for you – keeping what you have, going for an older iPad Pro/iPad Air, or picking up the new iPad Pro.

The hardware has seen some big improvements across the board with the 2021 iPad Pro. Really, the question may be whether you need all this power on your iPad, but nonetheless, the new iPad Pro is a beast.

Apple says the new iPad Pro with M1 chip offers 50% faster CPU performance and 40% faster GPU performance than the A12Z in the 2020 iPad Pro. Storage is up to 2x faster with capacities now up to 2TB, and the unified RAM on the M1 chip comes in 8GB or 16GB (latter for the 1/2TB storage models).

Thunderbolt is now included on the iPad Pro, which could be compelling for power users with big bandwidth needs and those with Thunderbolt displays.

Finally, if connectivity on the go is important, 5G comes with the new cellular iPad Pro models.

As you’d expect, the new 2021 iPad Pro models work with the second-gen Apple Pencil, the Magic Keyboard, and other iPad Pro accessories.

If you’re comparing the new 11-inch iPad Pro to the 2020 version, the display is identical.

However, the 12.9-inch M1 iPad Pro brings the new Liquid Retina Display XDR with mini-LED tech. That means full-screen brightness up to 1000 nits with peak brightness up to 1600 when viewing and editing what Apple calls “true-to-life HDR content.”

That’s thanks to 10,000 mini-LEDs that offer over 2500 local dimming zones on the new Liquid Retina Display XDR.

The camera setup on both the rear and front has been updated with the 2021 iPad Pro, but the majority of the changes come with a new TrueDepth front-facing camera.

Center Stage uses the much larger field of view on the new front camera and the machine learning capabilities of M1 to recognize and keep users centered in the frame. As users move around, Center Stage automatically pans to keep them in the shot.

Everything here is essentially identical for the new 11-inch iPad. However, the new 12.9-inch iPad is a bit heavier and thicker, likely because of the new mini-LED Liquid Retina Display XDR.

There have been some other tweaks, like the jump to 1TB storage being more expensive with the M1 iPad Pro. To help reduce the cost of the 5G cellular models, when buying directly from Apple, the major US carriers are offering up to $200 discounts (look for the link at the top of Apple’s iPad Pro page).

Hopefully, you’ve got a good idea now whether the changes with the new iPad Pro will make a meaningful difference for your workflow.

While the M1 arriving on the iPad Pro with Thunderbolt, new XDR display, and more are no doubt big improvements, users may be bottlenecked by iPadOS more than anything else at this point. But if you’re a power user that values the most capable iPad or just don’t mind spending the money, the 2021 iPad Pros are impressive machines.

However, if you mostly use iPad for medium to light tasks, you’re probably best served with your existing iPad or going for the more affordable iPad Air or a previous-gen iPad Pro.

The 2021 iPad Pro is available to purchase with deliveries starting in the second half of May.

For even more details, check out our coverage below: