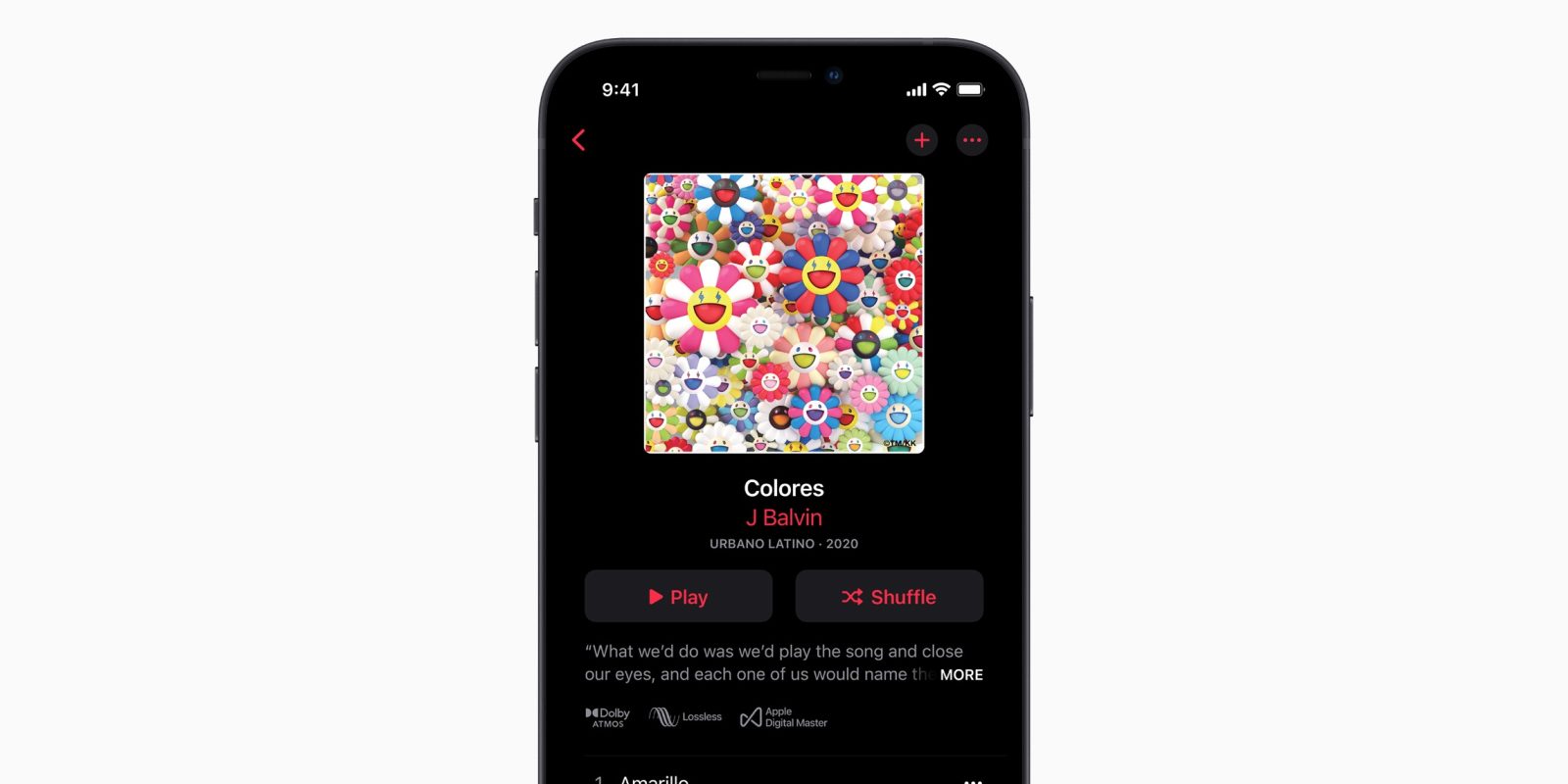 Apple Music officially announced that it is bringing lossless music quality options to its entire catalog at no extra cost, starting in June. Apple says lossless quality will be available for more than 75 million tracks in the Apple Music library.

It is also launching support for Spatial Audio music with songs authored in Dolby Atmos. Users will be able to listen to select albums with an immersive 3D sound-space on AirPods, AirPods Pro, AirPods Max and Beats headphones with a H1 or W1 chip. Apple says thousands of Dolby Atmos songs will go live in June.

Apple says it is partnering with artists including Ariana Grande, Maroon 5, Kacey Musgraves and more for the initial launch of Dolby Atmos on Apple Music.

Currently, ‘Spatial Audio’ requires either AirPods Pro or AirPods Max. Apple says Dolby Atmos tracks will stream to any AirPods or Beats headphones with a W1/H1 chip, so we’ll have to wait and see how good the 3D effect is on all different types of headphones.

As seen in the screenshot above, albums that support spatial audio will be marked with a new Dolby Atmos logo. Lossless audio uses the ALAC format. You can choose to listen in lossless mode by going to Settings -> Music -> Audio Quality and selecting Lossless or Hi-Resolution Lossless.

Lossless formats consume significantly higher bandwidth to stream and so Apple is making the feature explicitly opt-in. It’s also currently unclear whether AirPods alone are good enough to hear the difference in sound quality. It may require more professional and specialist wired headphones to truly enjoy; at minimum, Hi-Res Lossless will require an external DAC.

Apple Music will launch the new lossless and spatial audio features in June, probably alongside the release of iOS 14.6.