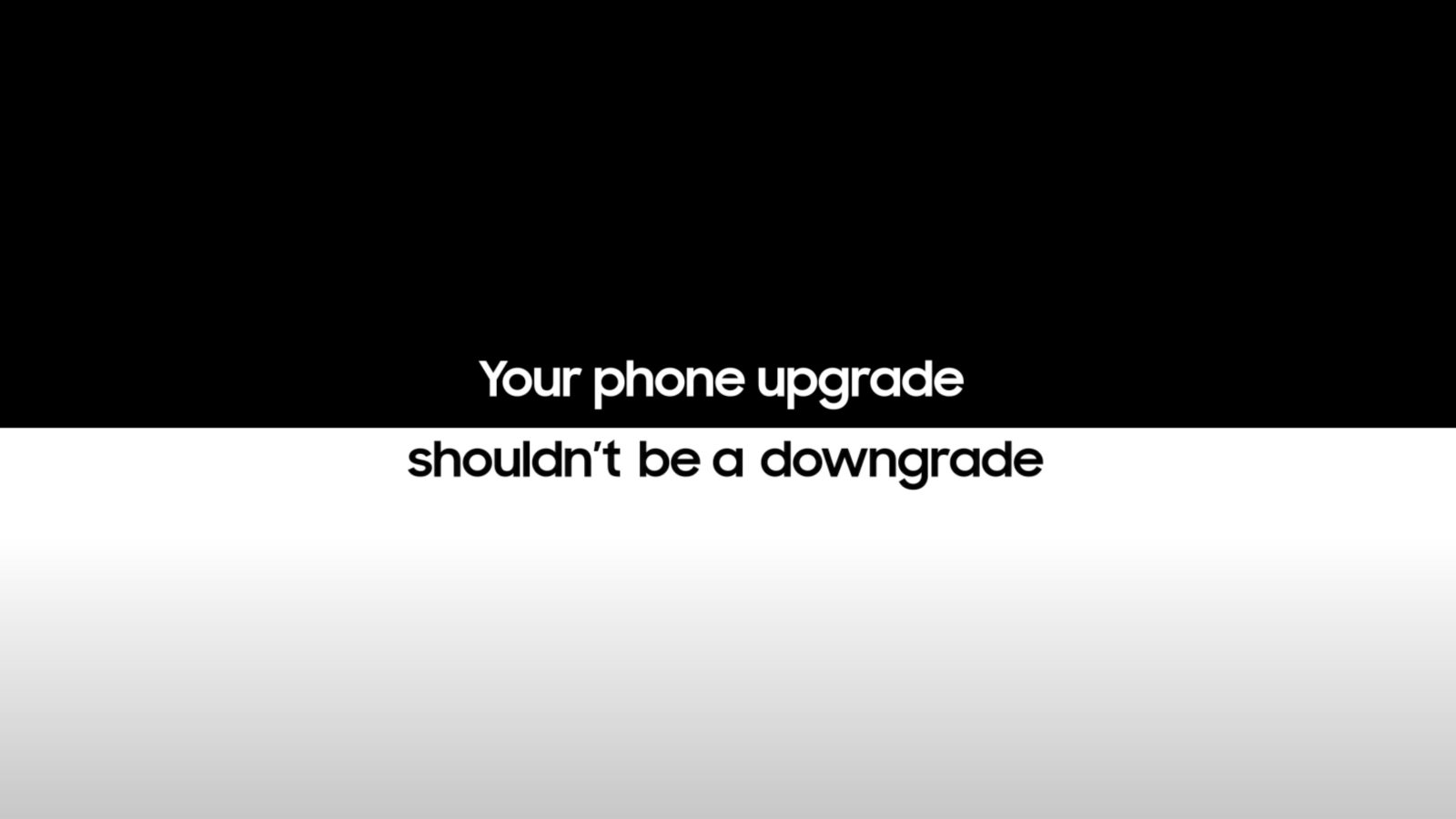 In three new short videos, Samsung promotes its Galaxy S21 Ultra over the iPhone 12 Pro Max in the campaign, “Your phone upgrade shouldn’t be a downgrade.” Of course, this is not the first time Samsung has mocked the iPhone in its advertisements.

These ads mainly focus on the cameras in the S21 Ultra. On the first ad, for example, Samsung highlights its 100x Space Zoom, while the iPhone 12 Pro Max only offers a 12x digital zoom. In the video, it’s the classic comparison of the Moon shoot.

Although we can’t say for sure how much of Moon’s pics on a Galaxy phone are 100% true to the natural satellite and not only a lot of Artificial Intelligence, Apple has yet to deliver a camera with improved zoom.

The second ad is about Samsung’s 108MP main sensor over iPhone’s 12MP lens. After taking a photo of a hamburger, Samsung says the S21 Ultra looks better with crispier details after zooming in the image.

Finally, Samsung highlights its Single Take feature over iPhone’s Live Photo. With Single Take, an S21 Ultra user can capture up to 14 types of photos and videos from within 3 to 10 seconds of capture time, while Live Photo only records three seconds of video of a picture.

Since it’s a Samsung commercial, it’s obvious that the iPhone 12 Pro Max would look bad, but as we know, it’s not the reality. Apple still has room to improve iPhone cameras, but they can do a really great job already.

Apart from Samsung, recently Intel also attacked Apple over the M1 chip – and even the iPad as a hybrid computer. In this case, the ads look worse for Intel. You can check out the three ads Samsung posted in its YouTube channel below: