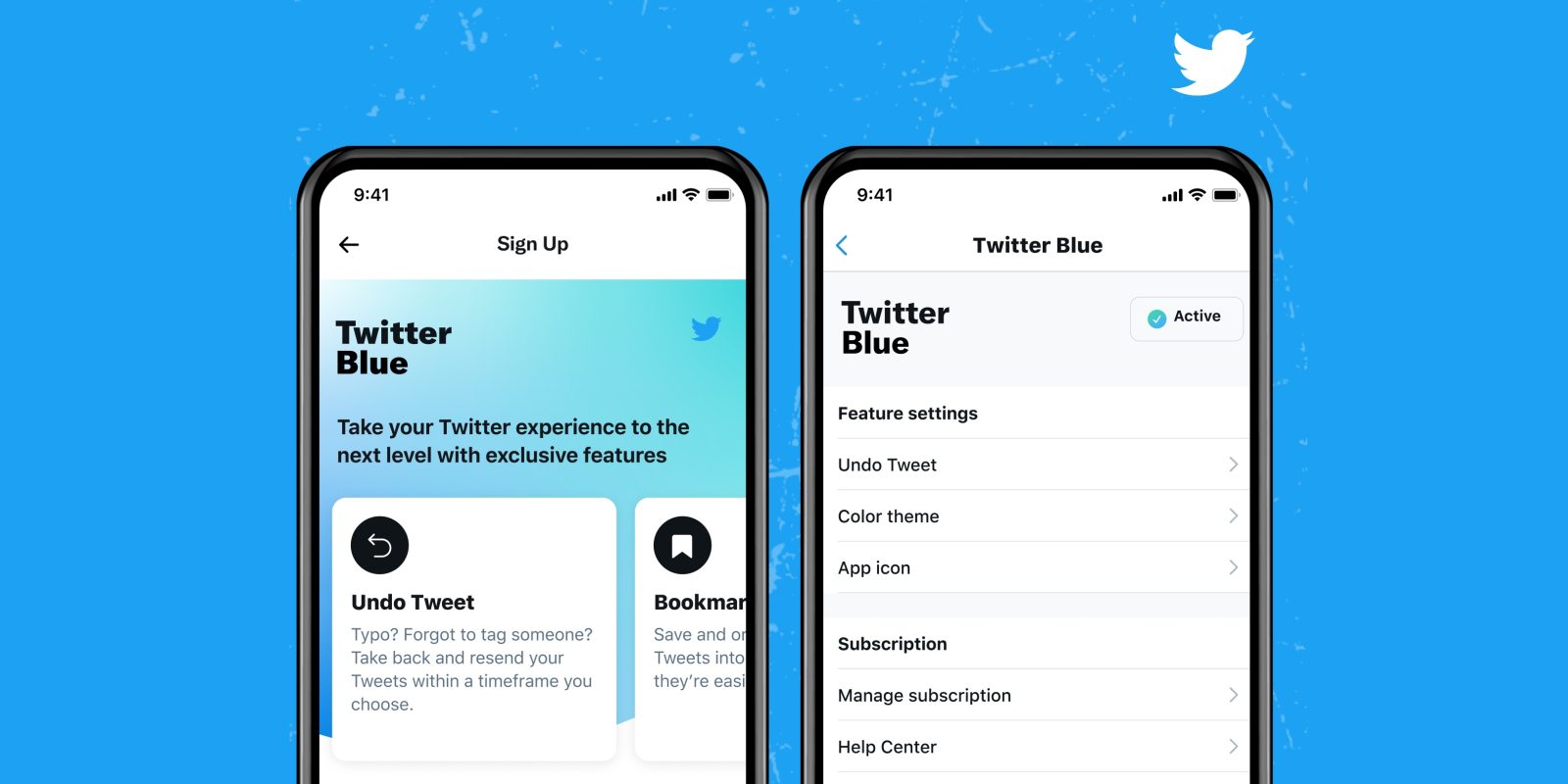 After months of leaks, social networking platform Twitter has today launched its subscription plan called Twitter Blue. For $2.99 per month, users can unlock additional functionality including the ability to undo a just-sent tweet (not quite the edit button that everyone wants), and access to new theming and bookmarking features.

Twitter Blue is launching today in Canada ($3.49/mo CAD) and Australia ($4.49/mo AUD). It will arrive for Twitter users in the United States later in the year.

The headline feature here is Undo Send, although it doesn’t really work like the long-requested edit button. Instead, users set a timeout up to 30 seconds. When the user composes a tweet, it won’t appear in the timeline until the timeout expires. Whilst the timer ticks down, you can press a button to cancel the send altogether.

Twitter expects to roll out more features to Twitter Blue over time, and teased that additional features may come alongside the US rollout.

The launch of Twitter Blue premium features comes as Twitter promised to investors to double its total annual company revenue within two years. Twitter Blue is just one of Twitter’s planned monetisation methods.

It also plans to launch a ‘Super Follow’ feature later this year that will allow users to give money to their favorite creators on the platform, and will take a cut of sales.

Will you be subscribing to Twitter Blue? Let us know in the comments.