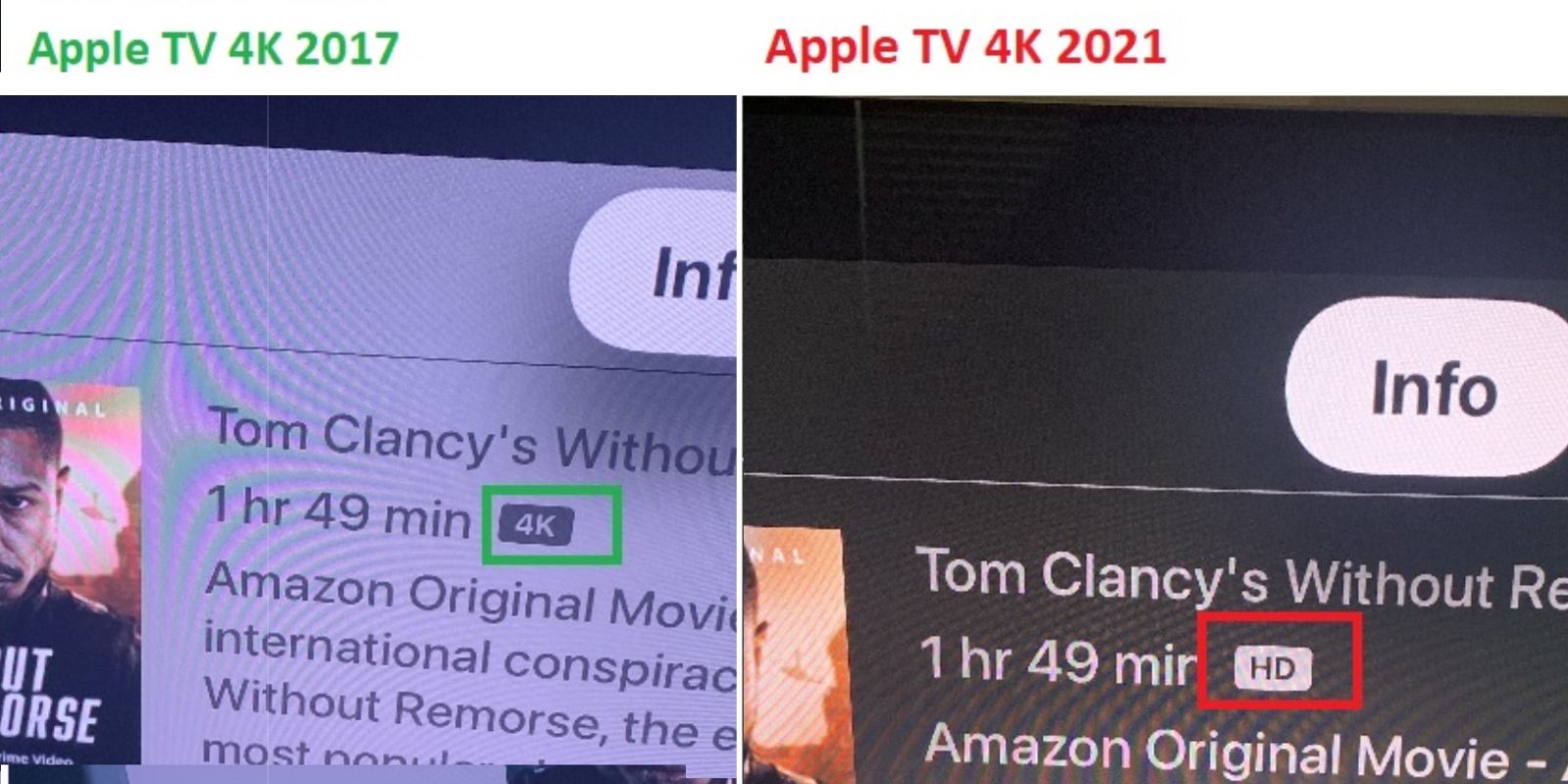 Update (June 4): This bug appears to have been fixed in tvOS 14.7 beta 2, which is currently available for developer testing. It should be released to the public in a few weeks. Original story below.

Some users have noticed that on the new Apple TV 4K, their TV shows and movies do not appear to be listed as 4K, instead showing as HD. This applies to third-party apps like Netflix, HBO Max, and Disney+, as well as iTunes content through the standalone iTunes Movies and TV Shows apps.

Theoretically, the new Apple TV 4K second generation offers the highest video quality ever, up to 4K HDR at 60 frames per second. Naturally, customers are upset that their brand-new boxes are not delivering on that promise and seemingly behaving as if they were an Apple TV HD from 2015.

At first, it was thought to be an HDMI cable issue, but readers have said they have switched out their first-generation Apple TV 4K with the just-released model using the same cables and still experience the same problem.

It’s still a bit unclear whether the actual source video being shown on screen is HD or 4K on the new box. It seems like it might just be a UI labeling bug, where the interface is reporting HD quality even if the actual video content being displayed is 4K.

However, this is hard to verify as the Apple TV always sends a 4K signal to the television set, upscaling the UI if need be, when in 4K mode. The behavior might also vary by application.

According to users on Reddit, this bug exists both in the public tvOS 14.6 release and in the tvOS 14.7 beta seed. Apple is supposedly aware of the issue, but a timeline for a fix is not yet known.