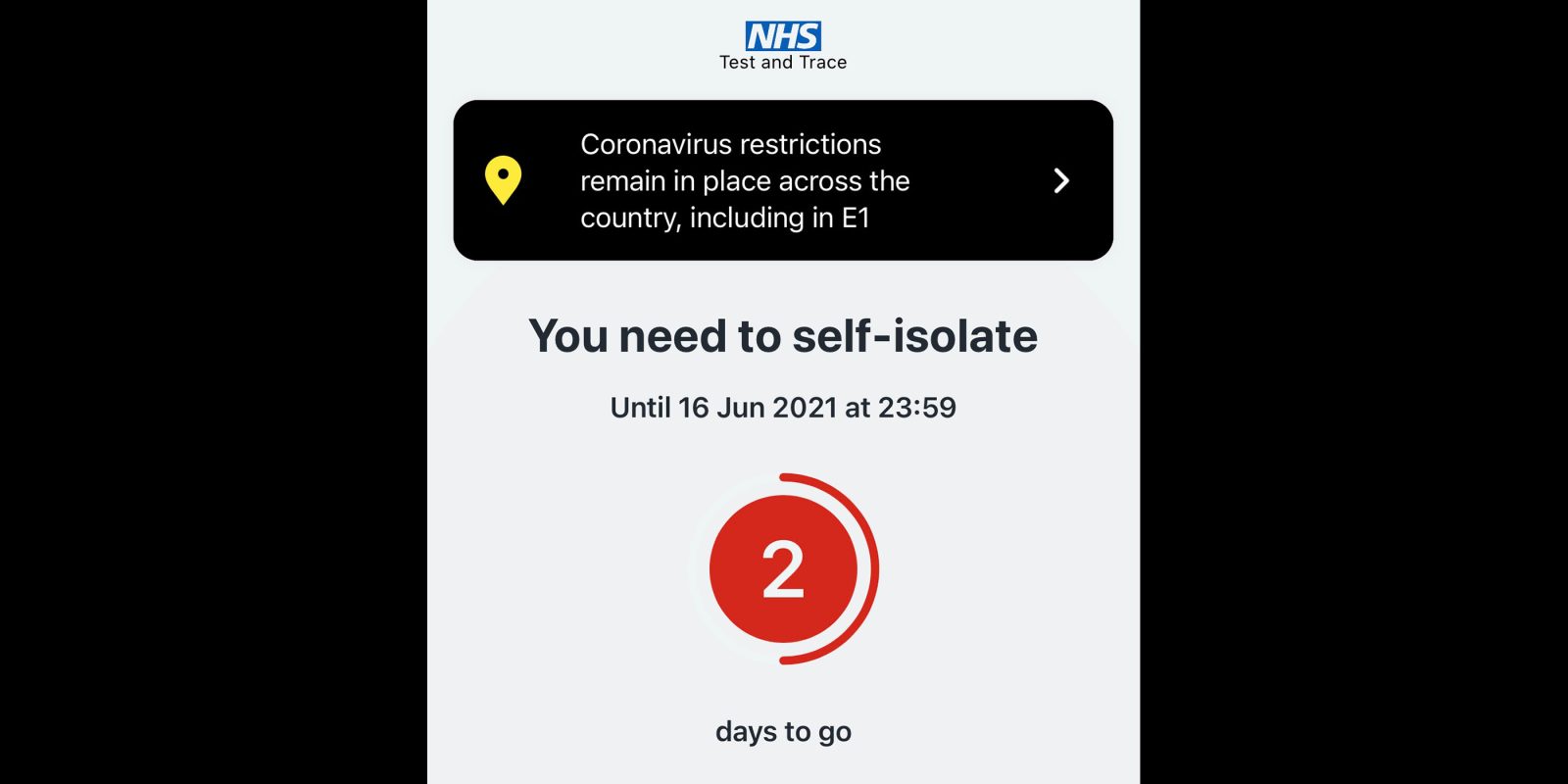 The path to getting a UK contact tracing app was a rather tortuous one. The country initially decided to ignore the joint Apple/Google API and develop its own app. Having wasted literally millions of pounds doing so, it then reversed course and decided to build the COVID-19 API into an NHS app.

Unfortunately, my experience suggests that even the API-powered app doesn’t work too well in practice …

The app can be triggered in one of three ways. First, via the API; second, via a venue check-in; third, by manual contact tracing.

Notifications triggered by the Apple/Google API are automatic. Once someone with whom you’ve had contact has been tested and registered a positive test result in their app, everyone who has been within range of them will be automatically notified by their own app the next time it downloads codes.

The second route is when you check into a location like a shop or restaurant using the NHS app. You scan a QR code on entry, and then if anyone scanned the same QR code at around the same time as you, and subsequently tested positive for COVID-19, that too should trigger a notification.

Third, if someone tests positive but wasn’t using the app, a contact tracer should ask them where they have been, and who they have seen, and try to arrange alerts that way. Despite spending literally billions of pounds on this system, all the evidence suggests that has been an abject failure.

In either of the app-based scenarios, the app should advise contacts to self-isolate. The self-isolation period is 10 days from the initial contact.

Eight days ago, I went for a meal at a restaurant with a friend. We both scanned the QR code on entry.

Late last night, the friend messaged me to say she’d had a notification from the app that she needed to self-isolate. She asked if I’d received one too, as the date seemed to match the meal we’d had. I said no – but this morning decided to open the app to double-check.

Sure enough, despite the lack of notification (and double-checking that notifications were on), the app told me to self-isolate. Without my friend’s prompting, the first time I would have seen that message was when opening the app to check in at another venue.

Now that I have been alerted, what should have been a 10-day self-isolation period ends… the day after my alert.

There are two problems here. First, there’s clearly a fault with the app in failing to issue the notification. That doesn’t surprise me: The British government handling of the pandemic has been a complete mess in every respect other than vaccinations, with corruption on a scale that is hard to credit. From personal protective equipment for medical staff, through the app, to the test-and-trace system, contracts have been handed out to mates of government ministers using emergency legislation that bypasses all the usual qualification and tender requirements. Don’t even get me started on that.

But the second issue is a weakness that applies to all three methods of notification: It relies on prompt testing, and timely test results.

Some basic detective work has pretty much identified the positive contact as someone at the next table to us. Let’s call them X.

The first thing that needs to happen is for X to either develop symptoms (prompting them to get a test), or just take a routine test. That may itself be a few days. Then they need to actually take the test. We do have home test kits available, but not everyone has them, so that can again take a day or two. Then they need to wait for the result. If it’s a PCR test, requiring the material to be sent to a lab, that can again take several days.

So all in all, the time between us being in close contact with X, to X registering their positive result in the app, could very easily be a week or more. So to be notified seven or eight days later is not going to be unusual. Which means people are going to be self-isolating only for the final two or three days.

Now, in my personal case, the risk is low. I’ve had both vaccinations (the second one requiring another week to take full effect), and I have home test kits that I use religiously. I test myself prior to meeting anyone, and I test again the following morning. All my subsequent tests have been negative.

But it does illustrate that contact tracing apps, even when they use the Apple/Google API, are of very limited value in real-world use.