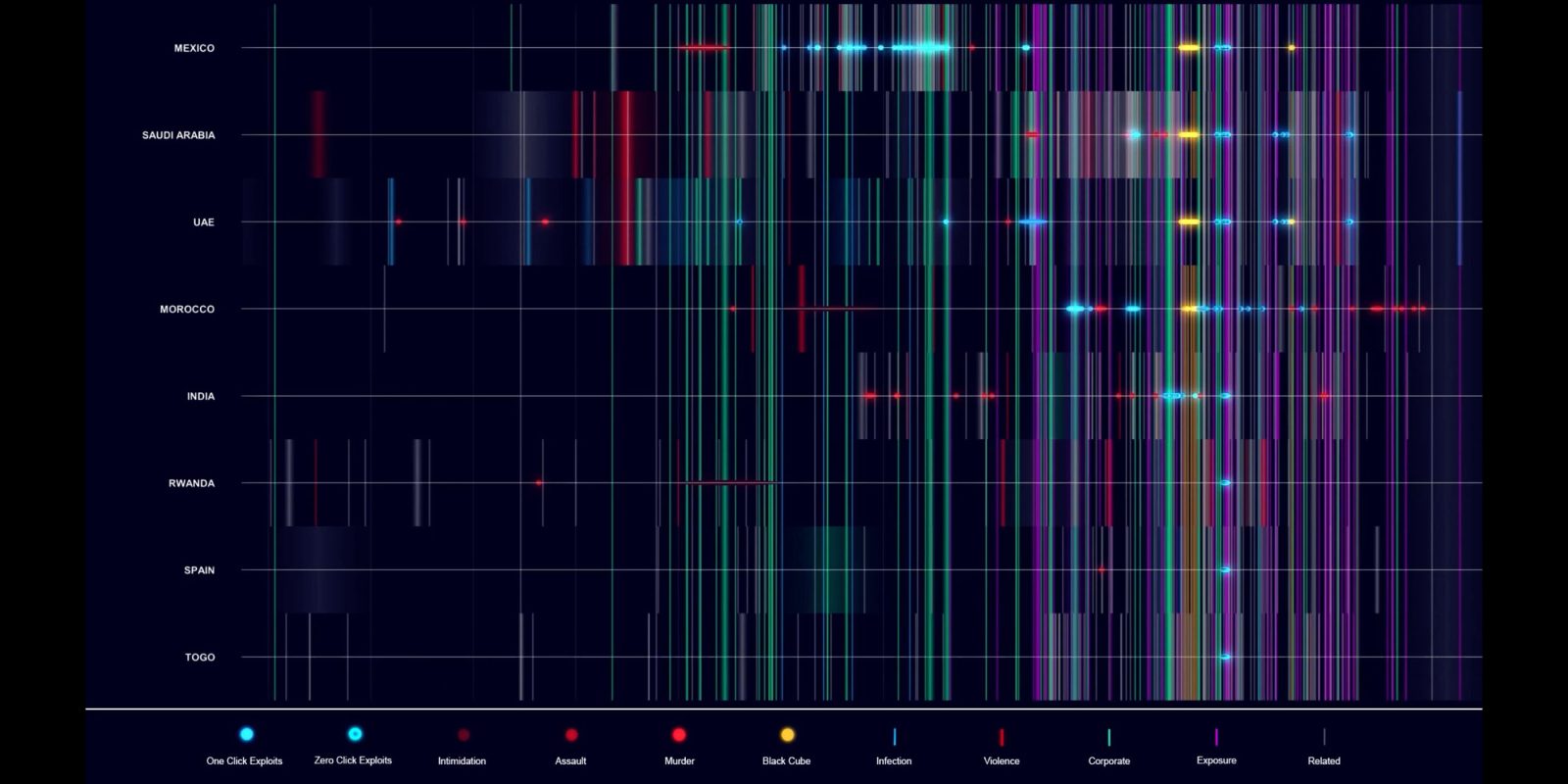 NSO uses zero-day exploits to develop spyware for both iPhones and Android smartphones, allowing users to read text messages and emails, monitor contacts and calls, track locations, collect passwords, and even switch on the smartphone’s microphone to record meetings …

A zero-day vulnerability is a security flaw that is unknown to the company that makes the hardware or software, and can be used to create malware, including spyware. The privacy protections in iPhones mean that zero-days discovered in iOS can be worth large sums of money on the black market, with Israel-based NSO Group buying many of them for its Pegasus spyware.

NSO was founded in 2010, with reports on iPhone exploits dating back many years. The company says that it only sells Pegasus to governments, but critics say that these include countries with records of human rights abuses.

In 2019, it was discovered that Pegasus could silently collect all iCloud data from a target’s phone. Pegasus was also reportedly behind a text-activated hack of iPhones belonging to Al Jazeera journalists. As with other NSO attacks, it was a zero-touch exploit that didn’t require the victim to do anything other than receive the text.

Amnesty International last year tried without success to block exports of the spyware.

Bloomberg reports on the new database that claims to link use of Pegasus to multiple abuses, up to and including murder.

A new research database from human rights groups accuses Israeli company NSO Group Ltd. of providing technology to governments that has been used to snoop on dozens of journalists, activists and lawyers and alleges that the product is linked to acts of violence including break-ins, harassment, intimidation and murder […]

A new database released on Saturday by Amnesty International, Citizen Lab and Forensic Architecture documents more than 60 cases in which NSO’s spyware has been used to target dissidents and government critics from countries including Rwanda, Togo, Spain, the United Arab Emirates, Saudi Arabia, Mexico, Morocco and India […]

The new database by the human rights groups, titled “Digital Violence: How the NSO Group Enables State Terror,” is based on an analysis of legal files, interviews with alleged victims, export licenses, news reports and procurement records.

The rights groups allege that government use of NSO spyware is “consistently entangled with a spectrum of physical violations,” including arrests, assaults, and even murder, in the case of the Saudi journalist Jamal Khashoggi, whose associates were allegedly targeted by the Saudi’s use of Pegasus prior to his assassination at the hands of Saudi government operatives in October 2018. NSO has denied that its technology was used to target Khashoggi.

NSO says that it already refuses to sell its spyware to 55 countries, and that it investigates claims of abuse.

NSO Group investigates all credible claims of misuse, and NSO takes appropriate action based on the results of its investigations. This includes shutting down a customer’s system — a step NSO has taken several times in the past and will not hesitate take again if a situation warrants.