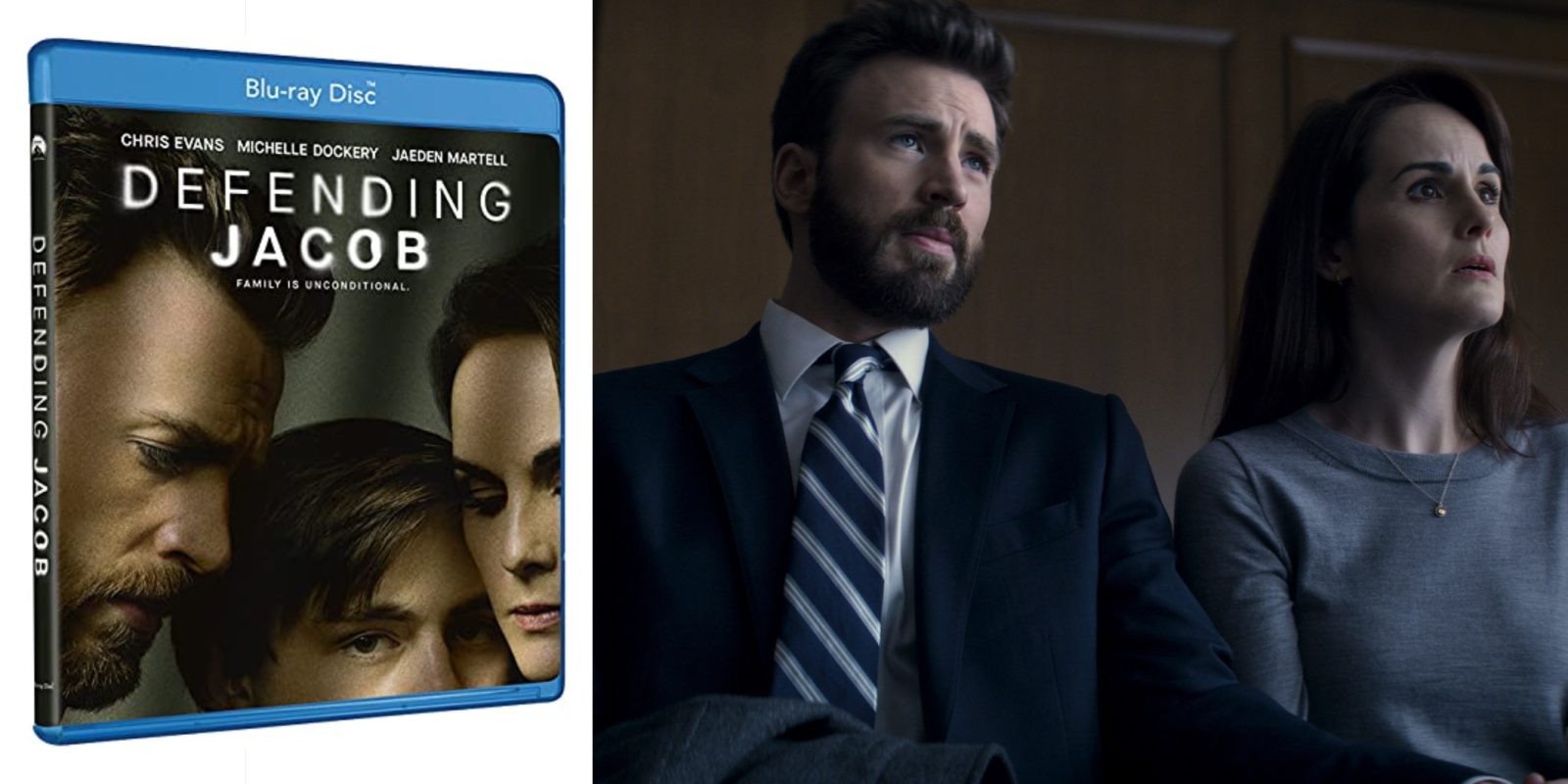 The Apple original limited series ‘Defending Jacob’ starring Chris Evans, has been released on Blu-ray and DVD this week. This makes it the first Apple TV+ original title to get a physical media disc release.

Defending Jacob debuted on Apple’s streaming service in April 2020, more than a year ago. Released a month into worldwide lockdown, Defending Jacob is believed to have been a hit for Apple TV+ with audience demand rivalling the original set of launch shows.

The crime drama series stars Chris Evans, Michelle Dockery and Jaeden Martell. Andy Barber (Evans) must defend his son (Martell) in a murder trial and goes to great lengths to prove his innocence to the court. The story is based off a book of the same name. Apple signed the show’s screenwriter, Mark Bomback, for an exclusive TV development deal following Defending Jacob’s success.

Given that Apple TV+ has been out for almost two years at this point, it seemed fair to assume that Apple had maintained release exclusivity over its original TV shows and movies, requiring everyone wanting to watch to get an Apple TV+ subscription.

However, the physical media release of Defending Jacob by Paramount shows that this is not a strict hard-and-fast rule. Travel series Long Way Up is also promoting a disc release coming later in the year.

In general, you would expect that Apple would want to keep its content exclusive to its streaming service and nowhere else to encourage TV+ subscriptions. However, Apple has never confirmed the nature of platform exclusivity. It is likely that Apple’s production deals with its partners vary and it retains more rights to some projects than others.

In this case, evidently Paramount has retained the physical media rights for Defending Jacob in order for it to be made available on disc. It even includes previously unseen bonus content and special features. The disc does not appear to feature any Apple branding at all.

So, if there’s something on Apple TV+ that takes your fancy but you are averse to signing up for ‘yet another’ streaming service, there’s now some hope that your favorite show could be made available elsewhere down the line. (I know some movie buffs have been wanting Blu-ray versions of Apple TV+ movies like Greyhound and Wolfwalkers to add to their collections to own forever.)