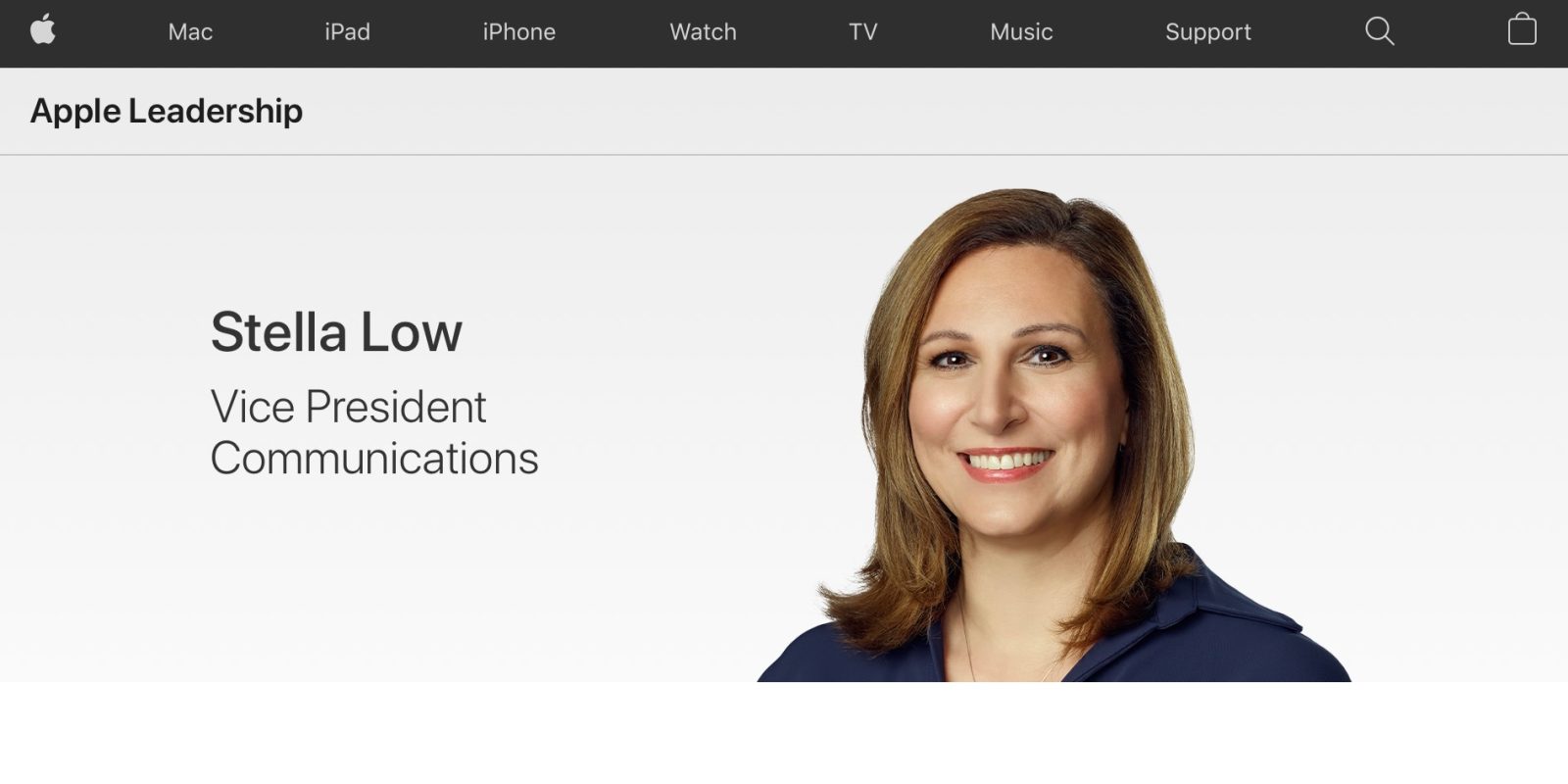 At Apple, Low succeeds Steve Dowling, who was named vice president of communications in April 2015 and left the company in October 2020. During the gap between Dowling’s departure and Low’s hiring, Apple Fellow Phil Schiller was put in charge of Apple’s public relations efforts.

On her new webpage on the Apple Leadership website, Apple offers some background on Low’s career:

Stella has over 30 years of experience in marketing and communications. Prior to joining Apple in 2021, she was Senior Vice President and Chief Communications Officer at Cisco. She has also held leadership roles at Dell Technologies and EMC.

Originally from the UK, Stella holds a bachelor’s degree in Business Studies from London South Bank University. She serves on the board of the Bay Area division of the American Heart Association.

Apple also details that Low will be responsible for not only leading the public relations team but also employee communications: