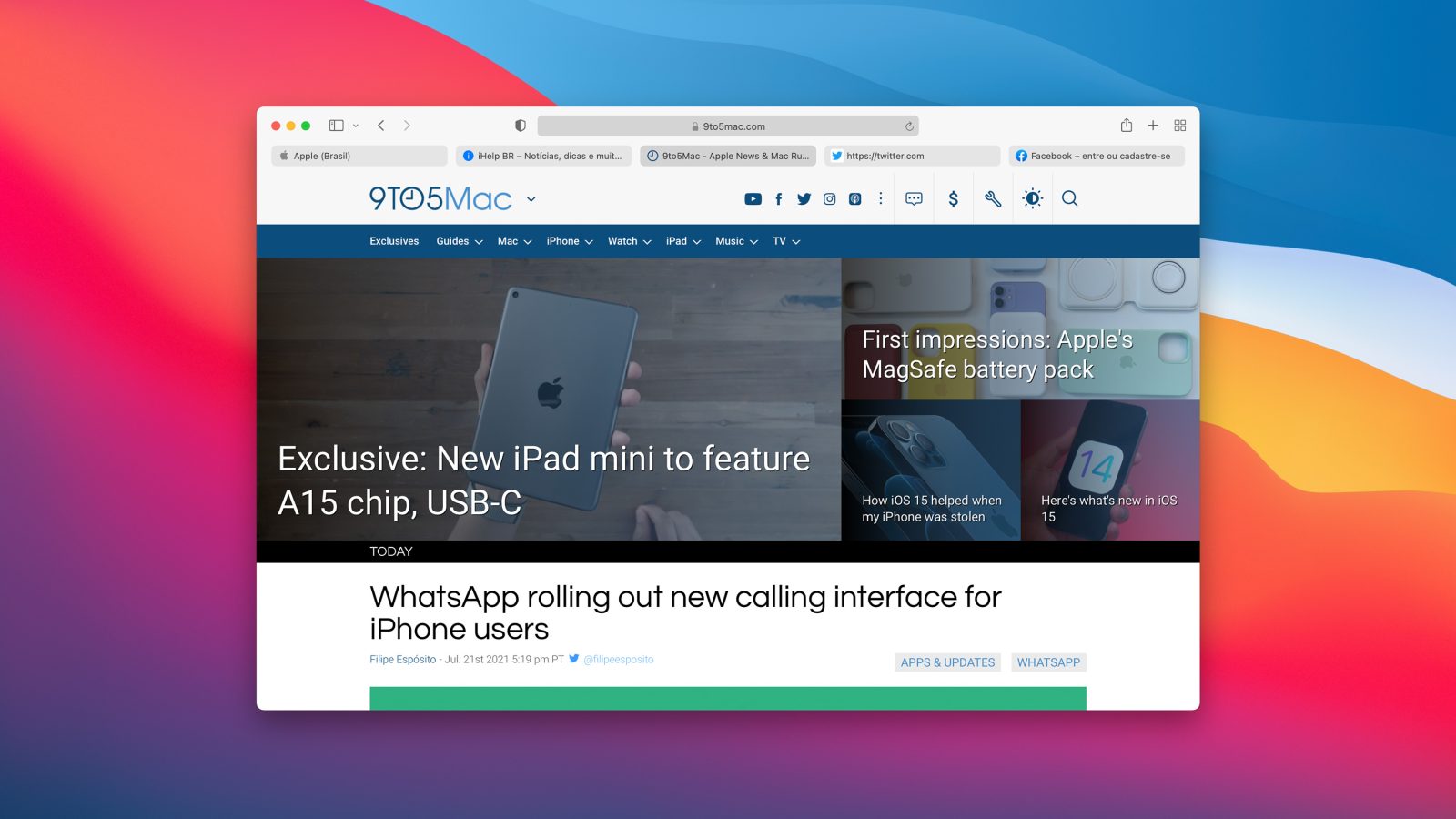 Apple has introduced a new redesigned version of Safari with macOS Monterey, which is expected to become officially available later this year. And while the company has already brought the new features to the Safari Technology Preview, Apple is now inviting macOS Big Sur and Catalina users to try Safari 15 beta before the official release this fall.

Safari Technology Preview is an alternative version of Apple’s web browser focused on developers as it comes with beta features that are not yet available in the regular version of Safari. However, today’s release of Safari 15 is a regular beta version for selected users from the AppleSeed program.

Safari 15 introduced a new browsing experience that unifies the address bar with the tab bar. To achieve this, multiple buttons have been hidden from the main interface and tab management has changed significantly, which has upset many users since the first beta release of macOS Monterey was announced in June.

Following the complaints, the company has once again redesigned some elements of the new Safari interface. This time, the new unified design is optional, and users can still use the web browser with the old tab bar experience. Apple is inviting more users to get additional feedback before releasing the new Safari to the public.

We are extending you an invitation to join the AppleSeed Program and to take part in shaping Safari 15 for macOS Big Sur and Catalina. As a participant, you’ll get to test-drive pre-release software and provide your feedback.

Unfortunately, there is no way to sign up for the AppleSeed program, as Apple randomly chooses which users the company will invite to try out beta software. Those invited will receive an email with details to download Safari 15 beta from the AppleSeed website.

If you were not invited but want to install the new Safari on your Mac before upgrading to macOS Monterey, you can download the latest version of the Safari Technology Preview. Just keep in mind that the Technology Preview version may come with some additional features that will not be immediately available with the official Safari 15 release.