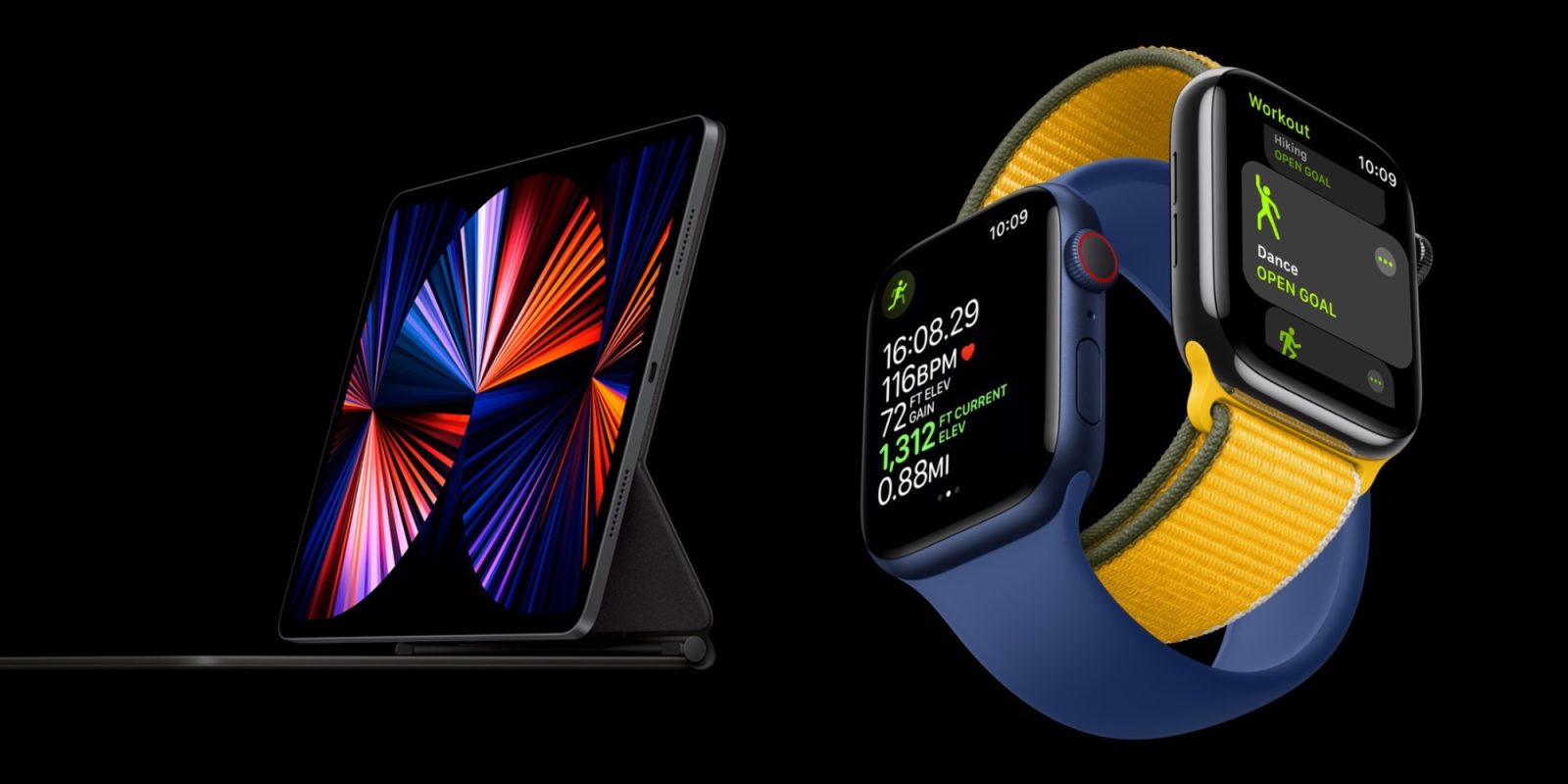 All of today’s best deals are headlined by a series of new all-time lows on Apple gear. First up, we’re looking at a $99 discount on the new M1 11-inch iPad Pro, which is live alongside a rare discount on the Apple TV HD with new Siri Remote at $130. Plus, you can save on a selection of Apple Watch Series 6 models at $100 off. Hit the jump for all that and more in the latest 9to5Toys Lunch Break.

Amazon is currently offering Apple’s new M1 11-inch iPad Pro Wi-Fi 128GB for $700 in both styles. Down from its usual $799 price tag, you’re looking at the best price to date with $99 in savings that’s also $49 under our previous mention. Those same savings also carry over to the 256GB model at $799.99, as well as Wi-Fi + cellular models and other configurations.

Apple’s latest iPad Pro arrives powered by the M1 chip that has graced its most recent Macs. Alongside its 11-inch Liquid Retina display, you’ll be able to count on all of the power of a MacBook thanks to Thunderbolt connectivity and Wi-Fi 6 support. That’s alongside all-day battery life, Apple Pencil support, and Face ID. Get a closer look in our coverage.

Amazon is now offering the latest Apple TV HD 32GB with new Siri Remote for $130. Typically fetching $149, you’re looking at the first notable Amazon discount with today’s offer saving you $19 to mark a new all-time low. While not the refreshed Apple TV 4K with the A12 Bionic chip, this HD model delivers a similar overall set-top box experience with support for 1080p streaming. You’ll still get all of the access to Netflix, HBO, Disney+, and other services, alongside Apple Arcade, Fitness+, and HomeKit hub functionality, just in a package that may be better suited to the guest room or office than the main home theater. Not to mention, the all-new Siri Remote that owners are raving about.

Save $100 on Apple Watch Series 6 models

After seeing the official Sport Loop bands go on sale to start the week, Amazon is now carrying the savings over to a selection of Apple Watch Series 6 models. Starting at $319, you’re looking at a series of styles with new all-time lows attached on everything from aluminum GPS models to Cellular offerings at up to $100 off.

Apple Watch Series 6 arrives as the brand’s flagship wearable, delivering all of the usual fitness tracking features alongside an integrated blood/oxygen sensor. Alongside an even brighter always-on display, you’re also looking at the inclusion of the new U1 chip and faster charging times. Plus, with the upcoming release of watchOS 8 (public beta now available), you’ll be able to monitor respiratory rate while sleeping, set multiple timers at once, and try out all of the other new features. Get a closer look in our hands-on review.

Native Union up to 25% off back to school sale

Today, Native Union is launching its annual back to school sale, offering rare discounts across its entire collection of iPhone accessories, chargers, cases, and more. This marks only the second notable time this year that we’ve seen its selection of gear on sale, with the new MagSafe Booster Duo Rise Dock bundle at $80 leading the way. Down from the usual $90 price tag you’d pay, today’s bundle marks the first notable discount and a new low. Having launched just earlier this summer, Native Union’s take on Apple’s wireless charging spec is comprised of solid black zinc and pairs with an included 7.5W MagSafe-compatible charger. You can get all of the details in our hands-on review.

Amazon is currently discounting a selection of Eve HomeKit accessories headlined by its Color LED Light Strip for $70. Down from its usual $80 going rate, you’re looking at $10 in savings with today’s offer marking only the second notable offer of the year that matches our previous mention for the 2021 low. Eve’s Light Strip works with Siri as well as the rest of your HomeKit setup out of the box and features a standalone design, meaning an additional hub isn’t required. It’s a great option for adding bias lighting throughout your smart home, whether it’s behind a TV or monitor, on a shelf, and more. In our hands-on review we said that “you won’t find an overall better option if you’re in the market for a Wi-Fi-based light strip.”