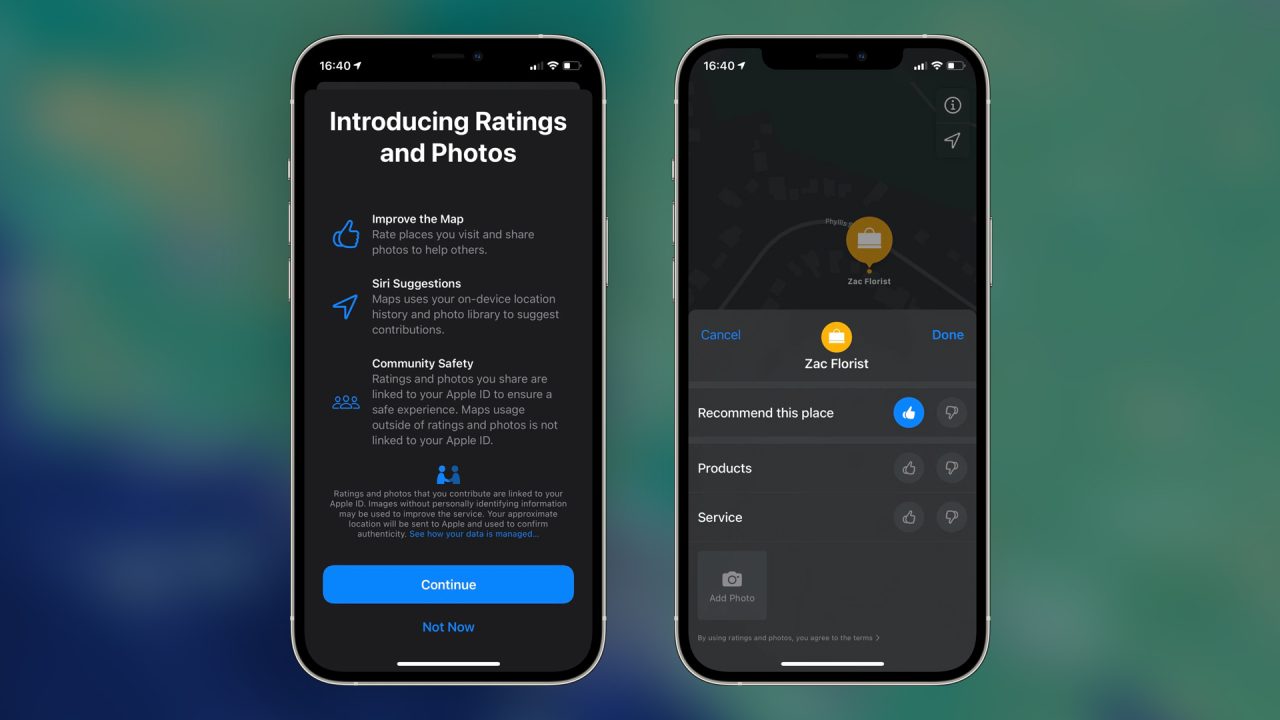 Apple introduced with iOS 14 last year a new ratings and photo system for points of interest in Apple Maps that was built entirely by the company without relying on third-party services. Now these features are being rolled out to US users.

Apple Maps has always relied on third-party platforms like Foursquare, Yelp, and TripAdvisor to show reviews of a place on the map. While this came with the benefit of having thousands of reviews from these partners’ databases, users had to download other apps to submit their own reviews.

With the release of iOS 14 in 2020, Apple has introduced its own solution for reviews in the Apple Maps app. However, the company surprisingly began testing it only in some countries in Europe, and then it was expanded to more countries in Asia and Latin America.

According to MacRumors, Apple’s own system of ratings for points of interest on Apple Maps is finally available in the United States. Apple uses a thumbs-up or thumbs-down system for these reviews, with questions asking users whether they recommend the place, its products, and services.

Apple also provides an option to upload a photo of the place of business, which will appear alongside the reviews provided by Yelp or other platforms. Unfortunately, there is still no option to write a text review using Apple’s new system. In order to get access to the new Apple Maps ratings system, users must have a device running iOS 14 or later.

With another expansion of these new features, it’s not hard to imagine that Apple plans to ditch with its partners in the future to keep only its own reviews solution in the Apple Maps app. The list of countries that already support Apple’s own rating system in Apple Maps is available on the company’s website.