Remembering Steve: 10 years ago today, the legendary cofounder of Apple resigned his post as CEO 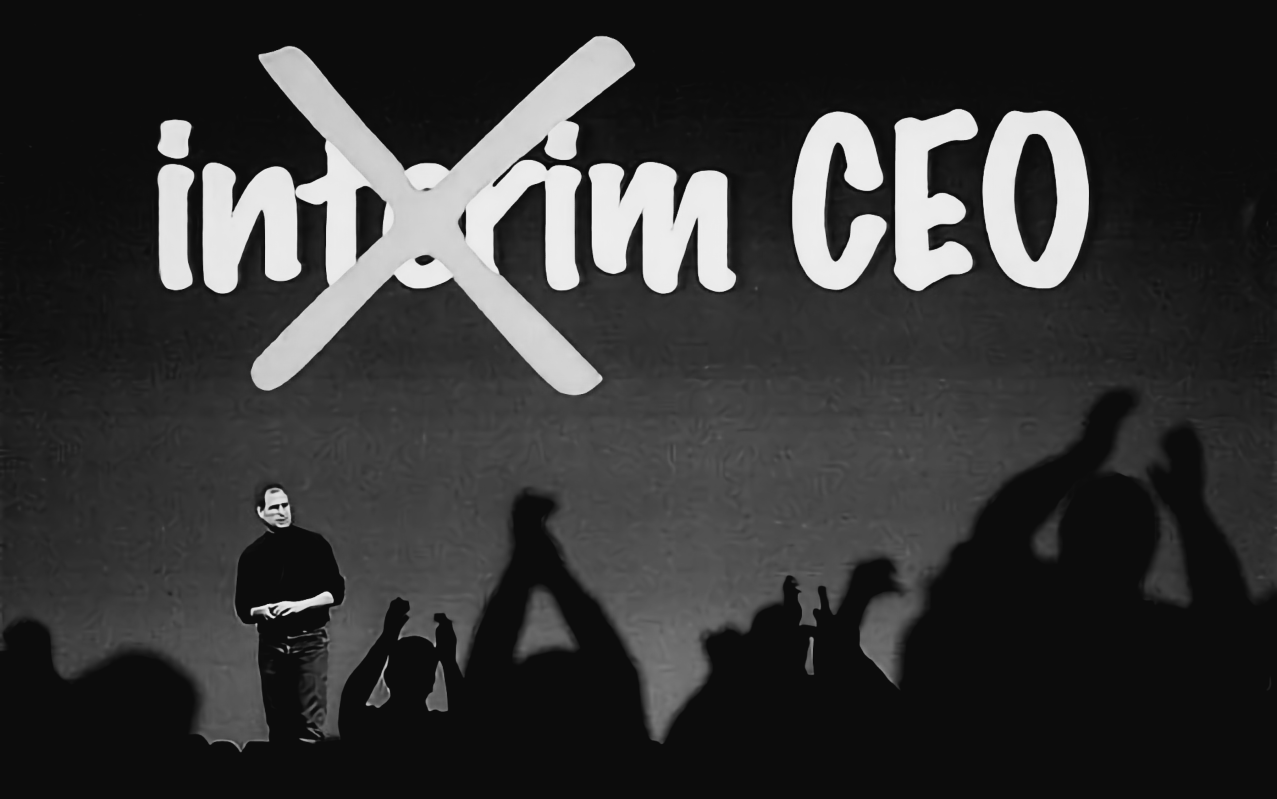 Around 6:30 p.m. EST on August 24, 2011, Steve Jobs stepped down as the CEO of Apple. I remember sitting in my friend’s living room as the television switched to the breaking news. I was only in middle school at the time, but Steve’s influence had already weighed heavily on me. It was a difficult moment. As a kid I’d put together faux keynotes on our family iMac and presented my product ideas to an imaginary audience. I remember making movies about him at Apple Camp at my local Apple Store. His portraits even adorned my wall. He was my hero and I knew the moment that he resigned was the beginning of the end.

Since January of 2011, Steve had been on another medical leave because he was experiencing issues with his liver transplant that he had received in 2009. All of us fans knew that Tim Cook had been at the helm and that he was more than capable as leader. In the years leading up to this moment, Tim had been rolled out more than once on the keynote stage to become one of Apple’s handful of prominent and familiar faces.

But nothing can prepare you for the moment something earth shattering yet completely inevitable happens. We knew that Steve was in a fragile state, but he had always pulled through. After all, that was Steve’s thing. He was the quintessential comeback kid.

When we all saw that dreaded press release, it was clear something was very wrong. Titled “Letter from Steve Jobs,” it was a short note from Steve himself addressed to both Apple’s board of directors and to the Apple community. Steve was succinct. He said he could no longer meet his “duties and expectations as Apple’s CEO.” After reading that sentence it was pretty evident what was to come next, but it was still shocking nonetheless. With a few more keystrokes, he had resigned.

Steve didn’t want to give up all of his duties at Apple though and asked the board to allow him to remain as chairman. He told the board to name Tim as CEO and he thanked his team for their work and friendship.

As a compliment to Steve’s note, Katie Cotton and Steve Dowling put out a press release with more details about the transition. Art Levinson, one of Apple’s board members and soon-to-be chairman said:

Steve’s extraordinary vision and leadership saved Apple and guided it to its position as the world’s most innovative and valuable technology company.

Art Levinson, chairman of Genentech and Apple Board Member

Apple fans, writers, customers, investors, and employees all felt a variety of emotions. First and foremost, sadness. Steve had revived a company we all adored and turned it into an empire of epic proportions. He was the most brilliant businesspeople of our time with an uncanny ability to empower people to do their best work. Would Apple be the same without him at the helm? That sadness turned into fear as people asked whether or not an operations guru like Tim Cook could lead Apple into its next chapter and keep it the most innovative company in the world. There was a great feeling of uncertainty about the company we loved and the founder we admired. But the message was clear, if Steve trusted Tim, we should too.

Reactions from the community

When looking back on articles and videos from that day, I’m hit with chills. I can place myself exactly then. As I said before, we knew that this could happen but it would still be absolutely stunning to us. That day John Gruber said on Daring Fireball: “This is not out of nowhere, it’s not even unexpected. We could all see this was coming — but it is a shock.” He also captured the feeling I had and I am sure many of you did as well: “I saw that headline and my nervous system took a jolt.” His piece is well worth revisiting and I think he put it best when he said: “Jobs’s greatest creation isn’t any Apple product. It is Apple itself.”

Our very own Seth Weintraub reacted to the news for 9to5Mac shortly after Steve made the announcement. Seth said:

This is of course a sad day and one that we’ve had in the back of our minds for years now. After founding Apple 35 years ago in his garage in Silicon Valley, and subsequently getting pushed out less than a decade later, Jobs was brought back in 1997 when Apple was on the brink of collapse. In the 14 years since his return, Apple has turned into the most valuable company in the world by market cap. To say that he’s leaving the CEO position on top would be an understatement.

Under Jobs, Apple delivered innovations from the first widely used mouse-driven user interface to the pocketable iPod media player, which created the digital-music revolution. It delivered the first popular tablet computer, the iPad, prompting a wholesale reinvention of the media business in the process.

As chief executive officer of Pixar Studios, Jobs became the tech-savvy equivalent of Walt Disney, fine-tuning the art of computer-generated storytelling beginning with Toy Story. Today, Apple continues to expand its reign in the mobile wireless industry with its phenomenally successful iPhone.

If you want to, you can still watch the breaking news announcement on CNN from that day on YouTube. There are also snippets from ABC News’s coverage available to watch. You can read more stories from that day from The Guardian, The Wall Street Journal, The Atlantic, The Verge, The Washington Post, and The New York Times.

Steve announced that he had become permanent CEO of Apple on January 5, 2000. He had just presented two products that would be the foundation for Apple’s future: Mac OS X’s breakthrough aqua user interface and iTools, Apple’s first iteration of what is now iCloud. At the very end of the keynote, Steve dropped his signature “one more thing…” This time it wasn’t a product, it was some big personal news. Steve had been pulling double duty as both CEO of Pixar and interim CEO of Apple since 1997. In two and a half years, Steve had turned the company around with a streamlined product strategy and devices like the original iMac and iBook.

Steve said that he believed that he had proved to shareholders of both companies that he could “pull this dual CEO thing off” and announced that he was dropping the interim from his title. That single, now iconic slide, produced one of if not the biggest standing ovation at an Apple event. The room at Macworld went bananas knowing that Apple’s future was secure and in good hands, permanently. In the years to come, Steve would introduce revolutionary products like the iPod, iPhone, and iPad.

A few weeks before he resigned, on June 8, Steve presented a concept for a new campus to the Cupertino City Council. At that time he looked and sounded like Steve. He was excited about the future, about Apple’s future. After all, the campus he was presenting that would become Apple Park was both a monument to Apple’s achievements and ground zero for the next century of innovative products. Apple Park was effectively the final product Steve introduced as CEO. The place where every future Apple product would be born, even after he’d leave us. It’s hard not to wonder if Steve had known there wasn’t much time left. It’s quite fitting that Apple Park itself was his last big hurrah.

Sadly, Steve was never able to see his grand vision come to life. Apple Park wouldn’t be completed until 2017 and the company wouldn’t host its first event there until September of that same year. The theater on the campus wasn’t originally planned to be dedicated to Steve. In fact, the theater itself was part of Steve’s presentation to the town council. He noted that they previously had to go to cities like San Francisco to host events. They used to use locations like the Yerba Buena Center for the Arts in downtown San Francisco and the California Theatre in San Jose. Just a day before his presentation to the city council, he hosted the WWDC keynote and introduced iCloud at Moscone West. Of course, following his passing, the company decided to name the new auditorium the “Steve Jobs Theater.” It cemented the legacy of the “Stevenote.”

An empty seat at Town Hall

On October 4, 2011, Apple hosted its annual iPhone event. It was much smaller than it had been in the past and was hosted on Apple’s existing campus at 4 Infinite Loop, home to the legendary “Town Hall.” This was Tim Cook’s first event as CEO. You can spot lots of familiar faces throughout the audience. Most of the usual team members were there, Scott Forstall, Phil Schiller, Eddy Cue, Peter Oppenheimer, Bob Mansfield, Jeff Williams, Joz, Craig Federighi, Steve Dowling, Stan Ng, Susan Prescott, Alan Dye, and so on. But someone was noticeably absent. Steve wasn’t there. There had been talk that Steve wouldn’t be in attendance, but why he wouldn’t be was a big question. One could surmise that he may not have wanted to take away from Tim’s first event as CEO, but each executive present sounded less jubilant than they normally would.

This was made more evident by a small detail people noticed during the presentation. There was one empty seat in the front row with a simple “Reserved” label on it in Apple’s then-traditional Myriad Pro seemingly out of respect for Steve. I firmly believe that the team was preparing for what was about to happen.

The next day, Steve passed away.