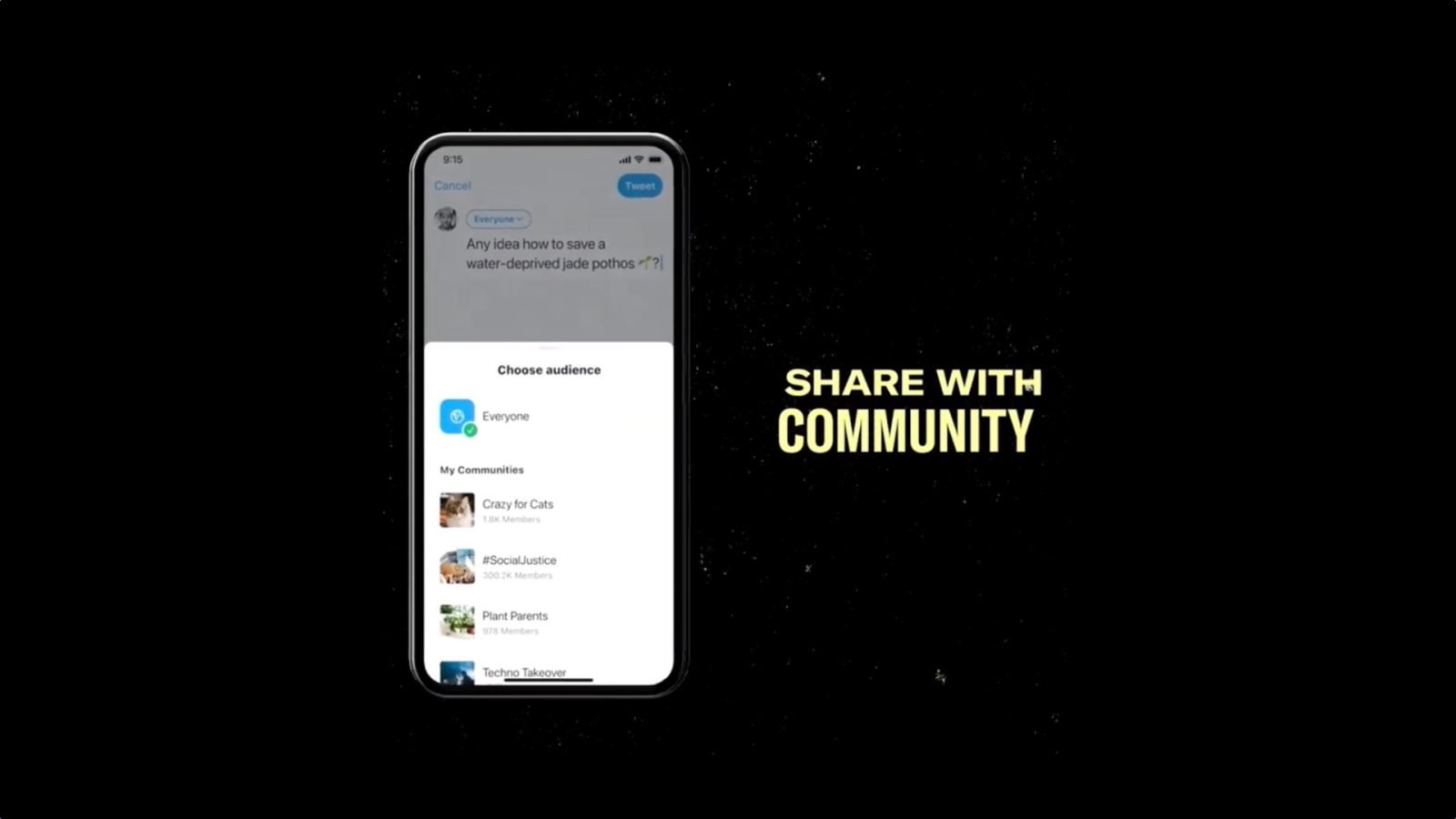 In February, when Twitter announced it was working on a new Super Follow feature, it also unveiled Community, something similar to Facebook Groups. Now, we’re rounding up everything known about this function.

It’s still not crystal clear how everything will work. Twitter Community will let users create and share tweets about a topic with a group of people. Back in February, researcher Jane Manchun Wong tweeted about this upcoming function and a screenshot of Twitter’s event.

There, you can see that users can post to “Everyone” or choose a community as “Crazy For Cats,” “Social Justice,” and “Plant Parents.”

Groups have been really popular for Facebook, as the company is relying on people sharing information, selling products, and now creating Reels. Although Twitter is yet to announce the Super Follow feature launch, researcher Nima Owji was able to discover a few more details about Community.

When you start creating a tweet, you can “Check the Community rules before joining the conversation,” which means that when creating a group, you can set some rules as it happens on Facebook.

Twitter is also probably working in two different ways to interact with other people with the Community feature:

If you notice, there’s also a new icon with two people in it, this will be the new Community tab, which was also previewed by Twitter in a screenshot in February.