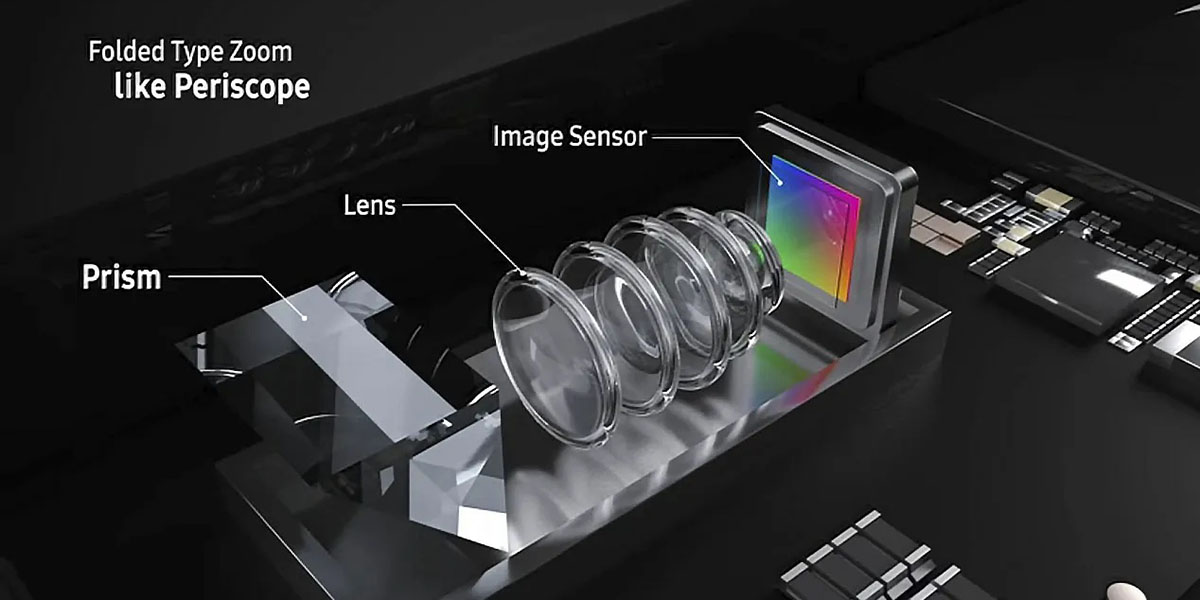 A new report from Korea says that the iPhone periscope lens expected to debut in Apple’s 2023 lineup has hit a snag. Samsung has the most sophisticated technology for those, and Apple wants to use it, but there are patent problems with the optical image stabilization system the iPhone maker wants to include.

We previously explained how periscope lenses work (check the link for the accompanying images and video).

The problem with zoom lenses is that the front and rear elements need to be a certain distance apart. In general, the higher the zoom factor, the greater this distance needs to be.

This is a problem when you want to have a high optical zoom within a very slim device like an iPhone. Apple partly gets around this with the infamous camera bump, which sees the lenses stick out beyond the rear casing, but this isn’t an ideal solution and there are still limits to how far the lens can extend before it looks silly. This is why current iPhones are limited to a 2x optical zoom […]

A periscope lens uses the same principle, but with just a single mirror, to bend the light 90 degrees. [This]  allows the length of the lens to be much longer, as the depth of the phone is no longer an issue.

There are different ways of designing and constructing a periscope lens, especially when it comes to how the lens barrel is moved to zoom in. The Elec explains that Samsung has a technical lead here, which is why Apple wants to use the company’s component.

Samsung Electro-Mechanics uses a ball guide actuator to move the lens barrel. This is considered more advanced than spring actuators that Apple is currently using on the cameras for its iPhones.

Folded zoom can accommodate more lens and larger image sensors, which requires precise control of them which ball guide method is more advantageous in.

However, the company has hit a patent snag.

Apple was expected to secure supply of the folded zoom modules from  its long-time supplier LG InnoTek while procuring the ball guide actuators from Samsung Electro-Mechanics.

If Cupertino have chosen this route, it would have replaced its actuator partners Alps Electric and Mitsumi Electric with Samsung Electro-Mechanics.

OIS are conventionally integrated with autofocus actuator to form one module. The  integrated module is Jahwa’s main product. Combining it with an image sensor and a board completes a camera module.

However, Jahwa co-developed the OIS technology with Samsung and Samsung Electro-Mechanics, raising concerns that it may not be able to supply them to Apple.

Apple is reportedly examining different ways around the problem, which might involve design changes to avoid using the patented technology, or simply paying a patent license fee to Samsung.