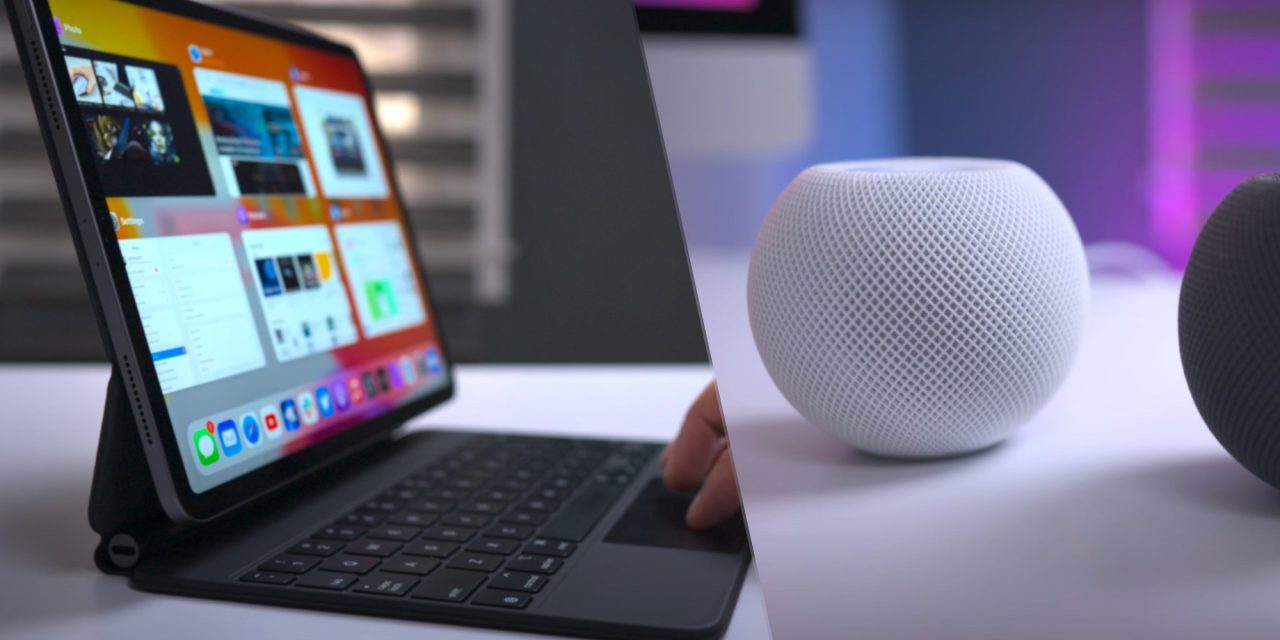 We’re heading into Labor Day weekend with all of the best Apple deals, headlined by a massive sale at Best Buy. That’s alongside a rare HomePod mini discount to $75 alongside a series of official Apple Watch bands at all-time lows from $29. Hit the jump for all that and more in the latest 9to5Toys Lunch Break.

Labor Day weekend has arrived, and so too has the latest Best Buy sale. Now live through Monday, you’ll find one of the biggest selections of deals this year on everything from Apple releases, 4K TVs, smart home accessories, electric vehicles, and more. Among all of the Labor Day discounts, our top pick delivers the Apple Magic Keyboard for 12.9-inch iPad Pro to $199. This popular deal has returned one last time to close out the summer and is now matching the second-best price to date with $150 in savings attached. Delivering a unique floating hinge design to your iPad Pro, Apple’s Magic Keyboard levels up the typing experience with backlit keys alongside a built-in trackpad.

Magnetically connecting to the back of your device, it uses the Smart Connector while also bringing an additional USB-C port into the mix for supplying power to your device. On top of working with previous-generation iPad Pros, this will also work with the latest M1 device, as well. Get a closer look in our hands-on review.

Sam’s Club is now offering members the Apple HomePod mini in both colors for $75. Typically fetching $99, you’re looking at one of the best discounts to date on the latest smart speaker from Apple with 24% in savings to be had. This is also $14 under our previous in-store-only mention.

Arriving with the fabric-covered design in either black or white colorways you’d expect from Apple, HomePod mini delivers its latest smart speaker experience that brings Siri, Apple Music, Thread support into your setup. There’s a touchpad at the top that not only indicates when Siri is listening, but also lets you adjust audio playback with just a tap. You’ll also find Apple’s new U1 chip that allows for quick music handoff from an iPhone 12.

Save on official Apple Watch bands starting at $29

Ahead of this month’s Apple event, Amazon is now discounting a selection of official Apple Watch bands, including a variety that rarely go on sale in the first place. Shipping is free across the board. Our top pick is the Apple Watch Modern Buckle Band for $99. Down from $149, you’re looking at only the second notable discount to date with 33% in savings attached and an Amazon all-time low.

As one of the more premium straps to pair with your Apple Watch, this official band arrives with a genuine Granada leather build with an inner layer of Vectran weave. The Modern Buckle lives up to its name with a two-piece magnetic clasp system that’s every bit as stylish as the leather it has been crafted from. Plus, shop additional styles from $29.

The Labor Day savings are now moving over to the smart home side of things, as abode is getting in on the saving with its popular selection of security offerings. Right now, you can score its iota All-in-One HomeKit System at $270. Down from its usual $329 going rate, you’re looking at a new 2021 low that’s $22 under our previous mention and a total of $59 off. Rocking an integrated 1080p camera into the AiO design, abode’s iota system also features an integrated siren, motion sensor, and hub that pairs with the included door sensor and remote key fob. Everything integrates with HomeKit, allowing you to arm and disarm the system with Siri alongside your smartphone. You can get a closer look in our hands-on review.

Following up this morning’s Best Buy sale, Satechi is now getting in on the Labor Day action with a series of price cuts of its own. Right now, you can take 15% off sitewide, including all of its popular Apple accessories and more. Leading the way is the new Satechi 108W 3-port USB-C GaN Charger at $64. Normally fetching $75, you’re looking at only the second notable discount with today’s offer marking the second-best price to date. Arriving as the brand’s latest charging accessory, its new 3-port offering can dish out 108W of power to three devices at a time. With a folding plug and form-factor that’s smaller than most other models out there, it is just as compelling for charging up a MacBook as it is iPad, iPhone, and more. Get a closer look in our Tested with 9to5Toys review.