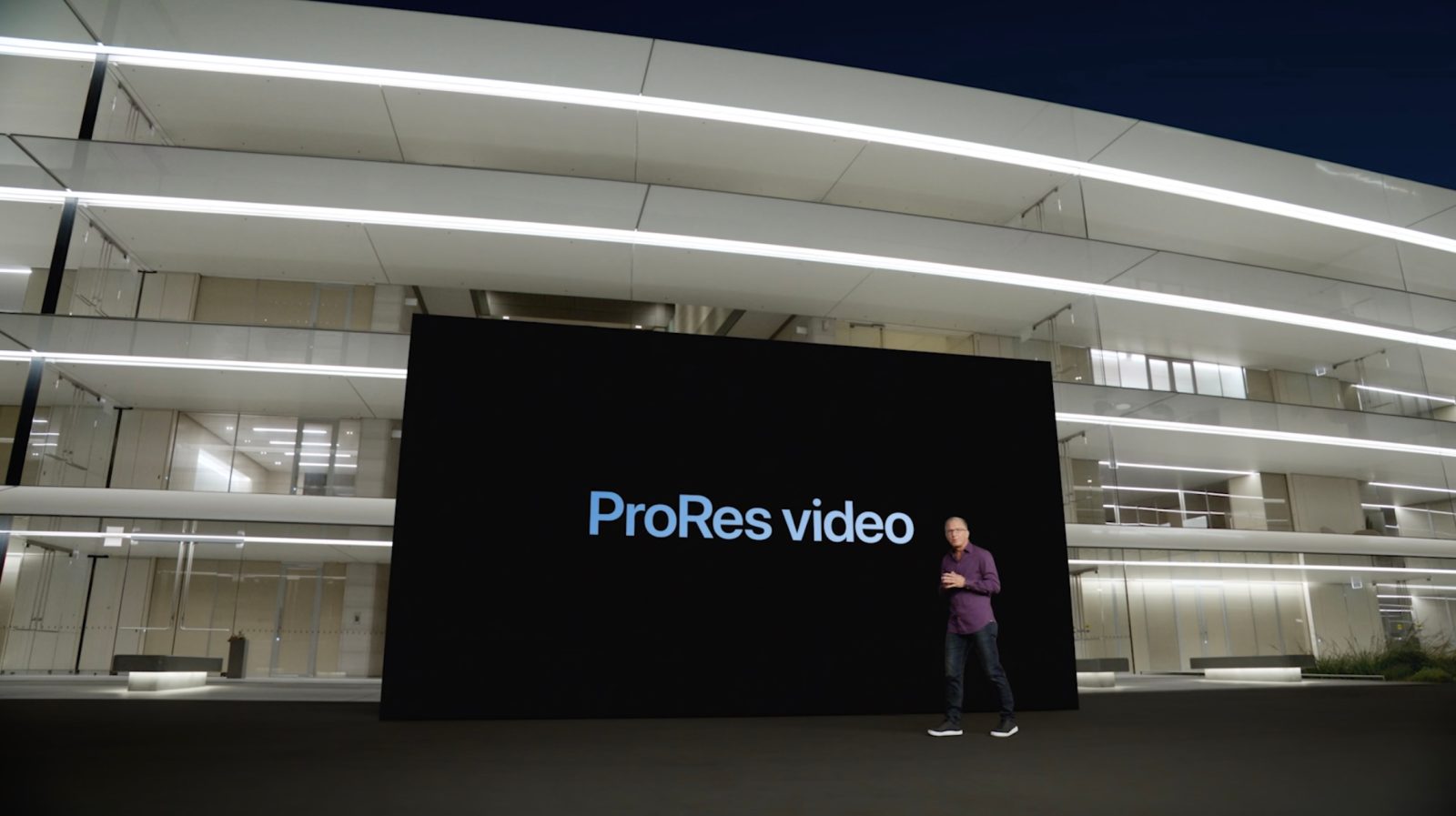 Apple’s new A15 Bionic chip found inside of the iPhone 13 Pro includes new video encoders and decoders. These major hardware updates make it possible for the iPhone to support capturing ProRes video for the very first time.

Support for ProRes, Apple’s high-quality compression format that’s widely used by Final Cut Pro users, has been on the wish list of video editors for many years now, and it’s a welcomed new addition.

Because of how well ProRes is supported on Macs, highly compressed footage is often transcoded to ProRes for smoother playback on desktop computers. With the advent of the M1-powered Macs, this has become less of an issue due to the excellent support for codecs like 10-bit HEVC.

ProRes also offers more flexibility for grading in post when compared to highly compressed formats like H.264. It’s still a lossy format, so it’s not the same as capturing RAW, but it’s a big step up for those who like to do heavy grades in apps like LumaFusion.

It’s unclear which exact flavor of ProRes Apple will support on iOS devices at this time, but Apple notes iPhone 13 Pro is capable of capturing ProRes video at 4K resolution at up to 30 frames per second.

There remain quite a few questions about ProRes support that I’m sure Apple will answer in due time. Will other iOS devices, outside of the iPhone 13 Pro and 13 Pro Max be able to play back ProRes video? Is ProRes playback limited to certain flavors of ProRes?

ProRes requires significantly more space than H.265 and H.264, which are the codecs that iOS devices have used for video capture up until now. In fact, Apple limits ProRes capture to 1080p at 30fps on iPhone 13 pro devices with only 128GB of storage. It will be interesting to see how much space is required per minute of 4K ProRes capture, but this might be one of the reasons for pro users to consider the new 1TB storage tier for iPhone 13 Pro.

Standard ProRes 422 eats up roughly 1GB per minute of video capture at 1080p30. Although that number may be different for the iPhone flavor, it illustrates how much more the storage space requirements are.

It’s neat, but the idea of capturing ProRes on iPhone doesn’t sound all that practical given the space requirements. To me the more interesting development is the ability to finally decode and edit ProRes on an iOS device, which is needed groundwork for an inevitable release of Final Cut Pro on iPad.

What are your thoughts on Apple adding ProRes support to iOS devices? Sound off down below with your thoughts.