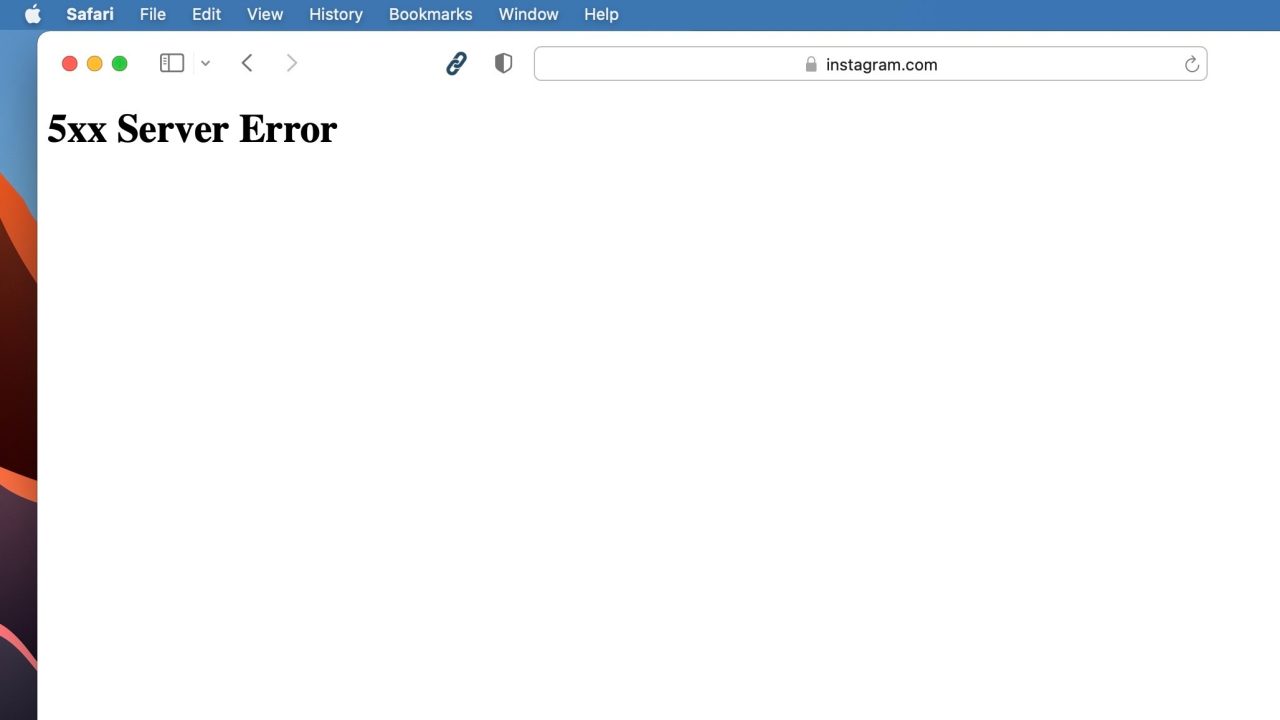 Update: 5:55 p.m. ET: Facebook, Instagram, WhatsApp, and Messenger are slowly but surely coming back up after more than 6 hours of being down. Your mileage may vary for now, but the services are in the process of coming back to life.

Update 4:30 p.m ET: Facebook, Instagram, Messenger, and WhatsApp have now been down for five hours. In the latest update, Facebook CTO Mike Schroepfer says that Facebook is “experiencing networking issues and teams are working as fast as possible to debug and restore.” There is, however, no timeline on when to expect the services to come back online.

Head below for a potential explanation…

It’s not just you: Facebook, Instagram, and WhatsApp are all currently down for users around the world. We’re seeing error messages on all three services across iOS applications as well as on the web. Users are being greeted with error messages such as: “Sorry, something went wrong,” “5xx Server Error,” and more.

The outage is affecting every Facebook-owned platform, according to data on Downdetector and Twitter. This includes Instagram, Facebook, WhatsApp, and Facebook Messenger. The outages appear to have started around 11:40 am ET/8:40 am PT and all of those services remain inaccessible.

The outages quickly started trending on Twitter as users flocked to the competing social network to check to see if other users were affected by the down time. Humorously, the hashtag “#DeleteFacebook” is also trending on Twitter as the company battles continued pushback against the effects its platforms have on younger users.

As the New York Times reports:

Facebook has already been dealing with plenty of scrutiny. The company has been under fire from a whistle-blower, Frances Haugen, a former Facebook product manager who amassed thousands of pages of internal research and has since distributed them to the news media, lawmakers and regulators. The documents revealed that Facebook knew of many harms that its services were causing.

While some Facebook, Instagram, and WhatsApp outages only affect certain geographic regions, the services are down worldwide today. This includes the United States, the UK, Brazil, Kuwait, and more.

Cybercrime reporter Brian Krebs attributes it to a major DNS problem. Krebs explains that the DNS records that tell systems how to find Facebook and Instagram “got withdrawn this morning from the global routing cables.” At this point, however, it’s unclear how this happened.

Facebook and its sister properties Instagram and WhatsApp are suffering from ongoing, global outages. We don’t yet know why this happened, but the how is clear: Earlier this morning, something inside Facebook caused the company to revoke key digital records that tell computers and other Internet-enabled devices how to find these destinations online.

In simpler terms, sometime this morning Facebook took away the map telling the world’s computers how to find its various online properties. As a result, when one types Facebook.com into a web browser, the browser has no idea where to find Facebook.com, and so returns an error page.

Meanwhile, the New York Times reports that even Facebook isn’t entirely sure what the root cause of this issue is:

Several hours into the incident, Facebook’s security experts were still trying to identify the root issue, according to an internal memo and employees briefed on the matter. Two members of its security team, who spoke on the condition of anonymity because they were not authorized to speak publicly, said it was unlikely that a cyberattack had taken place because one hack was unlikely to affect so many apps at once.

In a statement, WhatsApp acknowledges that its service is down:

We’re aware that some people are experiencing issues with WhatsApp at the moment. We’re working to get things back to normal and will send an update here as soon as possible.

We’re aware that some people are having trouble accessing our apps and products. We’re working to get things back to normal as quickly as possible, and we apologize for any inconvenience.

Facebook’s internal Workplace site and associated services for employees are also suffering from an outage today, according to Jane Manchun Wong. The company has distributed a memo to employees about the issues. Employees are referring to this as a “snow day,” including Instagram CEO Adam Mosseri.

The New York Times report says that virtually everything inside Facebook is broken, including the ability to use keycards for entering buildings, security systems, an internal calendar and scheduling tools, and more. The Verge reports that Facebook employees have turned to platforms like Discord and FaceTime for communication.

Reload this page for the latest information.