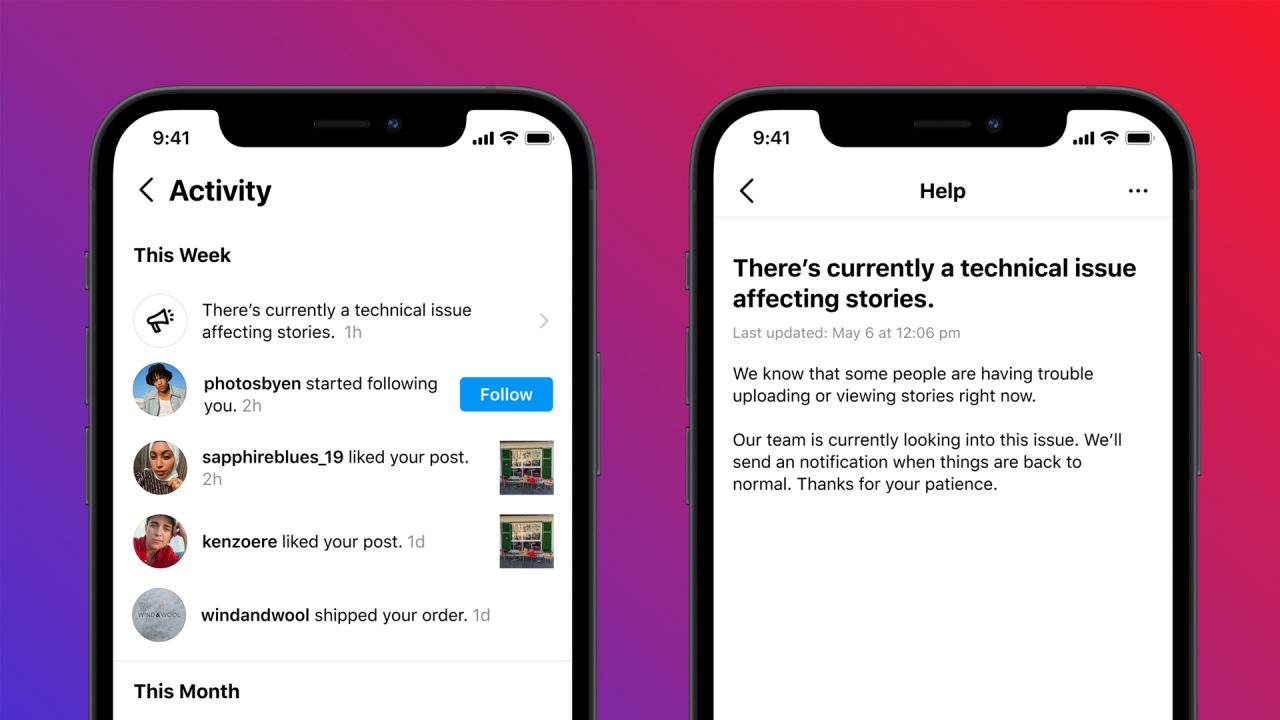 Facebook recently had a very busy week with two outages that took down all of the company’s social networks. Following these two incidents, Instagram is now testing alerts to inform users of ongoing outages on the company’s servers.

The new feature was announced by the company in a blog post (via Engadget). Instagram claims that users get “confused and [start] looking for answers” when these unexpected outages happen. According to the company, the team behind the social network now wants users to know when the app is experiencing technical issues.

Instagram says that not every outage will result in notification, so these alerts will probably be saved for more serious issues affecting a large number of users.

We’re testing a new feature that will notify you in your Activity Feed when we experience an outage or technical issue, and when it is resolved. We won’t send a notification every single time there is an outage, but when we see that people are confused and looking for answers, we’ll determine if something like this could help make things clearer.

On Monday, October 4, all Facebook services were down for more than six hours due to a major DNS problem. A few days later, Facebook, Instagram, Messenger, and WhatsApp were down once again – but this time the problem was resolved in less than two hours. As a consequence, Facebook CEO Mark Zuckerberg lost $6 billion last week.

In addition to the new outage alert, Instagram is also working on a new “Account status” section for its app. There, users will get detailed information about why their account has been suspended or a post has been removed. If the user believes that the decision was unfair, they will be able to request a review.

We’ll start by making it easier for people to know whether their account is at risk of being disabled. In the coming months, we plan to add more information to this tool, giving people a better sense of how their content is being distributed and recommended across different parts of Instagram.

All the new features announced today will be tested starting next month with a limited number of users in the US.