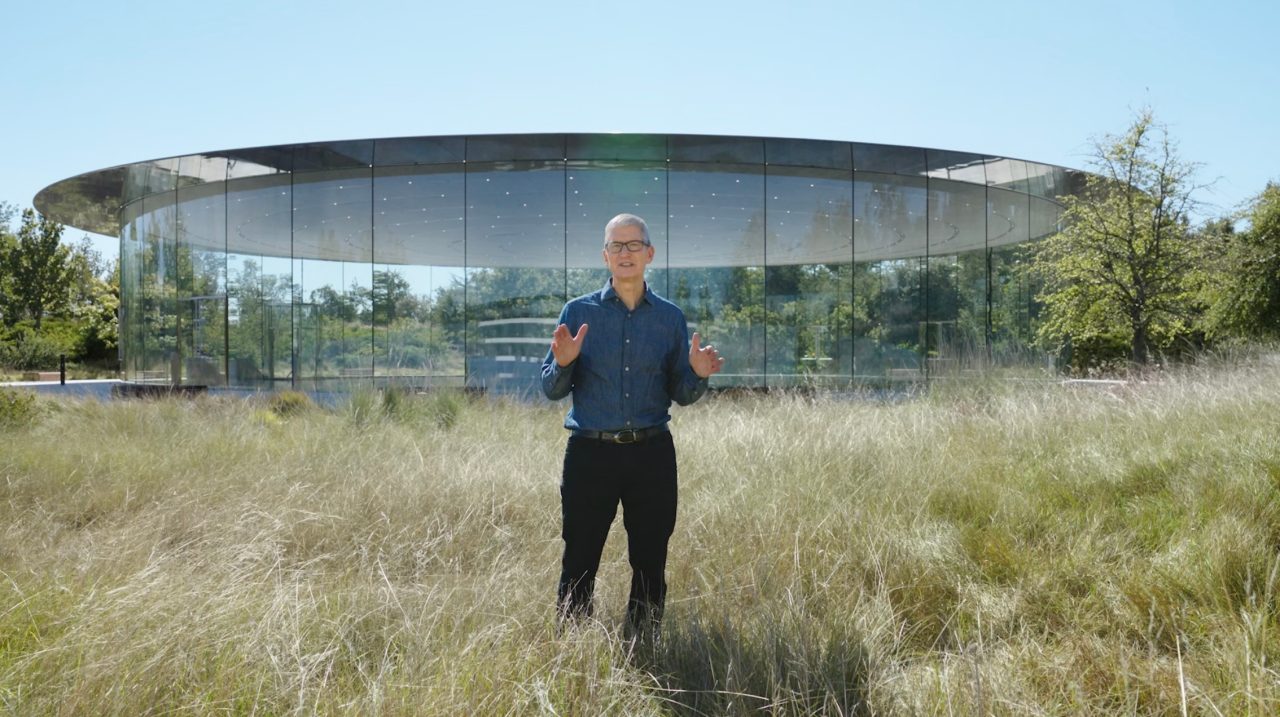 Apple today officially announced its first major redesign for the MacBook Pro in over five years. During its “Unleashed” virtual event, Apple announced new 14-inch and 16-inch MacBook Pro models, new AirPods 3, and more. Head below as we round up all of today’s announcements…

Today’s event kicked off with a pair of announcements in regards to Apple Music. First off, Apple announced that Apple Music is adding “hundreds of new mood and activity playlists” created by the service’s editorial team.

Apple Music is also adding hundreds of new mood and activity playlists created by Apple Music’s editorial experts that are fully optimized just for voice. Subscribers can ask Siri to “Play the dinner party playlist,” “Play something chill,” or even “Play more like this” for a truly personalized music experience. These new playlists are available to every subscriber of any Apple Music plan.

Secondly, Apple announced a new Apple Music Voice Plan, which is available for $5 per month. This plan allows users to access Apple Music’s entire catalog exclusively through Siri. Users can request music be played across all of their Siri-enabled devices, including HomePod mini, AirPods, iPhone, and when using CarPlay

Continuing with the focus on music, Apple then shifted its attention to AirPods. The company officially announced the new third-generation AirPods today, bringing an all-new design inspired by the AirPods Pro.

The new AirPods 3 look nearly identical to AirPods Pro, but without the replaceable ear tips. Apple says that the “contoured design” is meant to fit at “just the right angle for comfort and to direct audio into the ear.” The new AirPods are resistant to sweat and water, with an IPX4 rating for both the earbuds and the charging case.

Apple says that the AirPods use computational audio, similar to AirPods Pro and AirPods Max, to tune sound in real time based on how AirPods fit in the user’s ear. There’s also support for Adaptive EQ and Dolby Atmos.

The new AirPods 3 are available to order today for $179, and the first orders will arrive next week on Tuesday, October 26. The second-generation AirPods remain in the lineup at a new lower price of $129. AirPods Pro also now come with a MagSafe-enabled case for the same $249 price.

The HomePod mini also got a bit of attention during today’s event. Apple announced that starting next month, the HomePod mini will be available in three new colors: yellow, orange, and blue. These colors will join the existing white and space gray options for the same $99 price point.

Next up, the focus shifted to the Mac. Before diving into the all-new MacBook Pro lineup, Apple set the stage by unveiling its next-generation Apple Silicon chips. Dubbed the M1 Pro and M1 Max, Apple unveiled two new versions of the M1 chip that first debuted last year in the 13-inch MacBook Pro, Mac mini, and MacBook Air.

First off, Apple says that the new M1 Pro processor is up to 70 percent faster than M1. It uses a 10-core design with eight high-performance cores and two high-efficiency cores. For graphics, the M1 Pro has an up-to-16-core GPU that is up to 2x faster than M1.

In terms of configurations, the M1 Pro can be built with up to 32GB of RAM, compared to the current 16GB limitation on the M1 Mac models. The M1 Pro can drive up to two external displays with up to 6K resolution at 60Hz.

Next up, the M1 Max is what Apple calls the “world’s most powerful chip for a pro notebook.” M1 Max features the same powerful 10-core CPU as M1 Pro, paired with a massive 32-core GPU for up to 4x faster graphics performance than M1. The M1 Max can be configured with up to 64GB of RAM.

The new MacBook Pro lineup is available in 14-inch and 16-inch configurations. On the sides, you’ll find three Thunderbolt 4 ports as well as an HDMI port, an SD card slot, and yes, MagSafe connectivity for charging. The Touch Bar has also been removed in favor of traditional function keys for things like brightness, media playback, volume, and more.

This means that the new MacBook Pro models have display refresh rates of up to 120Hz to make the interface, tasks, and animations far more fluid than before. This is the same technology that came to the iPhone 13 Pro last month and to the iPad Pro several years ago.

Both models come with a larger display than the previous generation. The 16-inch MacBook Pro offers a 16.2-inch display with 7.7 million pixels, the most ever on a Mac notebook. And the 14-inch model gives users more screen real estate than before, with a 14.2-inch active area and a total of 5.9 million pixels.

And yes, there is a notch cutout along the top of the MacBook Pro display similar to the iPhone. In this notch is the camera, which now comes in at a 1080p resolution. The notch is also what allows Apple to make the bezels around the display even smaller than before.

The new MacBook Pros are available to order on Apple’s website starting today and the first orders will arrive for customers and at Apple Stores next Tuesday.

As you can see, today’s Apple event spanned quite a few announcements, ranging from the new AirPods 3 all the way to new top-of-the-line MacBook Pro configurations. What was your favorite announcement from today’s event? Have you placed any pre-orders? Let us know down in the comments!