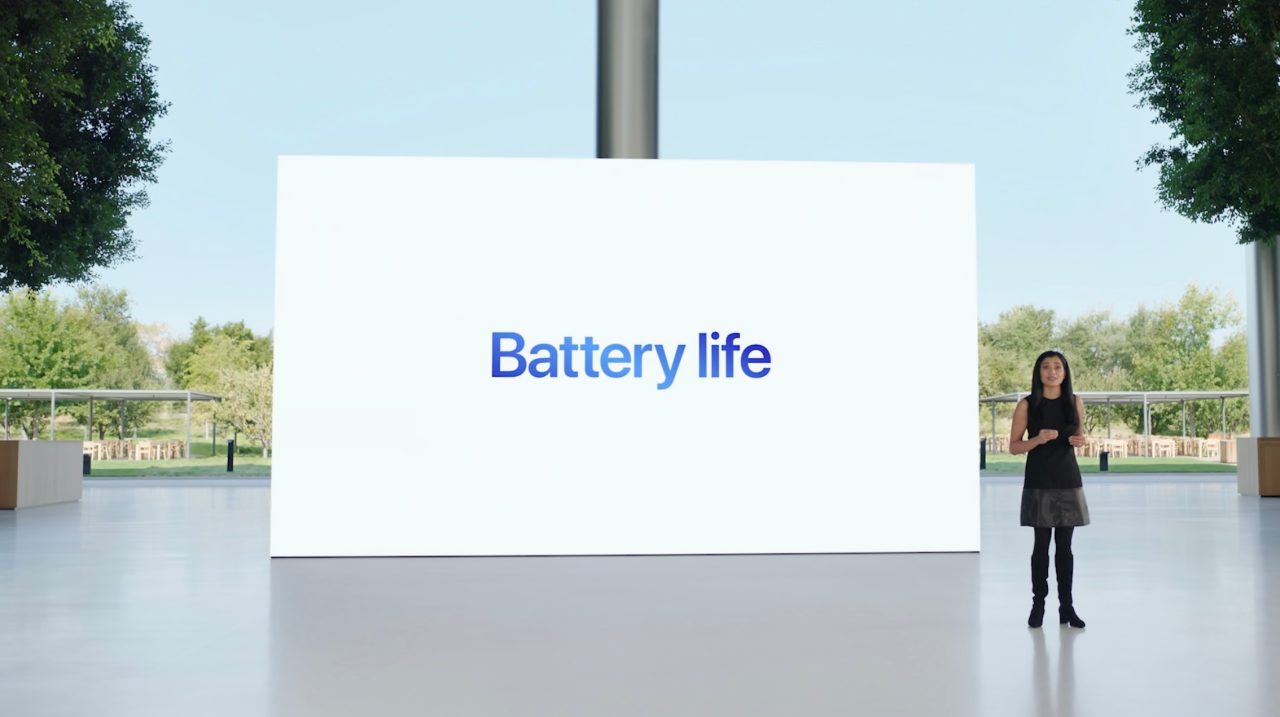 Battery life looks like it will be strong with Apple’s new MacBook Pro notebooks. Now that Apple has officially revealed the 14- and 16-inch machines, let’s look at how the new MacBook Pro battery life compares to its predecessors.

The new 14- and 16-inch MacBook Pro notebooks come with either the new M1 Pro or M1 Max Apple Silicon chips that are set to offer the best performance yet from the company’s portables.

But Apple didn’t trade power for decreased battery life with the new notebooks, as the combination of M1 Pro/Max and macOS offer greater CPU performance than 8-core PC laptops while using 70% less power.

But keep in mind, these numbers appear to be against the former Intel MacBook Pro models. If you compare the new 14-inch MacBook Pro to the 13-inch M1 MacBook Pro, it features 3 hours less battery life for video playback – 17 hours vs 20 hours.

And here’s a more detailed look at battery life with wireless web use (new MacBook Pro machines in the two middle columns):

But no matter what you compare them to, the new MacBook Pro notebooks look like they should have phenomenal performance and battery life.

Catch up on everything Apple announced at its Unleashed event: