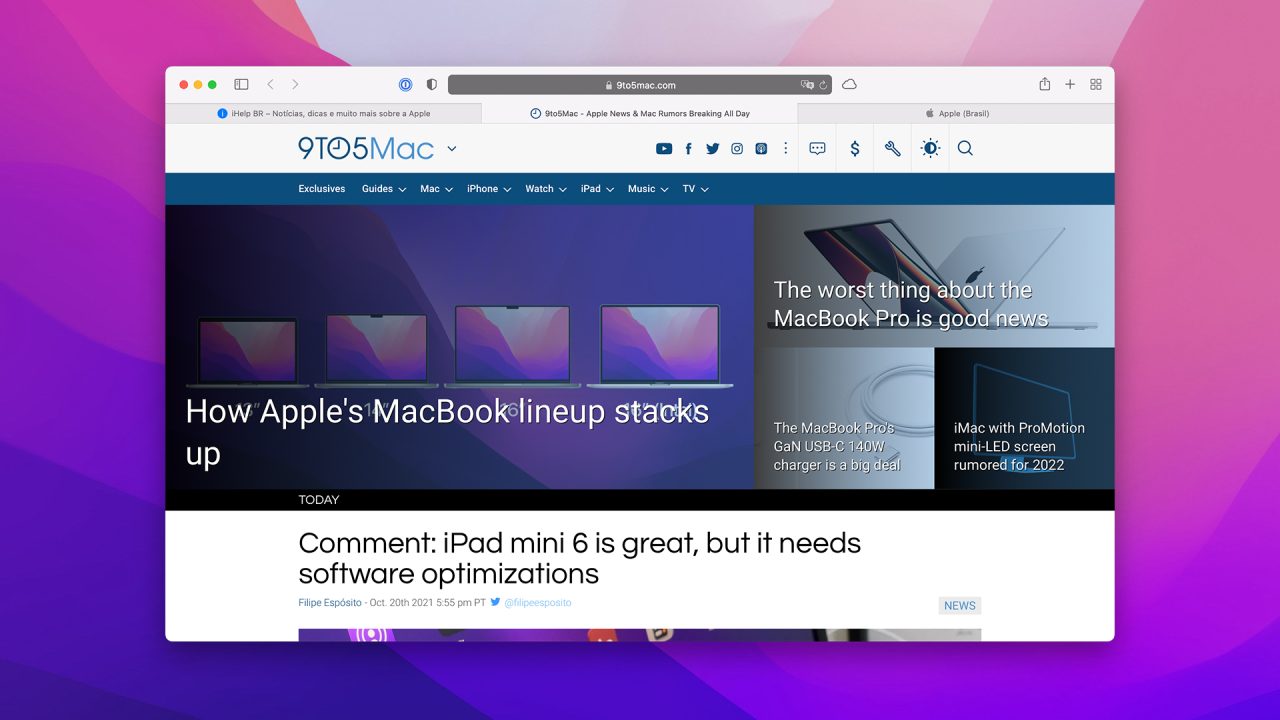 With the release of macOS Monterey RC on Monday, Apple has made another significant update to Safari. This time, the company has finally reverted Safari’s tabs to the classic design when the user chooses the “Separate” option. The same changes are now available in Safari 15.1 beta for macOS Big Sur and Catalina.

The Safari 15 update was first announced with macOS Monterey at WWDC and brought some quite controversial changes, as it unifies the tab menu with the address bar. After several complaints, Apple added an option to separate the tabs from the address bar, but this option was still different from how the tabs worked in previous versions of Safari.

Now Apple is finally reverting this option to the same classic tab design found in Safari 14 and earlier. The update was first rolled out in the RC build of macOS Monterey, and is now available as a standalone beta for macOS Big Sur and Monterey users — who can also update to Safari 15.

It’s worth noting that if you choose the “Compact” option in Safari’s settings, you’ll still get the new unified Safari interface introduced at WWDC 2021. Today’s change only applies for the “Separate” option. A similar change was made in the RC build of iPadOS 15.1, which was also released earlier this week.

Safari 15.1 beta is available for download on the Apple Developer website. A public release for all users is expected next week with the official release of macOS Monterey. Keep in mind that, unlike the Safari Technology Preview, Safari beta will replace the main version of the app on your Mac.