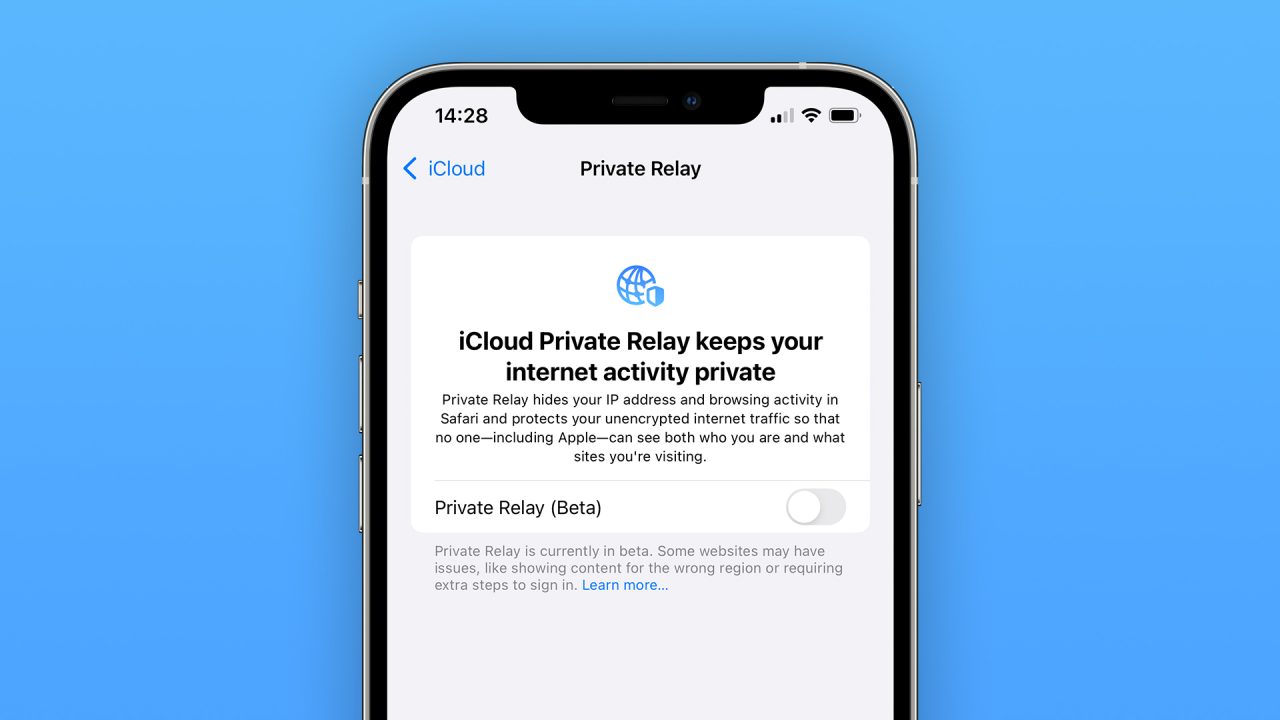 Apple says that Private Relay is a feature designed to give users another layer of privacy when browsing the web. The first relay is sent through a server maintained by Apple, and the second is a third-party operator. Today’s outage could be due to issues at Apple’s third-party operator, but the company has not provided any specific details at this time.

iCloud Private Relay was announced at WWDC over the summer. Apple then revised its plans and said that the feature would launch “as a public beta to gather additional feedback and improve website compatibility.” As such, it comes disabled by default in the iOS 15 and macOS Monterey releases.

Meta has also confirmed that an outage is currently affecting Facebook Messenger, Workplace Chat, and Instagram Direct. This could be related to the iCloud Private Relay outage if both are due to issues affecting a third-party service such as Cloudflare.

Apple has not provided any additional details on the iCloud Private Relay outage via its System Status webpage. Instead, the company simply notes that the issue is “ongoing” and first began around 1:40 p.m. ET.